The truth of the matter is that readers judge books by their covers (or blurbs or quippy subtitles), but Amazon changed the whole nature of grabbing a readers’ interest when it made the business model for e-books work, with the advent of the Kindle in 2007. Then, the online retail giant gave writers a way to get paid a bit when people borrow (rather than buy) their volumes, whether through partner libraries or through Amazon Prime. From the writers’ perspective, getting paid for a borrowed book was something very new.

Amazon will now pay self-published writers whose books get borrowed based on pages read, rather than downloads, which changes incentives for these authors dramatically.

Reactions from the literary community to this announcement have been mixed and an understanding of exactly which writers it impacts has become obfuscated. The Observer reached out to actors at all levels of the market to gauge the wider take.

“It sounds like when I was a waiter and we had to pool tips. Except that it’s writers and these are technically royalties,” writer Alexander Chee told the Observer, which is how payments to these Kindle authors have always worked. Amazon’s changing the way it divvies those royalties up. Mr. Chee’s next book, The Queen of the Night, is forthcoming.

““It seems like something I might have imagined in the satirical near-future novel I published back in 1999.”—Kurt Andersen, author of True Believers.

Hugh Howey, on the other hand, author of the e-book megahit Wool and its many sequels, wrote the Observer that everything Amazon does should be understood this way: “They care about the customer experience. Full stop. Period. End of story.” Readers are its customers, but, in a way, so are its writers who pay the company 30% of a book’s cover price for the retail giant to distribute it.

The current Amazon model takes a monthly pool of approximately three million dollars  and distributes that amongst the authors who choose to publish their titles through Amazon based on the number of borrows or downloads an author accrues. This brand new algorithm, however, calculates how long it takes an average reader to reach the end of a page while accounting for margin width and font size (so no, you can’t put all the periods in size 16 font to reach your desired page count). With this information, it redistributes those three million dollars to authors based on the number of pages a reader turned within their text. This means that for every ambitious reader who was defeated by the first hundred pages of Infinite Jest,  David Foster Wallace would have received royalties for about a tenth of the pages he produced.

Thus far, the policy applies only to writers self-publishing through the Kindle Select Program (a point that Slate argues most of the initial reactions to the announcement missed). According to its announcement, Amazon established the policy in an attempt to reconcile complaints from writers who felt some of their colleagues were gaming the downloads system, for example, by releasing books in multiple parts.

“Sort of nervy of Amazon to judge writers on whether their books are actually being read,” Gregory Zuckerman, a reporter at the Wall Street Journal and author of The Greatest Trade Ever, told The Observer,”what’s next, paying for my burger only if it’s finished or the Yankee game if I stay till the end?”

What could be at stake?

The fear is that the new system rewards novels that are easy to get through—quick-moving thrillers and beach reads—rather than big-“L”-literature or ambitious non-fiction that requires more dedicated concentration.

“It seems like something I might have imagined in the satirical near-future novel I published back in 1999,” Studio 360 host and novelist Kurt Andersen wrote the Observer in an email. “If this mode were to become anything like standard, it would probably be bad for literature and discourse and ideas and maybe even thinking itself…It would make books, the best of which are supposed to enable you to immerse in worlds and stories and arguments that are complex, become more like strung-together montages of clickbait.”

To Mr. Andersen’s point, the question is whether or not a program limited to unrepresented, self-published writers is a sign of policies to come. As one prominent literary agent, who emailed the Observer on conditions of anonymity, wrote, “When one exceptionally large and powerful organization can simply announce such profound changes, without having had to exchange in what seems to be any real or at all accessible or transparent dialogue with its partners, it gives one further concerns when it comes to what even larger changes they may announce in the future.”

Our agent added that even for his high profile clients from major publishers, their firm isn’t clear on how much the books they represent earn from Amazon’s various lending libraries.

Writers who, like Mr. Howey, came up thanks to the Kindle system see the new policy’s immediate upside, though. “I love the new payout scheme. People are still thinking about this in terms of retail, but Kindle Unlimited is a subscription program,” he wrote. “Frankly, the coverage of this switch has been shockingly daft.”

Among his peers, independent novelist Amy Cross wrote us, asking, “Is one of my pages worth the same as one of Stephen King’s?”

Ms. Cross’s books sit in a similar genre space to Mr. King’s. She first published exclusively on Amazon’s Kindle Direct Program. As she’s grown more popular, she’s expanded to other ebook publishers, such as iTunes. That being said, she also explained that micropayments through ebook lending programs have made serial fiction worth it for her to write. Her Dark Souls series comes out with fifty new pages every Monday.

The $36 million Amazon allocates annually to paying Kindle Select writers for borrowed books represents a small sliver of the estimated $20 billion U.S. book market; however, in the purely print era, no one got paid anything for borrowed books.

So, is there any chance that that the incentives represented in the new policy could foster better work as writers start out? “As a reader, I have been disappointed to find that a book I have purchased is not only poorly written, but filled with grammatical mistakes. As a writer, I am excited to be compensated on how well my book is received,” Paula Marinaro wrote The Observer. “I think this policy will encourage writers to up their game.” Ms. Marinaro released her first Kindle book in 2014.

So is reader attention the right metric for quality work? “For me, the page thing is a lousy approximation of much of anything. Not of book quality, not of value, not of entertainment,” Seth Godin wrote the Observer in an email. The serial entrepreneur and author of multiple bestsellers is known for his experiments in publishing.

“The biggest takeaway for 99% of authors is this: You can’t game this system, other than by writing things that people want to read,” Godin explained, “That’s been the approach taken by every author I’ve ever admired.” 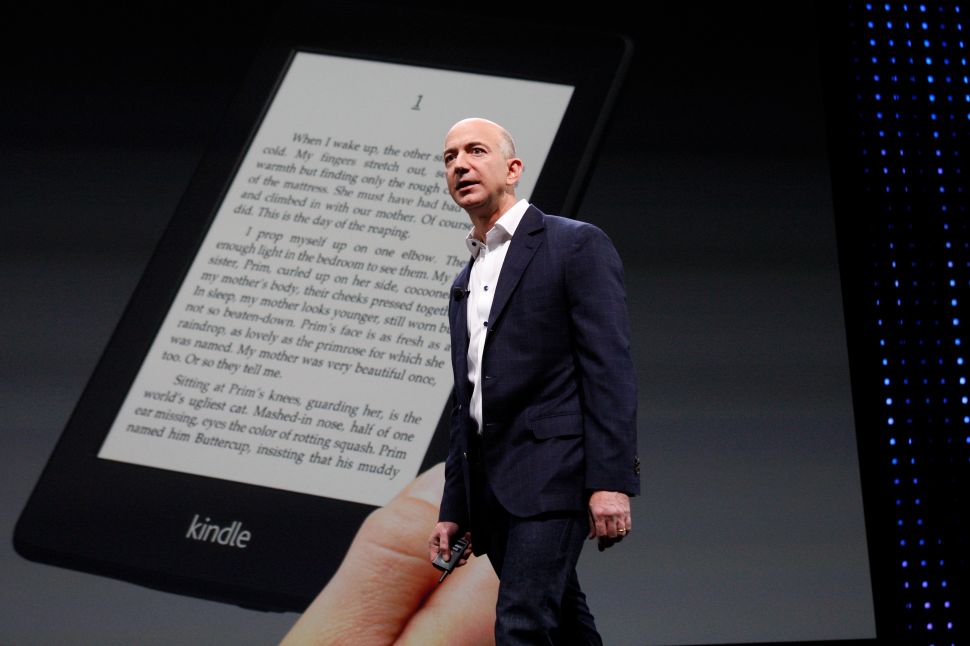