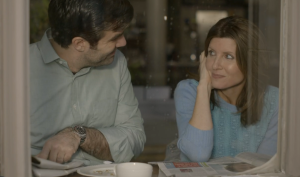 Stars, they’re just like us! Except for they’re not. Well, besides the stars of the original Amazon series Catastrophe. They’re shockingly…human. They swear. They bicker. They’re not entirely likeable. The online comedy follows shockingly true to life, with hilarious, although not necessarily sustainable, results.

Catastrophe follows Sharon (Sharon Horgan) and Rob (Rob Delaney), an Irish elementary school teacher and advertising executive respectively. The first few minutes are fast–paced and carry the story well: the pair stumble through an introduction (the bar is crowded, so Rob swiftly steps in to purchase Sharon’s drink), a week of sex and dates, and then Rob’s departure back to America. Their goodbyes are swift, no emotional grudges held, no harm no foul.

And by “no harm no foul,” I mean Sharon discovers she’s pregnant roughly a month later. Shaken, Rob returns to London to figure out his future with the mother of his child—a woman he’s only known a week.

It’s a tired concept: (surprise pregnancy shocks everyone!), but the jokes are fresh, and so is Sharon and Rob’s relationship. The actors have wonderful chemistry together (as seen in their many, many, many sex scenes), but it’s not that cloying kind of chemistry that you so often see in romantic comedy television shows—the kind of attraction that only exists because both participants are excessively good looking.

No, Catastrophe rejects the familiar notion of pure romance, often poking fun of traditional forms (Sharon is in Rob’s phone as “Sharon (London Sex),” she also gets pizza stuck to her back as Rob lays her on the bed).

The performances are strong, Mr. Delaney is a Ty Burell lookalike with Phil Dunphy mannerisms, but is less of a ridiculous caricature and much more fleshed out. Ms. Horgan is brusque and sharp, her Sharon is leveled out by Rob’s social ease.

Here’s the thing: I liked this show. I thought it was funny, sharply written, and easy to watch. The problem is that I’m not very invested in the couple, mostly because they’re not invested in each other. That kind of dynamic is great for a movie, a medium during which I can mildly care about a couple for two hours, and then remove myself. However, in a television show, it creates for a couple that, while enjoyable to watch, isn’t easy to root for. 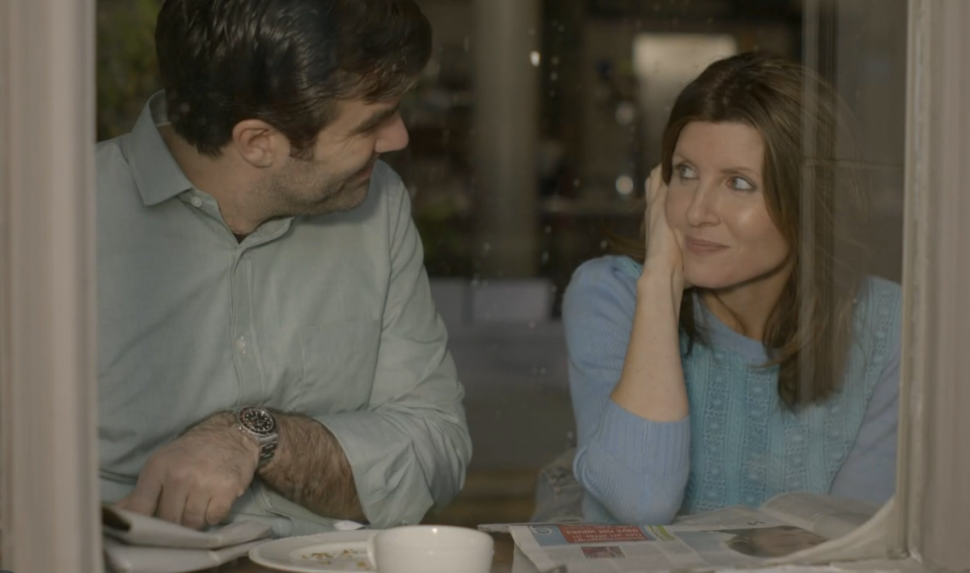