Apple Computer announced yesterday that it is promoting Lisa Jackson, the former head of the Environmental Protection Agency and the computer giant’s top executive on environmental issues, to head all of the company’s policy initiatives. With a new title—vice president of environment, policy and social initiatives—the executive will lead all initiatives on “the environment, education and accessibility.” Less trumpeted is the fact that Ms. Jackson “will also take over leadership of the company’s global government affairs and public policy teams.” In other words, she will become head of all lobby efforts for one of the biggest companies in the world.

While the lobbying portion was buried in CEO Tim Cook’s official announcement, the part that went completely unmentioned—including by The Washington Post, which lovingly covered the promotion—is Ms. Jackson’s strange, years-long history of sock-puppetry. One might think that with the issue of government officials using unauthorized emails to conduct official business front and center, the political paper of record would jump at the chance to draw a connection to the scandal plaguing Hillary Clinton.

Back when she headed the EPA, Ms. Jackson created a fake persona—a fellow named “Richard Windsor”—and created an email address for him: windsor.richard@epa.gov. As administrator, she then used that email address to conduct official business, including, according to EPA’s response to a FOIA request filed by Christopher C. Horner of the Competitive Enterprise Institute, “completing the EPA-hosted computer-based training while using that particular account.” Ms. Jackson, posing as Richard Windsor, was even granted at least six ethics and cyber-security certifications.

According to a story in The Washington Examiner back in 2013, the EPA “offered no explanation for Jackson’s decision to enroll in the ethics and cyber-security courses under the fake name rather than her own. The courses are offered through EPA’s Information Technology department and are required for many top agency officials.”

Richard Windsor was first awarded a certificate of completion for “E-mail Records Management” on Nov. 2, 2009 – just a few months after Ms. Jackson had been appointed by President Obama as EPA’s top executive. Using the same alias, she also received three different certificates for ethical behavior.

Ms. Jackson had announced in December 2012 that she’d be leaving the EPA. But the alias was only brought to light on May 31, 2013, just two days after Apple CEO Tim Cook announced she’d be joining the company, a “high-profile hire that was welcomed by environmental organizations such as Greenpeace,” according to the San Jose Mercury News. This of course was years before Hillary Clinton’s use of a private email account and server to conduct official business has turned into a campaign-threatening issue. It is unclear exactly why Ms. Jackson also used an email address other than her own to conduct official business and whether her intent was to thwart public access to her official correspondence.

Yesterday’s Post story about Ms. Jackson’s meteoric ascent simply mentions that Ms. Jackson joined Apple “shortly after resigning as administrator of the EPA,” linking to an earlier Post story about the resignation, a story that also fails to mention the weird sock-puppet incident. Nowhere in the Post story is the issue raised, a striking omission in light of the scandal involving Ms. Clinton.

A chemical engineer by training, Ms. Jackson had served as a staffer at the EPA for years before joining the New Jersey DEP in 2002. Governor Corzine appointed her commissioner of that agency in 2006 (she also was his chief of staff for a bit before moving to Washington to take the EPA reins). In New Jersey, she was well liked and worked effectively with both parties, though predictably her efforts to impose stricter environmental standards weren’t always welcomed by the business community. One state senator described her to the Observer as “cordial, pleasant, likable, but doctrinaire, and [she] seems even more left at EPA than she was here.”

The fellow who filed the FOIA request that busted Ms. Jackson, Christopher C. Horner—who’s literally a Fellow, which is his title at the Competitive Enterprise Institute—is regarded as a gadfly among environmentalists. And many journalists treat his skepticism about man-caused global warming as they would Holocaust denial or 911-Truthism. But Mr. Horner is not so easily dismissed. He holds a law degree from Washington University and has written best-selling books and serious papers. But even if one puts his views in a box with Elvis Is Still Alive stuff, the FOIA requests themselves are harder to ignore.

It’s never been fully explained why Ms. Jackson used the Richard Windsor identity. Mr. Horner told the Observer that she had “asserted at a speech at Princeton that she had not wanted to create the false-identity account, but that those mean career employees talked her into it … Why she felt compelled to go along with the original idea, whatever its actual genesis, is beyond me; she continued to use [personal email address redacted] to correspond with certain lobbyists, such as for Siemens, and Michael Brune of Sierra Club.”

(Emails from the Observer to Ms. Jackson had not been returned by press time; if we hear from her, this story will be updated to reflect her comments.)

The claim that Ms. Jackson had been persuaded by underlings to break the law intrigued the indefatigable records requester. According to Mr. Horner, he was offered a deal by the EPA: “I FOIA’d any records reflecting this; EPA decided to not respond to that request, but did offer to begin processing it and others in 100 years after completing processing our request for Jackson’s Windsor emails, at the low, low rate of 100 per month…alternately, they suggested, we could drop the Windsor request and they’d treat our other requests as the law requires. Or, at least like they treat most everyone else’s requests. We are presently in court on the Windsor stunt.”

So there you have it. Well-liked bureaucrat rises methodically through the ranks of state and federal agency, invents alias and uses it for years for official business, then lands top job at top company. It’s a New Jersey tale. 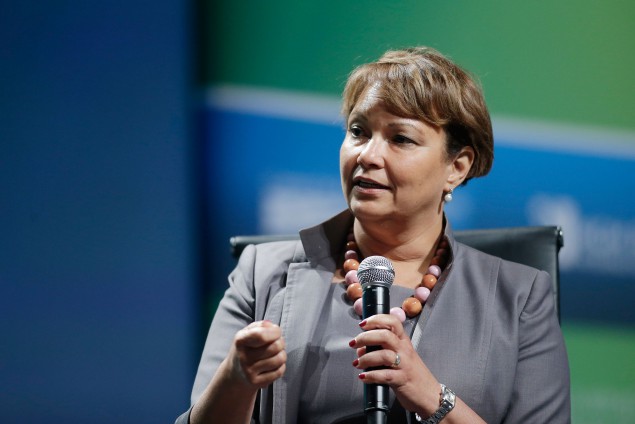