In the unlikely event that we are called to answer for our misdeeds at the end of our lives, Dennis Hastert will have a lot of explaining to do. The former Speaker of the House will have to explain why he turned a blind eye to Rep. Mark Foley’s abuse of adolescent Congressional pages. Mr. Hastert will also have to explain why he paid $1.7 million to an unnamed individual to “compensate and conceal” misconduct from Hastert’s days as a high school wrestling coach, and whether he abused a second unnamed individual during his coaching days.

The justice system is trying to hold Mr. Hastert accountable for something much more mundane. Last Thursday, Mr. Hastert was indicted on two counts of “structuring” for withdrawing his own money to make the payments, and for lying to FBI investigators about what he did with the money. Each structuring charge is a federal felony that carries a maximum penalty of five years in prison and a substantial fine.

Under the Bank Secrecy Act, a bank must submit a Currency Transaction Report to the federal government for any withdrawal or deposit of at least $10,000. Dividing a larger sum of money into smaller chunks in order to avoid triggering a CTR is known as structuring.

The government is not alleging that Mr. Hastert spent his money illegally. It’s not against the law to compensate someone you’ve wronged, and confidentiality provisos are routine parts of settlements. Large cash withdrawals raise the specter of tax evasion, but the government has not charged Mr. Hastert with any tax-related offense.

Mr. Hastert is not the first prominent figure to run afoul of structuring laws. In 2008, Eliot Spitzer faced structuring charges for wiring four payments of less than $10,000 each to a prostitution ring. Spitzer resigned as governor of New York, and the charges were later dropped.

Mr. Spitzer and Mr. Limbaugh were withdrawing their own money to spend it illegally. However, structuring laws are increasingly being deployed against citizens who are not accused of anything besides wanting to keep their private financial dealings private.

According to former federal prosecutor Robert Mintz, prosecutors used to reserve structuring charges for defendants they were also accusing of money laundering. However, in recent years, prosecutors have become more willing to charge structuring alone, without even alleging that the structuring was linked to another crime.

Johnny S. Gaskins, a prominent North Carolina defense lawyer, was convicted of 2010 of structuring in for making multiple sub-threshold cash deposits. All sides agreed that Gaskin had earned the money legally and paid every cent he owed in taxes. Gaskin said he skirted the limit because he didn’t want bank employees to know he kept so much cash on hand.

Gaskin’s supporters said he skirted the reporting limits to safeguard the privacy of his attorney-client relationships. Currency Transaction Reports could alert the federal government that Gaskins was getting paid to defend his clients against the federal government. Gaskin was convicted and sentenced to probation. He was disbarred because of the conviction.

Structuring laws are billed as tools to catch money launderers, drug dealers, and terrorists. However, it is difficult to justify prosecuting someone for structuring simply for withdrawing his own money when there is no evidence that he was using the money for any illicit purpose.

Stand-alone structuring prosecutions are an abuse of prosecutorial discretion. We need structuring laws to combat money laundering, but there’s no social benefit in prosecuting people who can’t be tied to any other crime.

Dennis Hastert has harmed society in countless ways. Withdrawing his own money to make amends is the least of it. 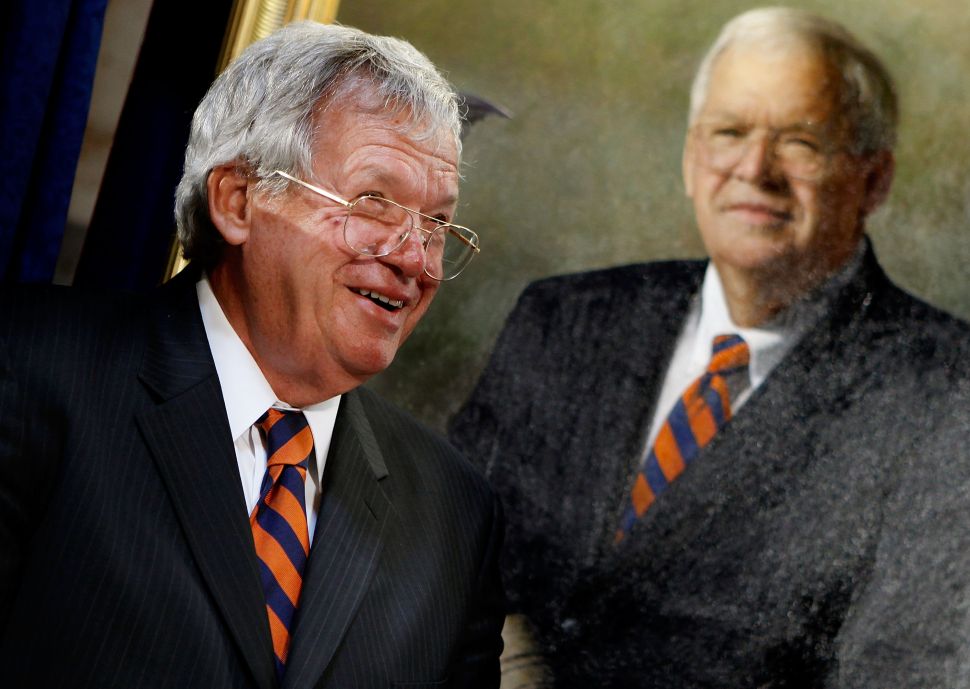