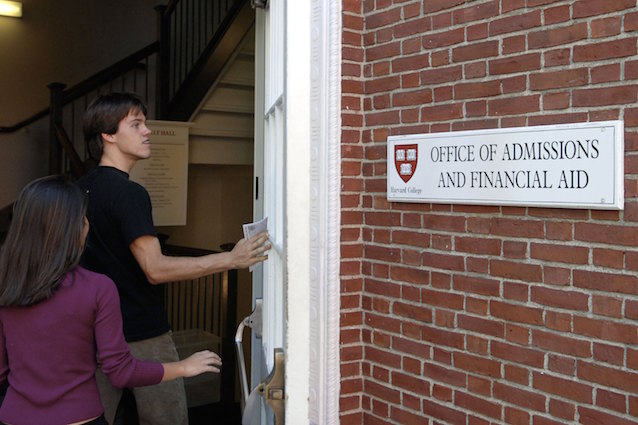 The Coalition’s complaint is based on a false assumption: that admissions decisions at elite colleges are based on smarts, as represented by high SAT scores and grades. Yes, those metrics count a lot. But they come into play only after an applicant’s “tag”—his or her target group—is assigned. That’s because top schools are not looking just for the smartest kids, or for well-rounded kids; they’re looking to put together the well-rounded class. Kids who will fill key niches on campus.

About 50 percent of a highly selective college’s entering class will be admitted solely on academic potential.

Admissions deans are charged with putting together a freshman class that reflects the desires of important constituencies: the faculty, alumni, and even students. The most powerful constituency is the faculty. Teachers are numerous, long-term, vocal, and largely protected by tenure. As a result, and not surprisingly, the largest niche to be filled is academic.

Other important niches include athletics, performing arts, legacies, and yes, diversity. It is well established that college faculties self-identify as liberal; students even more so. So it should not be a surprise that attracting racial minorities onto campus would be a priority. At Harvard, 11.8 percent of admitted freshman this year are African American—an almost identical percentage as last year’s entering class, and the previous year’s. Hispanic students also comprise a consistent 11.8 percent—year after year.

About 50 percent of a highly selective college’s entering class will be admitted solely on academic potential. The admissions committee will be sensitive to finding kids with great academic potential for just about every academic department. In fact, at Harvard, there are more than 20 faculty members on the admission committee.

Some 20 percent of the entering class will be recruited athletes. Legacies—sons and daughters of Harvard grads—comprise 12 percent to 13 percent of every entering class. (Their acceptance rate is about 30 percent—four times the overall applicant pool’s admit rate.) The very wealthy and famous are also a sought-after target niche. Applicants whose families who can afford to endow buildings and professorships, while few in number, are high in clout.

Within each of these niches the admission office will look for the smartest kids—or at least those likely to survive the school’s academic rigors – who satisfy the constituency’s recruiting needs. Athletics is an instructive example.

Coaches typically get a specific number of slots—depending on the importance and size of the specific sport. They put together a rank-order list of the kids they’d like admitted—typically based on whether the team needs a quarterback or center or goalie that particular year. The admission office then calculates each athlete’s Academic Index (AI)—a score based on two-thirds SAT scores and one-third high school grade point average (GPA.) Then the admission officer who serves as the athletic liaison negotiates with each coach, because the Ivy League had dictated that no admitted athlete can have an AI one standard deviation lower than the AI of non-athletes on that campus.

Without a particular special interest tag, smart kids compete within the academic niche—basically against each other. That’s why the Asian-American Coalition’s complaint is flawed: it assumes the Asian-American kids are competing against Blacks and Hispanics. They’re not. Without a special interest tag, they’re competing against all “just-smart” kids; mainly each other.

Harvard can afford to be the first to provide real transparency. And if it does, lots of other schools will follow.

Harvard’s response to the Asian-American Coalition complaint was that its admission process is “holistic,” and that SAT scores are just one component used to put together a “diverse class.” Thirty-three years ago, we interviewed then Harvard Admissions Dean William Fitzsimmons for the first edition of Getting In. At that time he said he could fill an entire freshman class just with valedictorians; or with kids with straight-800 SAT scores. But Harvard chose not to, because it was looking for the well-rounded class. Today, Mr. Fitzsimmons is still dean, and the number of kids with perfect scores is even larger—and many of them are Asian-American.

Holistic is a well-chosen word, for it reflects the Supreme Court’s actual word and instruction about what an affirmative action admissions process should look like. Outright quotas, at least based on race, are not allowed.

That guidance was issued in 2003 in a 5-4 decision written by Justice Sandra Day O’Connor, who also said she expected affirmative action programs on college campuses to end within 20 years. (The current Court essentially punted on the recent Fisher case, sending it back down to a lower court with instructions to evaluate—based on a standard of strict scrutiny—the University of Texas’ admission policy.)

So while the Asian-American Coalition’s complaint is unlikely to be resolved by the Department of Education or the courts any time soon, Harvard and other elite schools can do something to reduce the stress and anxiety that pervades college admission. They can make the process more transparent by acknowledging what niches they are looking to fill, and how many slots are open that year.

Of course that might reduce the number of applicants to a college—as students self-limit their applications as they realize the very long odds they face. And reducing the number of applicants would lower the number of kids who get rejected, thus diminishing the school’s reported selectivity—and thus its U.S. News ranking. But we need to do something to mitigate the ever-escalating craziness of college admission. Harvard can afford to be the first to provide real transparency. And if it does, lots of other schools will follow.

Steve Cohen is an attorney at KDLM, and co-author of Getting In. 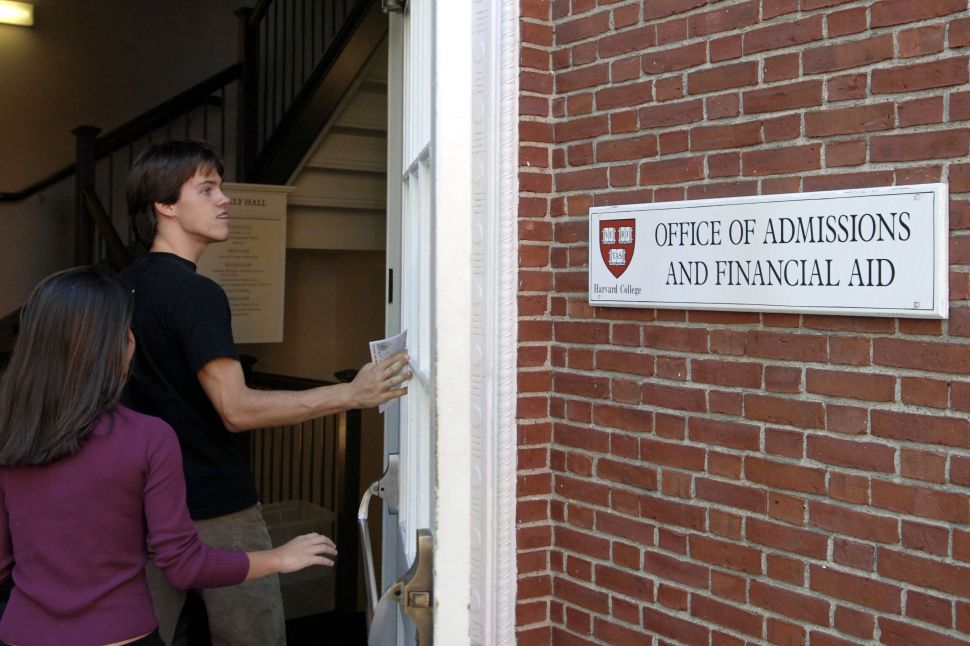