A new Colorado museum is being planned to salute the life and legacy of noted “gonzo” journalist and author Hunter S. Thompson.

The best-selling writer’s widow, Anita Thompson, told The Cannabist she is working to open his Woody Creek, Colo., home, Owl Farm, to the public.

The site now occasionally serves as host to events such as writing workshops or a recent barbecue tied to the National Organization for the Reform of Marijuana Laws (NORML)’s annual legal-issues meeting in Aspen.

The author of Fear and Loathing in Las Vegas, among other classics, Thompson died in 2005 at the age of 67, apparently of a self-inflicted gunshot wound. During his lifetime, he achieved household-name status, in part for his blistering political reporting (much of it for Rolling Stone magazine), brilliant rage-fueled writing and his open endorsement of, and even encouragement of, drug use.

His books were reviewed on the front page of The New York Times Book Review, made into films and he became the basis for a legendary character in the Doonesbury comic strip, Uncle Duke.

Mrs. Thompson said she has kept the Owl Farm home largely unchanged since her husband’s death because “it is history.” 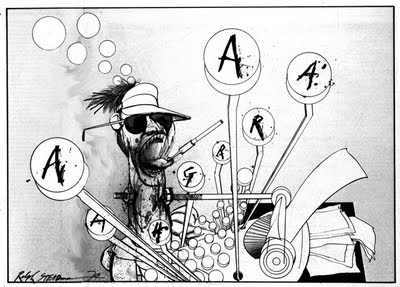