BAYONNE – The final public hearing held by the state Assembly Judiciary Committee in Bayonne before a Superior Court judge begins the process of rendering a final judgment on the state’s proposed $225 million settlement pertaining to lawsuits first brought by New Jersey against Exxon Mobil regarding pollution at several Garden State sites drew rancor from politicians, environmental advocates and members of the public alike on Wednesday.

State Senator Ray Lesniak (D-20) continued to take public umbrage at the state’s proposed $225 million settlement pertaining to lawsuits which were first brought by the state against Exxon in 2004 for natural resource damages at Linden, Bayonne and other New Jersey oil refineries and sites. The settlement number is far short of the original target goal of $8.9 billion in environmental damages.

“The consent judgment between the New Jersey Department of Environmental Protection (DEP) and the Exxon Mobil corporation is not fair, reasonable or adequate based on the evidence at the trial,” said Lesniak, who grew up in the Bayway section of Elizabeth, one of the areas most profoundly affected by pollution allegedly created by Exxon Mobil practices. “The lack of an adequate assessment of damages at the facilities which were not litigated, but released from natural resource damage liability, and the misleading, deceptive and untruthful statements made by state representatives call into the question the settlement negotiations between the parties.”

Lesniak, a potential Democratic gubernatorial candidate in 2017, noted during his testimony before the committee that he plans to file more than 22,000 signatures from New Jersey residents who signed a petition calling for the rejection of the proposed settlement.

“When you look at the scope and level of this deal, you get to see the magnitude of the sellout that it really is,” added Jeff Tittel, director of the New Jersey chapter of the Sierra Club, a national environmental advocacy organization. “If [Gov. Chris Christie] was Pinocchio, and with what this administration is saying, his nose would be in San Diego heading somewhere toward Hawaii right now.” Christie has defended the agreement as a “good settlement,” pointing out the lack of a cap on the cleanup payment amount, as well as that the proposed $225 million settlement is the largest natural resource damages payment by a single corporate defendant in New Jersey history.

State Superior Court Judge Michael Hogan will consider whether to approve the settlement after the 60-day public comment period closes on Friday. There is no definitive timeline for a judgment. State Assembly Judiciary Committee Chairman John McKeon (D-27) indicated that it could take up to 90 days.

Various Bayonne residents who testified at the committee hearing rendered their own judgments about the proposed settlement.

“I’m here today because Exxon has provided me and my family a roof over our heads, put clothes on my back and food for our growth,” said Evelyn Sabol, 79, of Bayonne, the child of Slovak immigrants whose father worked for the company. “When I read that Exxon was going to be fined $9 billion, I considered it a shakedown.” But Michael Ruscigno, a longtime Bayonne resident who is active in the Bayonne Nature Club, thinks that the judge should shake up the corporation that he believes deleteriously shook up the environmental balance of Bayonne. 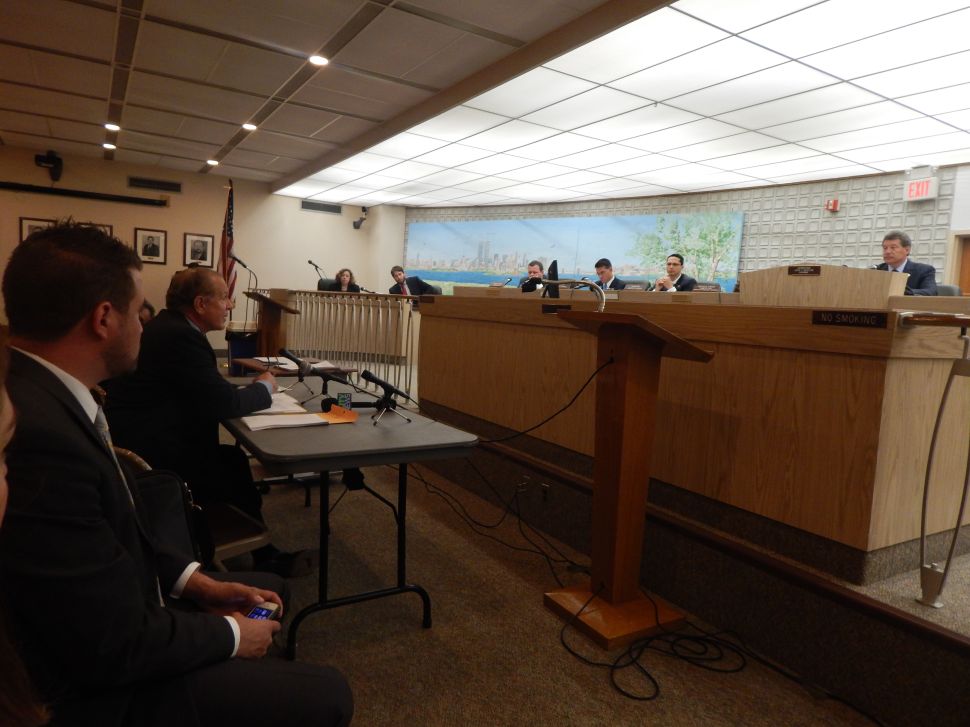