Prieto was not bored, a source said, but merely referring to notes.

TRENTON – After a short back and forth in which the leading voices of the governing body dominated, the  Assembly followed on the heels of the Senate and just passed the $35.3 billion FY2016 budget by a vote of 47-31-0. 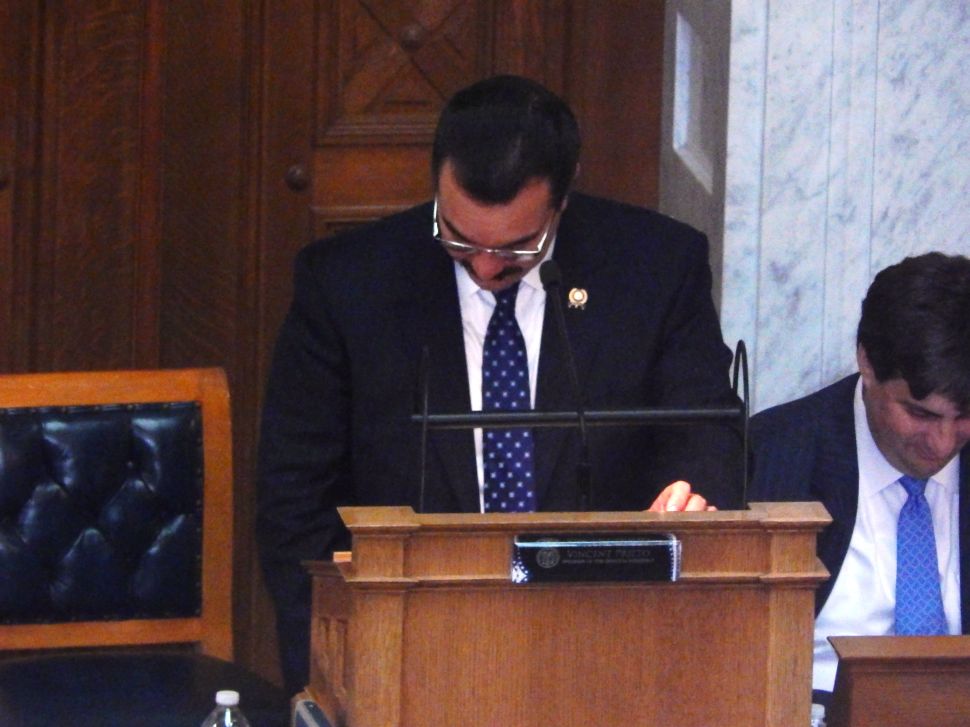