The life of a Hollywood stylist requires constant travel and late nights collaborating with clients on a wardrobe of borrowed designer frocks. Such is the existence of Jeanann Williams, the force behind stunning red carpet looks worn by Naomi Watts and Emily Mortimer. When she’s not en route to LAX or playing dress-up at the Cannes Film Festival, the stylist enjoys the quiet charms of her Gramercy neighborhood.

Ms. Williams shares this vibrant two-story apartment with her 6-year-old daughter Ruby Watts, a cherubic blonde whose pictures line the walls of nearly astvery room. The rest of this three-bedroom dwelling is stylishly pulled together with touches of color and vintage finds, but don’t be fooled; that third boudoir doubles as a walk-in closet, a detail that could be attributed to an occupational hazard.

How did you approach making this space your own? I was the first person to see this apartment when it went on the market. I loved that it felt like a home with tons of light thanks to all the windows. But for me, the most important thing was color, so we painted before we even moved in. I want this space to feel loved and comfortable, so it has an eclectic, bohemian mood. I love vintage pieces or anything that has a story behind it, especially because someone else has owned it.

Do you redecorate often? I love change. Sometimes I just think I need a new rug or I’ll go on a candle spree because I need a new smell throughout the house. The more finished the space is, the more Zen and relaxing it becomes.

Which items in your home are most dear to you? I’m not really one who is attached to material things, but the one thing that matters most to me in this place is the photos. Ruby’s father is photographer Ben [Watts] and although we’re not together anymore, we’re still really dear friends. I’m lucky because Ruby’s whole life has been documented in chronological order. These photos tell a beautiful story.

How involved was Ruby in decorating? I’ve slowly started collecting butterflies, so that’s something we do together. We’ve bought a lot of them from The Evolution Store in Soho, but little shops out in the Hamptons sell them, too. Ruby definitely has her own opinions and she’s very witty and quick. If she comes home and notices that I have a new pillow or if I moved something from one room to another, she’ll say something.

Does your living room ever double as a workspace? Half the time my living room is filled with racks of beautiful gowns. It gets crazy, but it adds to the color and depth of the place. I used to have an office, but I found that I liked working from home and my clients love coming here. It feels way more personal this way. Most of my clients are also my friends; they come over, we have tea and my daughter is running around while we’re working. It’s also a lot of fun.

Will there be many fittings here this summer? I just finished the Tony Awards, where I styled 12 people, in partnership with Vogue and KCD to improve the red carpet. I also styled Emily Mortimer that day, although she was in London. Otherwise, summer really calms down for me. I do have a couple of shoots with Naomi [Watts] in L.A. and then I’ll start planning for the TCA Awards in July. I have a trip planned to France this summer, just for fun. Then come August I start prepping for Fashion Week and the film festival circuit, so the cycle begins again.

What do you like about living in the Gramercy? I’ve always lived on the West Side and I thought I was moving here just for the space, but I really love it here. It’s really family oriented and I never run into anyone I know, even at Duane Reade. It’s close to Gramercy Park and Union Square, so there’s always stuff going on and yet there’s no hustle and bustle; there’s a real silence to this area that I love. 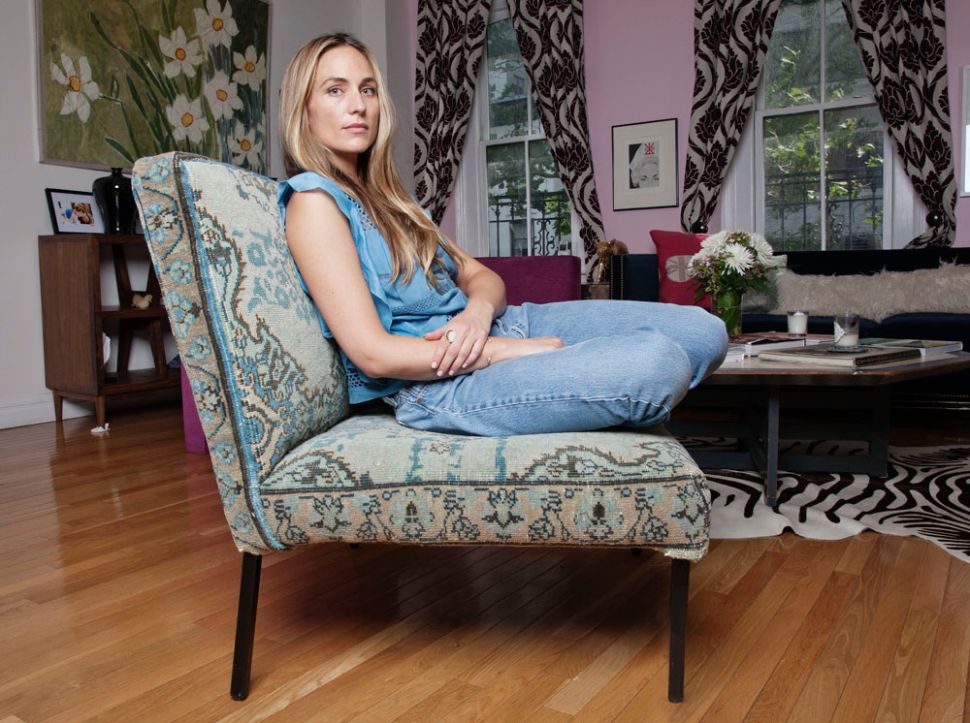