Police Commissioner Bill Bratton took today’s annual NYPD Medal Day Ceremony to declare that he and the department he leads will “tell the true story of American policing”—even in the face of growing animosity towards cops nationwide.

The ceremony, honoring those who have distinguished themselves in the past year, comes two days after a controversial video emerged of a white McKinney, Tx. officer kneeling on the back of a black teenage girl and pulling his gun on several African-American boys while trying to disperse a pool party that had reportedly become unruly. It was the latest incident in a string of high-profile clashes between police and black citizens, a string that included the death of African-American Staten Islander Garner at the hands of a white NYPD officer and subsequent protests after a grand jury declined to indict the cop.

Mr. Bratton contrasted the few bad actors with the dozens of men and women of all races chosen for the departments medals for honor, valor, distinguished service, the combat cross and the purple shield. Among those honored posthumously were Officers Wenjian Liu and Rafael Ramos, assassinated last December in their patrol car by a man who had posted on social media that he was looking to “put wings on pigs” in revenge for the deaths of Garner and black Ferguson teen Michael Brown.

Both received the medal of honor, the highest award the NYPD gives.

“The true portrayal of our profession,” the commissioner said, “is exemplified by those who we honor today. You are what American policing is all about. You are the example of what we do every day, day after day. We go through with the danger, we go through with the challenge, we go risking our lives.”

The commissioner concluded with assurance that police and NYPD would ultimately triumph in the public relations war.

Mayor Bill de Blasio, in his remarks at the ceremony, asserted that police go “under-recognized” for the work they do. Despite having been a critic of the NYPD’s policies in the past, Mr. de Blasio emphasized that police enter their profession with the best intentions.

“There’s always a racing public debate. And a lot of times that misses the underlying truth: that people join this department for a reason. People join the NYPD because they believe, believe in making people’s lives better. They want to help their fellow New Yorkers. They want to keep people safe,” he said. 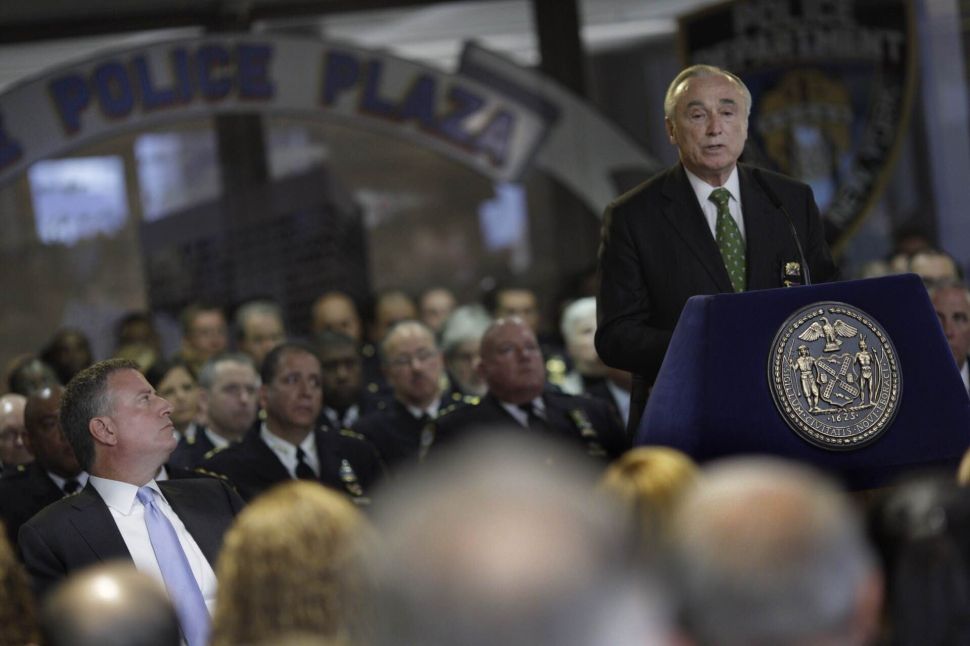