Last week, the British royal family picked up an $8 million condo at 50 UN Plaza, depriving co-ops across the Upper East Side of the pleasures of poring over her majesty’s bank statements and making the Queen sit for a board interview.

But at least the latest buy of HRH Princess Alexandra Schoenburg-Hartenstein of Austria should help to lessen the disappointment of the share-owning set: Ms. Schoenburg just laid down $3.85 million for a maisonette at 720 Park Avenue. (Then, again, nothing says relic of another era like European royalty.)

Nonetheless, if ever there was a co-op befitting the peerage, the Rosario Candela-designed 720 Park would be the place.

Ms. Schoenburg’s new stomping grounds appear quite regal as seen in the listing held by Kirk Henckels at Stribling. Despite being possessed of only two bedrooms and two baths (naturally, there are also staff quarters), the unit is, in the pronouncement of Mr. Henckels, that most difficult of property categories to lay hands on: “a grand, small apartment in a premier building.”

After all, as Ms. Schoenburg’s broker told this paper when she listed her townhouse on E. 71st back in 2012, the home was hardly a primary residence: “They have places in other parts of the world.”

Well of course they do! Houses. Land. Yachts. As Ms. Schoenburg’s Greek shipping heir husband Taki Theodoracopulos confessed in an old Forbes essay, he only managed to woo the princess after discovering her one great weakness: “classic old boats.” Who hasn’t felt their reservations slipping away the sight of a really good looking yacht?

For having only seven rooms, the South-facing maisonette certainly packs a grandiose punch. There is, for example, a “beautiful arched entrance,” accessed via “an enchanting staircase” from the building’s mahogany lobby. Both beds and baths are generous. And the living room comes with elaborate moldings, hand-stenciled walls and a decorative fireplace, all of it done over by interior decorator Mark Hampton by the seller, investment banker and social scion Frederick Melhado, who clearly had a great fondness for horse and dog paintings.

As Mr. Henckels elaborated in an email. “It is really a second floor apartment with its own entrance off the lobby and feels like a small Georgian London townhouse.  Wonderful moldings and great charm.” 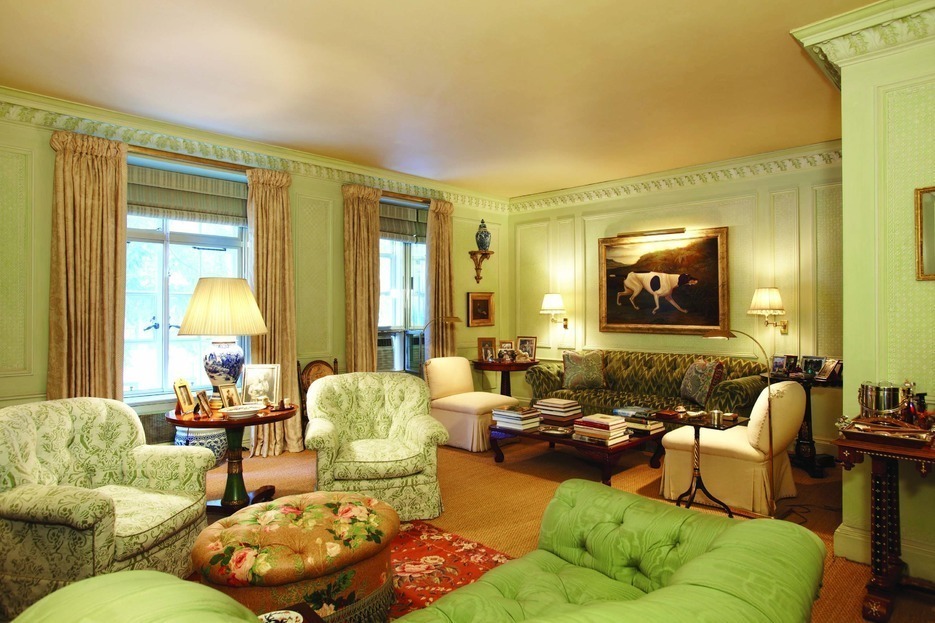