In this week’s installment of “How the Mighty Have Fallen,” a fresh humility was delivered onto Gov. Christie’s doorstep via the weekly newspaper Barron’s, which is published by Rupert Murdoch’s NewsCorp and widely read by the moneyed class. Its cover, headlined “Who Will Win?” and dated June 8, includes an illustration of what the newspaper considers the “seven strongest” Republican presidential candidates standing atop an elephant. Notably absent: Chris Christie.

According to Barron’s writer Jim McTague, “only seven have staying power” and those seven are Jeb Bush, John Kasich, Rand Paul, Marco Rubio, Mike Huckabee, Ted Cruz and Scott Walker. In a graphic that breaks out all the candidates and looks at their positions and polling strength, even Gov. Kasich, who polls at 2%, is given a greater shot at making what Barron’s calls “the final heat.”

McTague thinks it will come down to Bush vs Kasich with Fla. Sen. Marco Rubio dubbed an excellent choice for VP on either ticket. Though Christie polls at 4.8%, according to Barron’s — more than twice where it has Kasich—the gov warrants only a single mention, in which he is dismissed in a group that includes former HP CEO Carly Fiorina, Texas governor Rick Perry and South Carolina Sen. Lindsey Graham. 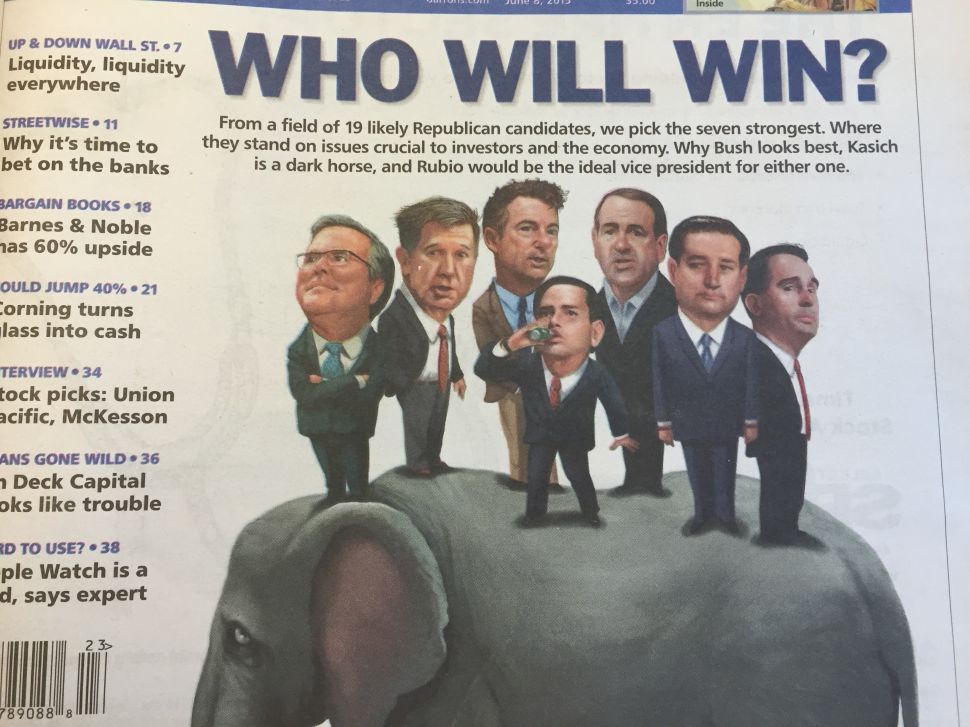