Having easy access to towels, sheets, knife sets, fans, humidifiers, allergy-free faux-down pillows and the many other domestic accoutrements and devices sold at Bed, Bath & Beyond is is all good and well, but having more beds and baths is even better. To that end, Steven Temares, the CEO of the national mid-market homes goods behemoth, has just added three more bedrooms and 2.5 additional baths to his holdings.

Mr. Temares and wife Amy, longtime residents of Warren, New Jersey, have plunked down $5.5 million for a seven-room apartment overlooking the Museum of Natural History at 40 W. 77th Street, according to city records. And given that Mr. Temares, who has helmed the mega-retailer since 1999, is not known for making any abrupt moves, we’re guessing that the apartment will most likely serve as a pied-a-terre for the couple. The sellers were Daniel and Marie-Anne Ewig, who appear to focus their energies, creative and otherwise, on working Morgan Stanley and the charity circuit, respectively.

The co-op, a handsome if not overly exciting affair, has “impeccable style and craftsmanship” and “highest quality interior finishes and with an eye for optimum functionality,” according to the listing held by Corcoran’s Betsy Messerschmitt. It also ahs a “beautifully proportioned master bedroom has double exposures and a stunning bath with double sinks and separate stall shower done by Waterworks,” a wet bar, through-the-wall air conditioners, new windows and a staff room.

All of which us think that the Temareses may want to go with something a little more up-market than Bed, Bath & Beyond—perhaps Williams Sonoma?—when outfitting their new home, convenient as the Lincoln Square store may be. 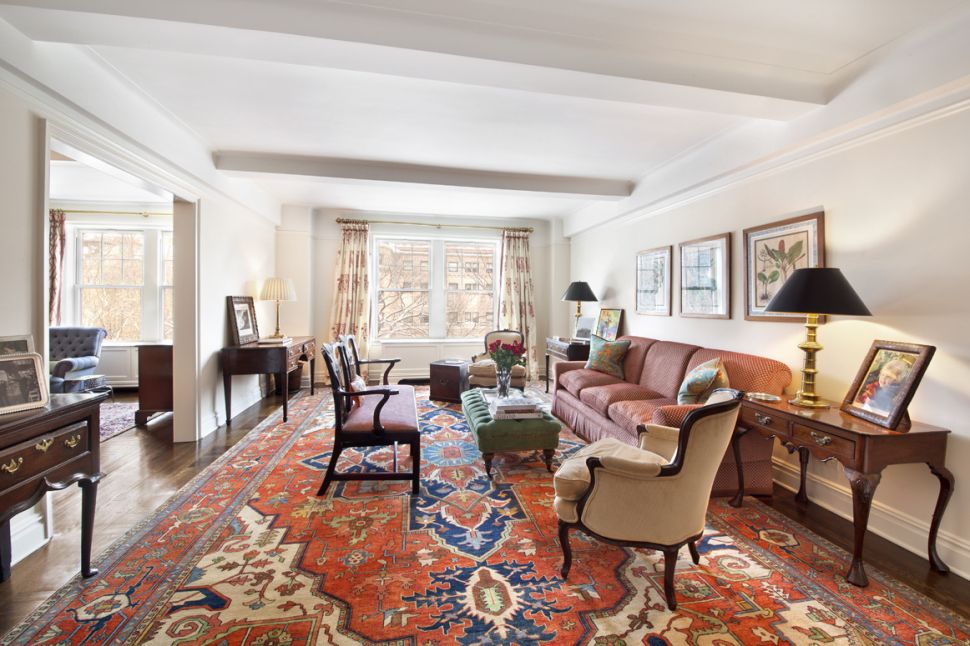