A man tricks the entire media establishment and millions of people into thinking that something unhealthy is actually good for them with a deliberately misleading study. Worse, they now think it’s the secret to being healthy. He’s a bad person right?

But what if it was actually an attempt to illustrate the woeful prevalence of junk science and how easily it can be propagated through culture? If the man was a computer hacker who revealed a back door, we might marvel at his mastery and cleverness. If he was a whistleblower, we’d admire his courage.

Some people might be conflicted at the story of John Bohannon, who recently revealed that he’d helped dupe millions of people into believing that chocolate was healthy. He created a fake organization, orchestrated a study to show that chocolate was correlated with weight loss, published it in an open access journal, put out a fake press release, and traded it up the chain until the news appeared in several major media outlets. Now, finally, he’s exposed the inner-workings of this stunt (his piece on i09 has been read more than 835,000 times).

I think John is a hero. I think he’s made the world better (or at least more aware) by what he’s done. The only people with anything to be embarrassed about are the ones who got caught sleeping on the job. You see, it’s journalists who are supposed to protect us against these types of manipulations. They’re supposed to weed out the bad studies from the good. They’re supposed to realize that Ship Your Enemies Glitter stunts are blatant money grabs or when self-interested sources should be excluded or qualified. They should see that someone like Charles C. Johnson is exploiting the political dialog.

Yet instead of learning from something like these, outlets like the Daily Mail are rushing to cover their ass. They deny they ever fell for it. And even if they didn’t—they can’t see how much their business models and the model of almost all journalism today needlessly exposes them to such risks. Because they don’t care. They don’t want to be better or know the truth. The truth would be bad for business.

As John recently told The Washington Post, although there is plenty of blame to go around there’s one group who deserves it more than any others. “It’s the reporters. The reporters and ultimately the editors… People who are on the health science beat need to treat [what they write] like science, and that has to come from the editors. You need to talk to a source who has real scientific expertise.”

It’s clear that reporters, not only in the health space, but everywhere, have stopped caring. Well, maybe a few readers do care. To help with that, I’ve reached out to John to get a little more information on how his brilliant stunt worked and what else people should know.

So tell us how you managed to fool not only hundreds of thousands of people and media outlets, but fooled them with something that is on its face, ridiculous?

Well, did it really seem ridiculous that chocolate can help you lose weight? Compared to the diet headlines you can read every day, it seemed like a fairly normal claim. And that’s the problem! Somehow we’ve all decided that the science of nutrition doesn’t matter.

What gave you the idea—any inspirations you can tell us about? Did you actually think you could pull it off? Was it exhilarating, scary, did you feel guilty? Tell us your thought process.

I got a call out of the blue in December from Peter Onneken, a German television reporter. It was all his brilliant idea: Do a really bad but authentic scientific study of chocolate and weight loss, then build a media campaign around it. I was skeptical that any of my journalist colleagues would take the bait. But take it they did.

Was there one outlet or channel that you feel like did more to propagate the narrative more than any others?

A huge thank you must go out to the Daily Mail. They even tried to weasel out of it. One of their PR people sent me and NPR an email implying that they hadn’t in fact taken the bait, since we accidentally used a screen shot of the wrong Daily Mail story. (It was one of their other stories about the miraculous health benefits of eating chocolate, if you can believe it.) They were clearly hoping that we would just quietly remove the screen shot and let them off the hook. To my knowledge, they have printed no retraction, correction, or clarification. Here is their story: http://www.dailymail.co.uk/femail/article-3018945/New-study-reveals-eating-chocolate-doesn-t-affect-Body-Mass-Index-help-LOSE-weight.html

Some people might say that what you did was unfair or potentially harmful (this is a criticism I got with my stunts). Have got heard that at all? I believe you did everyone a favor by pointing out an obvious flaw in the system—it’s up to the reporters responsible to make changes around this information. What do you think?

It is true that these kinds of investigations pose an ethical dilemma. We must weigh the possible benefits against the possible harms. In this case, it is the risk of making some people eat a chocolate bar and embarrassing some bad journalists versus promoting skepticism about diet claims and showing that scientific studies can get misleading results when they don’t understand statistics. I’ll leave it to your readers to decide for themselves.

With that in mind, what do you think the solution is? What do we have to change?

The next time you read a news story that seems to be giving you clear diet advice to lose weight, you should get angry and write to the editor. We have a better understanding of why stars sometimes blow up than why people become obese. This is hard science, not “lifestyle” fodder.

You did this with something that I do think is relatively harmless and you did come clean. Do you think that the same tactics or manipulation could be used more nefariously? Is that what’s happening?

I think all of the diet-nutrition-fitness media is corrupt. It’s bad science and worse journalism, all driven by companies selling rubbish. Oh sorry, you weren’t talking about mainstream media?

Now that you’ve come clean and revealed the bogus facts behind the story—do you think the original narrative is going to die or keep going like some sort of zombie? Have you seen the corrections you were hoping for?

I’ve seen one and only one real correction.

THE HUNGER GAMES: WHY JUICES CLEANSES, THE GLUTEN-FREE CRAZE AND ORGANIC EVERYTHING ARE OVERRATED 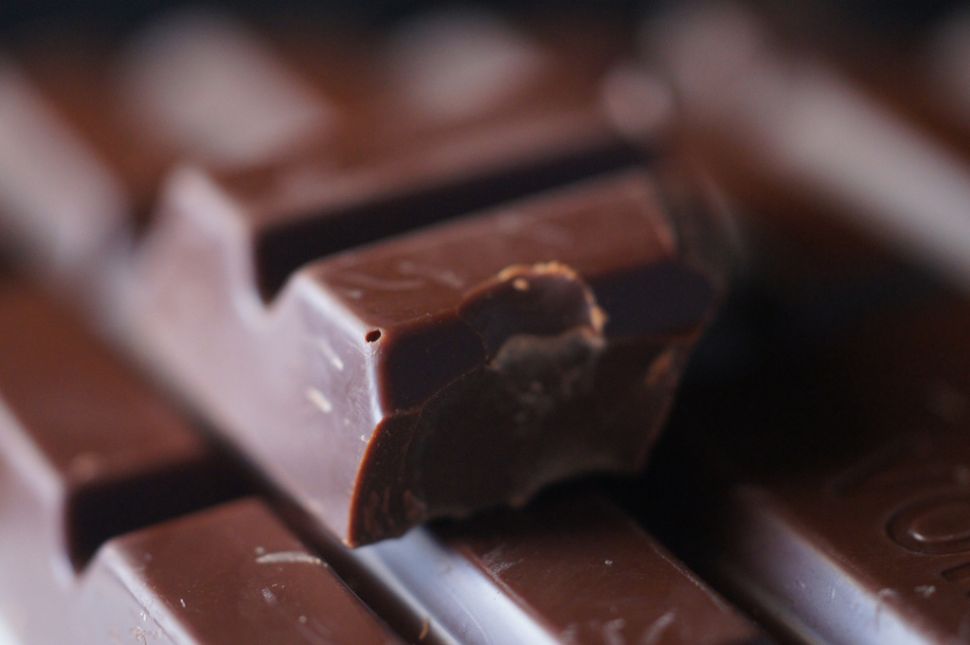