Is the future here? No more smoking indoors, period. That’s now the law if you live in Beijing. News broke recently of Beijing’s recent implementation of the strictest tobacco regulations to date, banning smoking from all indoor public places, including hotels, bars, restaurants and offices. These regulations represent China’s quest to halt smoking in a country where 1.5 million people die from smoking-related diseases every year.

Even as widespread knowledge on the dangers of smoking being a massive risk factor for cancer, heart disease, lung and neurological disorders among others, people still continue to smoke. It’s estimated that 70 percent of smokers wish to quit but only 2 percent succeed.

Health activists have pushed for years for stronger restrictions on smoking in China, the world’s largest tobacco consumer. The new regulations include up to a 10,000 yuan ($1,600) fine for public places not enforcing these laws at their locations. Cigarettes will also no longer be sold in shops within 100 meters of primary schools and kindergartens. Bright red banners banning the habit typically used to display government slogans have been posted around the city.

In China, more than 300 million people smoke, threading the habit into the social fabric and culture. Some have even called it the ‘national pastime.’ And of course, millions more are subjected to second-hand smoke. In comparison, New York City’s adult smoking rate continues to climb with reports showing a 16% rise in 2014. Over 1 million New Yorkers smoke, including 21,000 high school students. Health officials blame this rise in smoking on cuts for the city’s annual tobacco control budget, which pays for anti-smoking programs and marketing campaigns. Some experts also say the city’s anti-tobacco efforts in recent years haven’t focused on educating casual smokers, those in their mid-20s to early 40s, which could be the major demographic contributing to the rise.

It makes sense to focus efforts on preventing young people from picking up the habit, however efforts are not showing results. Last year, the New York City launched an $830,000 ad campaign titled “Imagine for Life” aimed at young people who casually pick up smoking in social settings.

Under New York City’s former Mayor Michael Bloomberg, radical shifts were made to curb smoking among residents. The signature health initiative barred smoking in restaurants, hotels, bars and public parks. They also launched graphic campaigns showing the effects of smoke-damaged internal organs and other smoking-related complications to discourage potential new smokers, especially young people. They even instituted more taxes when a pack of cigarettes is purchased, more than any other city in the United States.

Some argue that given the rise of smoking among adults, these campaigns have been unsuccessful in discouraging the habit. On the other side, Beijing is using public shaming tactics towards those who do not properly enforce the new laws. Those who break the law three times will be publicly shamed with their photo on a government website and will receive a fine. They’ve also launched a hotline for residents to report smoking offenders.

The extremes around banning smoking in China are a controversial approach to push people to quit. But we cannot ignore the fact that smoking is arguably one of the biggest global public health issues we have. According to the Centers for Disease Control, smoking harms nearly every organ in the body. Quitting smoking lowers the risk of many chronic diseases and can add years to your life. It’s the leading preventable cause of death in the United States.  When it comes to cancer, other than lung cancer, smoking also increases the risk of blood, pancreatic, liver, colon and esophageal cancer—some of the deadliest cancers known to man.

The largest reason smoking creates a health problem stems from second-hand smoke, which can be more damaging than actually smoking. Secondhand smoke contains at least 250 known toxic chemicals including more than 50 that can cause cancer. More than 126 million non-smoking Americans continue to be exposed, whether they’re at home, going to work and in a public place.

The government owns the responsibility for establishing successful public health programs and providing education and resources to help smokers who want to quit, quit.

The results of this stricter approach to smoking throughout Beijing will be interesting to see unfold. 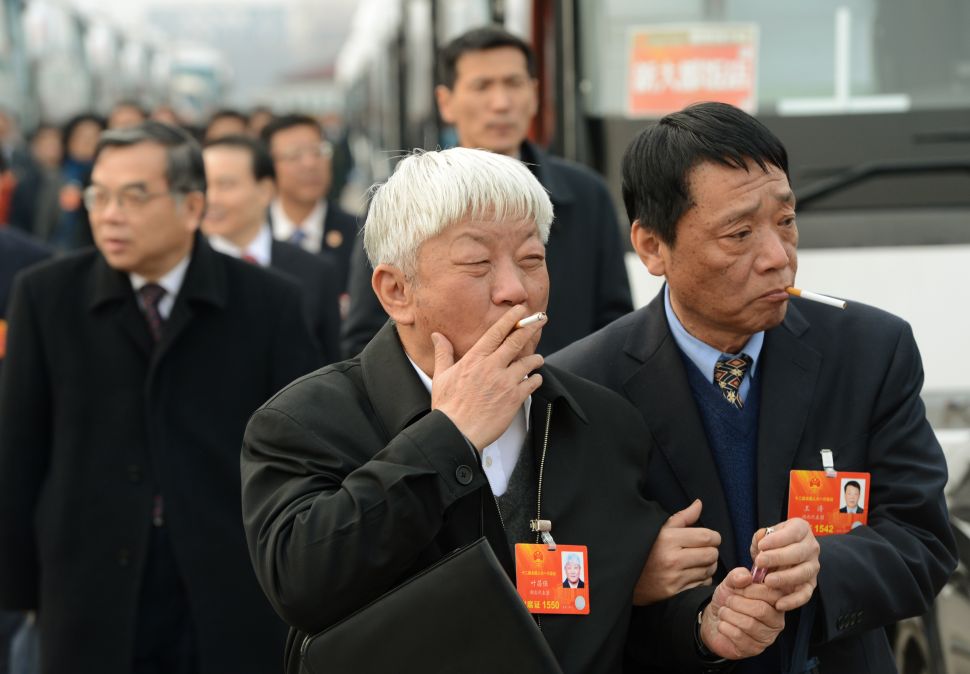