“I would hope that she very clearly, specifically opposes the Trans-Pacific Partnership,” Mr. Reich said of the former secretary of state in a media conference call this afternoon.

Mr. de Blasio, Ms. Clinton’s former Senate campaign manager who has yet to offer up an endorsement in the Democratic primary, also urged Ms. Clinton to come out against the trade deal, which unions and progressive politicians have derided as bad for American workers.

“I’d like to see a very clear statement that this trade deal should be opposed and should be stopped,” Mr. de Blasio said.

While he knew what he’d like to hear, Mr. de Blasio has said he will not attend Ms. Clinton’s campaign kick-off, which is being held Saturday just down the East River from Gracie Mansion on Roosevelt Island. Today, he recalled her speaking on trade issues in 2008 in a way that “resonated” in states like Ohio, which he visited to campaign for her in that year.

Mr. Reich noted it would not be the first time Ms. Clinton, as a candidate, has taken a position that differed from the policies of her husband, former President Bill Clinton. He noted her recent push to end mass incarceration.

“I hope that she does the same with the TPP, relative to NAFTA,” Mr. Reich said.

Mr. Reich was charged with rolling out NAFTA under Mr. Clinton and, like many who oppose the TPP, said the 1990s trade pact had delivered poor results for American workers.

“Once the dust cleared, we did find that a lot of manufacturing jobs left the U.S., they first went to Mexico and then they promptly went to Southeast Asia,” Mr. Reich said.

He was also charged with enforcing the trade deal’s guidelines for better labor conditions in other countries, but said it proved “extraordinarily difficult to do,” something he suspected would hold true for the TPP as well.

Mr. Reich and Mr. de Blasio bashed the idea of Congress holding a “fast-track” up or down vote on the trade pact, very little of which has been made public. The deal has pitted many in the left wing of the Democratic party against President Barack Obama, who backs the deal.

“To have this large a trade agreement or investment agreement negotiated in secret and fast tracked through Congress without any opportunity for amendment, when most of America has no access to this trade agreement at all—what I know about it was leaked through Wikileaks—it seems to me makes a mockery of democracy,” Mr. Reich said. 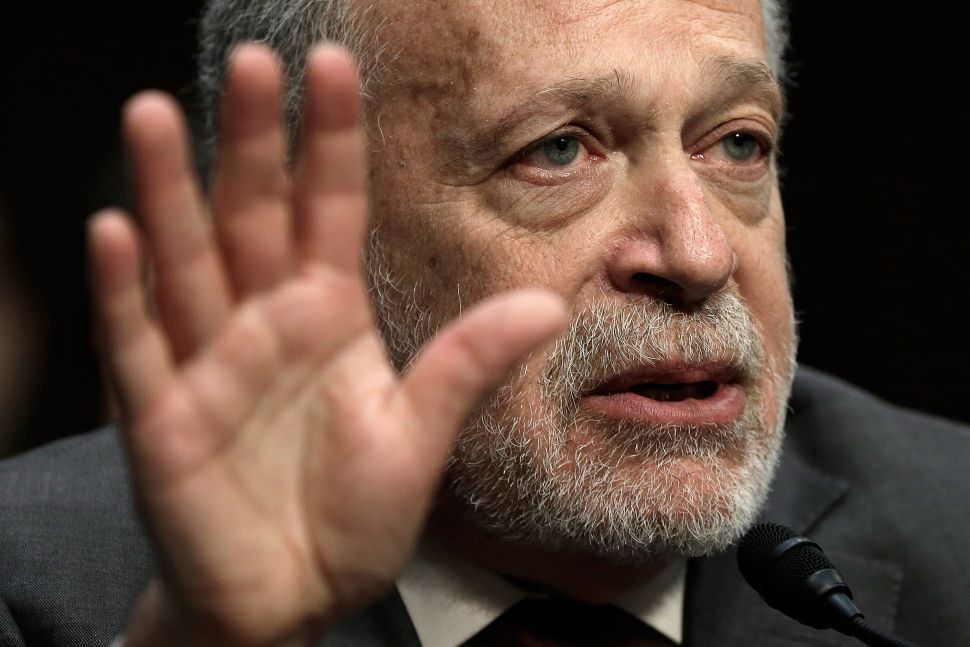