A de Blasio administration official said today that an Eliot Spitzer-spearheaded housing development is “offensive”–and called into question whether the former Democratic governor is really a progressive.

Mr. Restler, in a comment thread, continued to bash the former governor, who will set aside 20 percent of the units for low-income residents. “Someone who had fashioned himself as a progressive and sold properties worth 1.5 billion last year is now trying to squeeze every penny out of a development in our neighborhood – without any concern for the needs of the community,” Mr. Restler added. “It’s offensive.”

A spokeswoman for Mr. de Blasio, Karen Hinton, did not condemn the comments. Sources say City Hall staffers are allowed to post opinions on social media–as long as they conform to the de Blasio party line.

“The personal views of any employee are just that—their personal views,” Ms. Hinton said. (After the publication of this story, Mr. Restler removed his post from Facebook.)

But the stinging criticisms from Mr. Restler, a staffer who has remained below the radar since joining City Hall last year, may be an indication of Mr. de Blasio’s disdain for Mr. Spitzer, who was once a hero to progressives statewide. Mr. de Blasio, a fellow Democrat, reportedly denied a campaign spokeswoman, Lis Smith, a position in City Hall after a couple of newspapers reported in 2013 that she was dating Mr. Spitzer.

Mr. Spitzer’s failed comeback that year also rankled many Democrats in the political establishment, including Mr. de Blasio. Mr. de Blasio, then running for mayor, supported the eventual the winner in the comptroller’s race, Scott Stringer.

Despite Mr. Restler’s heated rhetoric, Mr. Spitzer’s Williamsburg development is perfectly in line with the zoning for the area, as one local architectural conservator and former community board land use chair pointed out in the comment thread.

“The 20% affordable (at 80% AMI) was a requirement under the 2006 rezoning for the property,” wrote Ward Dennis, the architectural conservator. “Spitzer is doing no more or less than the as-of-right project he bought requires.”

Mr. Spitzer did not immediately return a request for comment.

An earlier version of this story incorrectly identified Mr. Dennis as an architect. He is an architectural conservator. 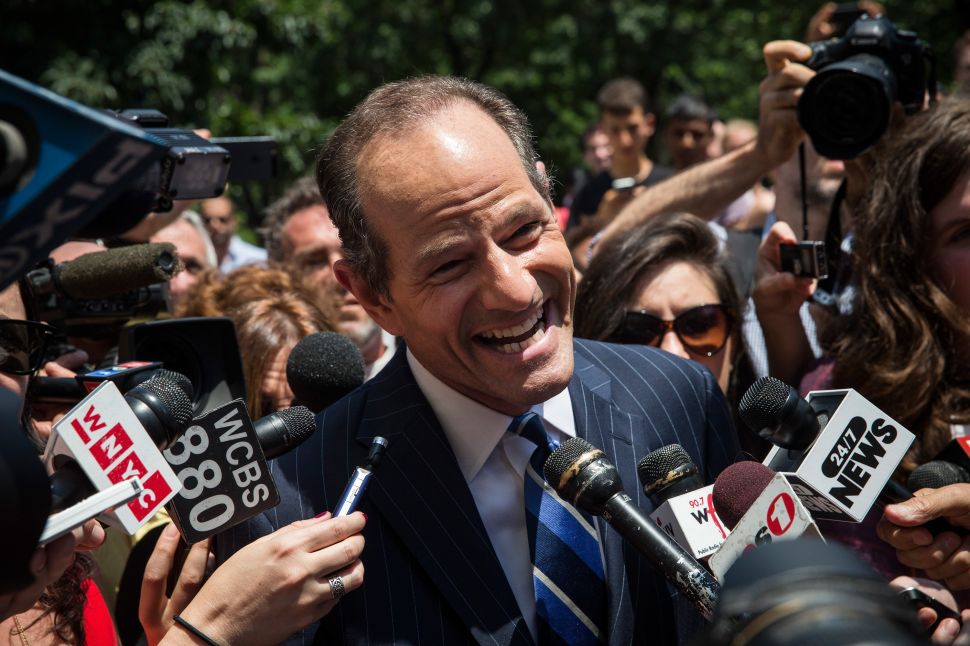