TRENTON – State Assembly Minority Leader Jon Bramnick (R-21) lashed out at New Jersey’s Democrats on the day the budget battle enters its final stages in the Legislature, asserting that the Garden State’s economy, already choked by overregulation, will die on the vine if any proposed additional taxes are passed as part of the budget.

“You have a patient that’s sick. You have the state of New Jersey that is ill in that businesses are very concerned that they won’t be able to stay here,” Bramnick told PolitickerNJ in the State House corridor on Thursday in front of the Assembly chamber, pointing to the possibility that the Democrats could try to revive the millionaires’ tax as part of this year’s budget, among other potential measures. “Before you start raising taxes, you have to make the patient better. That means that you have to create opportunity for people in this state, otherwise we’re going to continue to lose jobs.

“We want to make sure that every pension gets paid and that we meet our commitments. But if we don’t have a thriving economy in this state, it will only get worse, especially if we have a movement toward more and higher taxes,” Bramnick added. This is not about being good people or bad people. It’s about saving New Jersey’s economy. We’re the highest taxed state in the country. When successful entrepreneurs in New Jersey are forced to leave because of this, what does that do to the economy?” 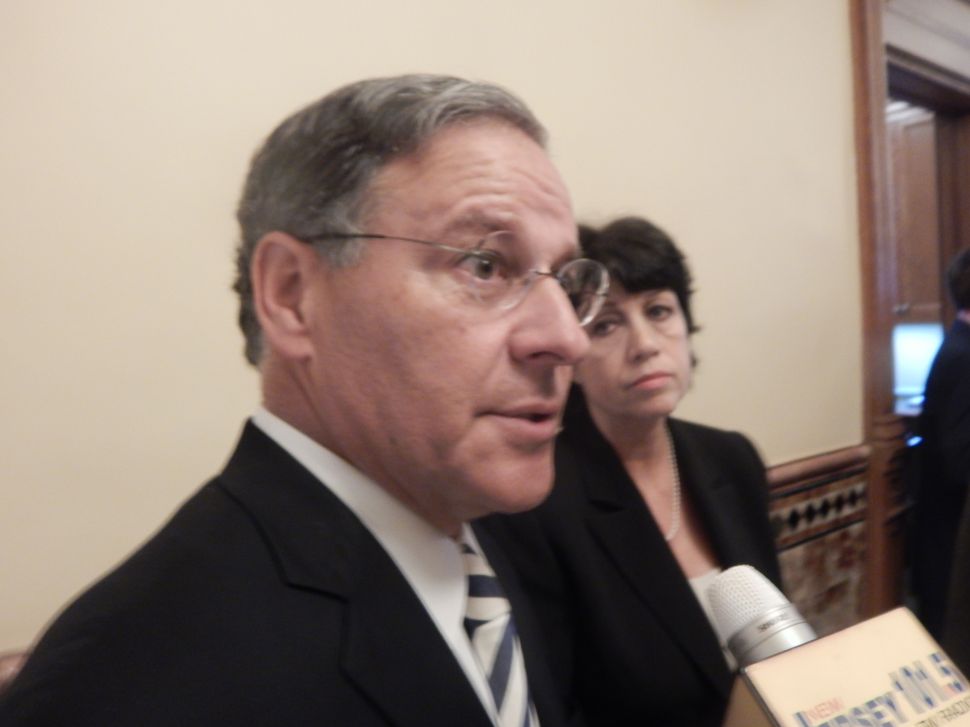