Assemblyman Alec Brook-Krasny, a Brooklyn Democrat, will resign from office in July to take a position in the private sector, his chief of staff said.

“I can confirm that Assemblyman Brook-Krasny will be stepping down from the Assembly effective July 7, 2015,” Kate Cucco, Mr. Brook-Krasny’s chief of staff, told the Observer. “With that said, there are three scheduled legislative session days left this calendar year, with decisions yet to be finalized on issues that impact the lives of millions of New Yorkers, which is and will remain Assemblyman Brook-Krasny’s main priority.”

Mr. Brook-Krasny, the first Russian-born member of the State Legislature, represents a district that spans portions of Bay Ridge and Coney Island. His departure had long been rumored and he first confirmed he was leaving office to the Home Reporter, a Brooklyn newspaper.

Ms. Cucco, who sources say is considering a bid to replace her boss, did not say what position he is taking in the private sector.

Since Mr. Brook-Krasny is resigning after July 7, the local Democratic county committee will nominate a Democrat to run in the November general election. Had Mr. Brook-Krasny chose to resign before July 2nd, there would have been an open primary in September.

Mr. Brook-Krasny is one of several city and state lawmakers to step down this year. Corruption charges forced Queens Assemblyman William Scarborough from office and Brooklyn Assemblyman Karim Camara stepped down to take a position with the Cuomo administration. Queens Councilman Mark Weprin will also resign to work for the Cuomo administration, while Staten Island Councilman Vincent Ignizio is departing for the private sector. 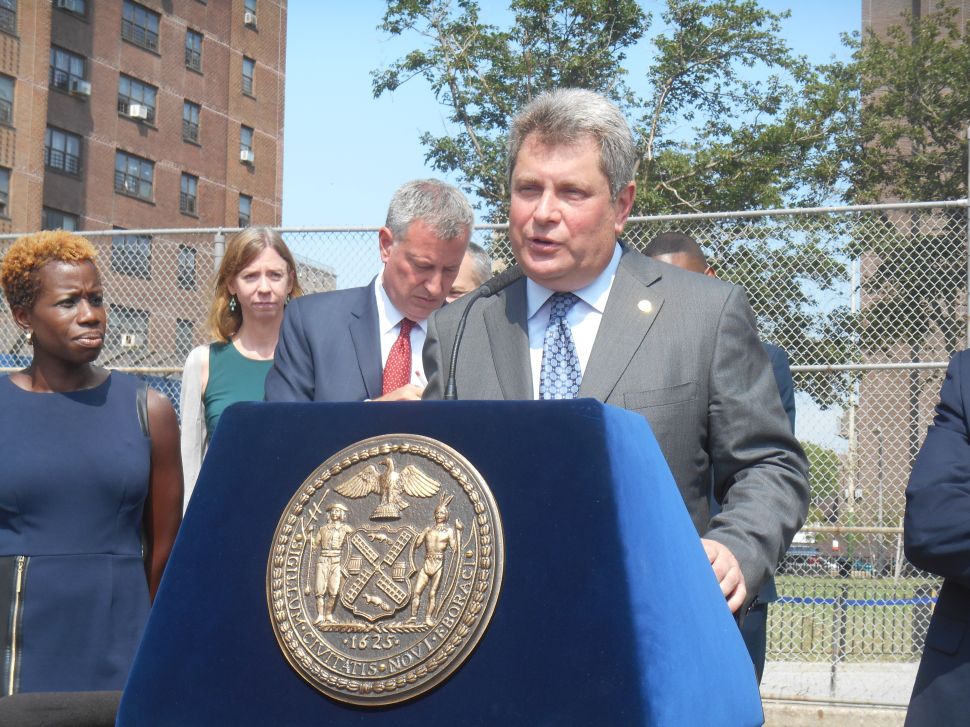