On Saturday evening in Prospect Heights, the Observer joined a neurotic assortment of writers and comedians gathered at Dorsett to reflect on a simple question: If you could have done one thing differently at your bar or bat mitzvah, what would that be and why?

Well, maybe the question wasn’t so simple, given that few answered it. Most of the participants used the event, called reBar and presented by Reboot, an organization dedicated to connecting Jews through culture, to reflect more generally on the absurdity of bar and bat mitzvahs themselves.

“It taught me that if I ever get married, I’ll probably elope,” Jena Friedman, a field producer for The Daily Show, said of her bat mitzvah. (In other words, she got the big party out of her system.)

The humorist A.J. Jacobs, an editor at large at Esquire, served as host. Mr. Jacobs, who didn’t have a bar mitzvah himself—and thus never became a man—recalled that he wasn’t invited to a popular girl’s bat mitzvah in middle school, and the T-shirts given out at the party listing everyone invited were a constant reminder of that fact.

“It was like the Vietnam War Memorial, but instead of dead soldiers, it was popular eighth graders,” Mr. Jacobs deadpanned.

Others who hadn’t gone through the Jewish ritual reflected on their own unique coming-of-age stories. Kevin Allison, for instance, the host of the popular podcast Risk!, told a touching tale of how he came to realize, and ultimately accept, that he was gay. Mr. Allison never had a bar mitzvah, he said, because he was raised “very Catholic,” though, he added, “I have catered a lot of them.”

Some of the anecdotes were painful to listen to. Chris Farber, a filmmaker and photographer and the co-founder of the reBar Project, recounted the time he got his second circumcision in a mikvah in order to reaffirm his Jewishness. “It was surprisingly painless,” Mr. Farber said. “I’d like to say it was a little prick, so to speak.”

My own bar mitzvah was a low-key affair held in my backyard. What I remember most is getting about $7,000 in gifts, which helped me buy my first car, a used Subaru Outback. In fact, I just recently cashed my bar mitzvah savings bonds, which weren’t set to completely mature for another 10 years or so. I’m sure I’ll look back in a decade and regret that decision. 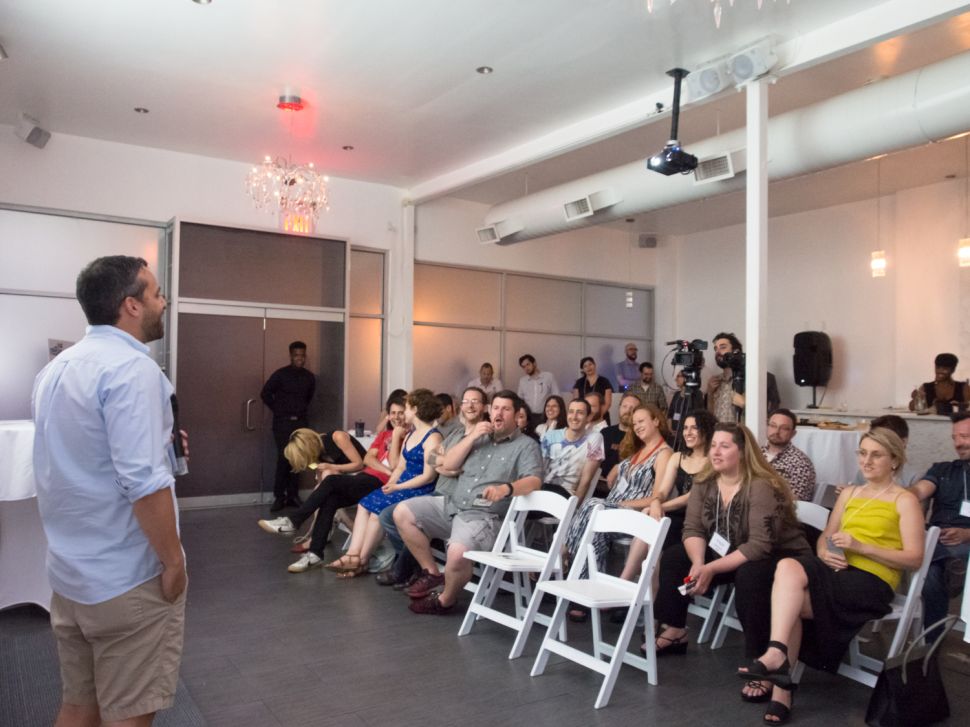