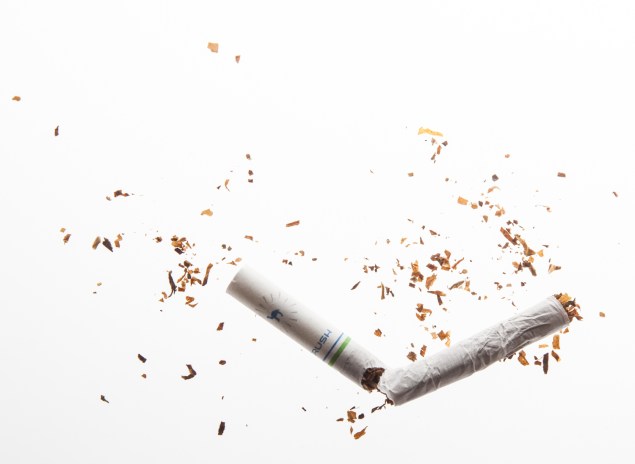 On a cold, clear night this past January, I stood on a Brooklyn street corner at 2 in the morning, feeling reflective. I took a long, deep drag from a Camel Light, stubbed out the butt in a nearby snowbank and threw my pack and lighter into the trash. It was, I’d decided, my last cigarette ever.

Though I’d failed at quitting several times, I’d just finished Allen Carr’s Easy Way to Stop Smoking and found the book so utterly convincing that I viewed it as the smoker’s equivalent of The Communist Manifesto. The guide, which turned 30 this year, has a kind of cult following; its website is studded with glowing celebrity testimonials from Ellen Degeneres to Lou Reed. “Robert Pattinson swears by it,” Choire Sicha, the editor and writer who recently quit smoking, told me by way of recommendation.

Since I quit, I’ve been eating more hot dogs, maybe because I still want something long and slender and carcinogenic to put in my mouth.

Carr’s main insight is that quitting smoking shouldn’t be hard, and need not be viewed as a sacrifice. Every time you smoke, he says, you are feeding the “nicotine monster.” In one passage that blew my mind, he writes: “This, for me, is the saddest thing about smoking: the only ‘enjoyment’ a smoker gets from a cigarette is temporary relief from the discomfort created by the previous one.”

The book has its problems, as most do. It doesn’t take into account the prospect of relapsing, for instance. My main issue with the book, though, is its off-putting prose. Carr repeats himself way too often, uses exclamation points recklessly and often sounds like a conspiracy theorist. A typical passage: “The truth is that the only thing that keeps us smoking, the only thing that prevents us from breaking free is: FEAR!”

Still, that is exactly what an addict needs to hear. When I picked up his book, I foolishly thought that, at 26, I was too young to stop. Carr convinced me that it’s never too early to give up smoking, and that there is something beautiful and soul satisfying about abandoning an addictive substance. (Carr was a British accountant who smoked 100 cigarettes a day for decades before he quit, and he claimed that his smoke-free days were the happiest of his life.)

Sometimes I have the overwhelming urge to return to smoking in full force and just say fuck it, as Leonard Cohen did when he turned 80 last year. This past winter, I was having breakfast with Seth Lipsky, the editor and ex-smoker, when I mentioned to him I was trying to quit. He thinks, romantically, that all young reporters should smoke—and wear fedoras—and he told me I should keep at the habit. I said I was reading a self-help book on quitting smoking. He winced. “I feel sorry for you,” he told me.

I often feel sorry for me, too. Since I quit, I’ve been eating more hot dogs, maybe because I still want something long and slender and carcinogenic to put in my mouth. The only thing that really entices me to return to smoking in full force, though, is the example of Christopher Hitchens—who died of cancer at age 62, but he seemed to derive so much pleasure from cigarettes that you start to wonder if you’re doing life wrong by abandoning them. Then I realize how stupid that thought sounds and that cigarettes made me feel terrible even as I enjoyed them. I’m pretty sure I won’t start smoking again.

Allen Carr would have taken issue with my “pretty sure” had he not died of lung cancer in 2006 at age 72. Where’s your agency? he’d ask. In the five months since I read his book, its effect has worn off a bit, but then there are moments when I recall his insights and feel enriched by them. He’s like a little homunculus hanging out in my brain, fanning the clouds of smoke away. I hope he sticks around. 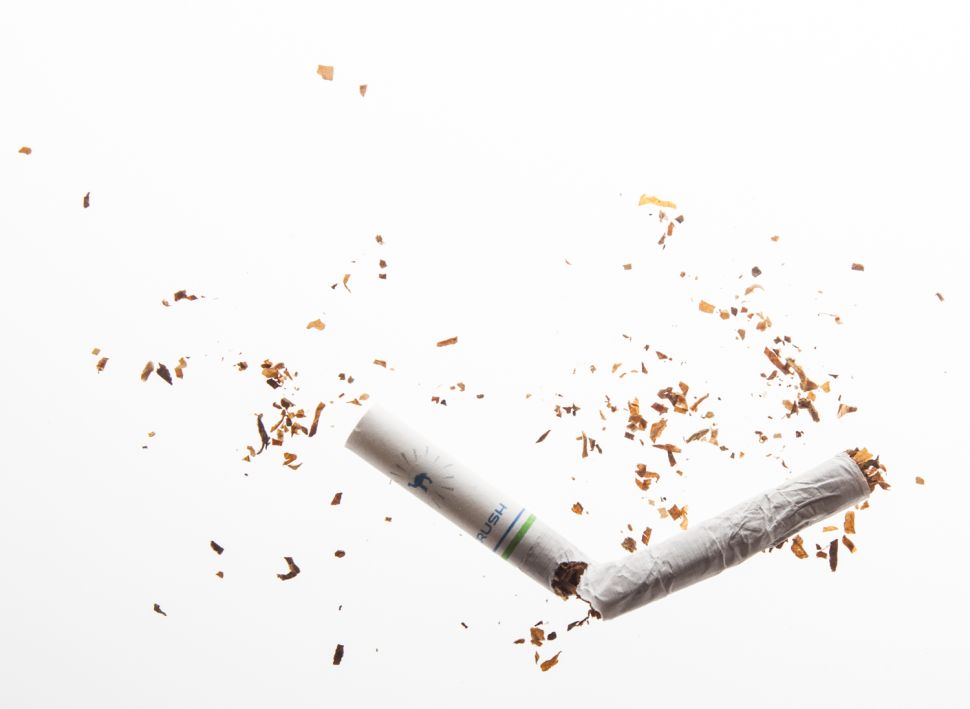