Assemblyman Michael Patrick Carroll (R-25) said his absence from a list of backers of Gov. Chris Christie otherwise known as the campaign team should not be read as a set-in-stone rejection of Christie.

Far from it, he told PolitickerNJ.

“There are something like 20 or 21 candidates in the race right now – I might jump in myself,” he said of the 2016 presidential sweepstakes. “It should not be taken as insult to the governor. He’s the best governor of my lifetime but it’s very early. We still have another eight months to decide.”

A Morris County movement conservative Republican who has known Christie for more than two decades, Carroll will decide on 2016 at some point, he said, and, in addition to Christie, likes U.S. Senator Marco Rubio, Senator Rand Paul, and Wisconsin Governor Scott Walker. 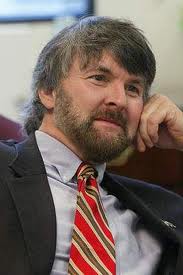