As this year’s graduates venture out into the world, they should ask themselves what their world would be like if iconoclasts like Abraham, Jesus, Martin Luther King Jr., Nelson Mandela and Mahatma Gandhi had had to contend with the current ethos on college campuses. In the name of safety, sensitivity and equality, students at colleges across the country are waging a holy war against ideas that alienate, challenge and provoke. As recent writings by David Brooks, Peggy Noonan, Kirsten Powers and others have noted, a spirit of McCarthyism now pervades the college scene. Professors who once were asked to elicit debate and provoke soul searching are now being attacked, and in some cases even purged from the ranks of academia, by students who want their own worldview reinforced, not challenged.

Ironically, these students, who are loath to contend with ideas antithetical to their own, would have been an obstacle to progress in human rights, women’s rights, civil rights and gay rights. Today’s students would have felt offended by their teachers challenging the “safe” ideas of segregation, apartheid, heterosexual marriage and colonialism. They would have stormed the academic Bastille for daring to question their contemporary mores.

To take one example, the Old Testament’s most radical ideas were that mankind is in control of its own life, that the world was bequeathed to humanity to rule and improve, and that all people were created by one God and therefore share an inherent dignity and worth. Today, these ideas are mainstream, and their radicalism is lost on most. But the world that the Bible challenged was far from what we know today.

The Pagan world was characterized by wanton violence, child sacrifice and social unrest. It lacked a civilizing influence primarily because implicit in its theology and ontology was the notion that mankind was at the mercy of a pantheon of Gods. Man had neither the choice nor the ability to impact history. Therefore, there was no need to love, build, respect and give because in the big picture it was all futile.

So how did we get here? How have we evolved into a society that for the most part universally accepts values such as love, respect, civility, charity, monogamy, family? The answer is in the Bible, and it was one iconoclast who saw the world as his classroom and had the guts and guile to use it to challenge the status quo.

Abraham was not just the first Jew; he was the first Monotheist. It was he who dared to question the pervasive belief in the divinity of wooden statues, and it was he who came to understand that children are not chattel to be sacrificed to a deity but are the pinnacle God’s creation.

The Jewish Midrashic literature teaches that it was through nature, in its raw, majestic beauty, that Abraham came to challenge the paganism of his time.

One night, the Midrash recounts, Abraham looked up in amazement at the stars and concluded they must be the gods, and he would worship them. When the stars disappeared in the dawn, he realized he had been mistaken. The same thing happened with the sun during the day, and the moon the following night. Finally, the Angel Gabriel came to him and revealed that there was one God with power over the heavens and the Earth.

The world is scary and tumultuous, and the seduction to ascribe powers to a system of deities who ultimately control us like puppeteers is powerful. In fact, that pagan worldview was the “Safe Room” of antiquity; yet the world is better because Abraham was willing to entertain a different idea.

Progress is not easy. It is dangerous and hurtful for those who dare to drive it; but we call those people leaders and icons for a reason. They willingly leave the safety of their legacy philosophies and sensitivities, embrace intellectual encounters that are uncomfortable and alienating, and then march forward into the world with humility, a sense of purpose and a call to action. Here’s to the class of 2015 and the hope that they grow up to challenge themselves and the world to be better.

Keith Zakheim, CEO of PR firms Beckerman and Antenna, serves as a strategic advisor to political leaders, both domestically and internationally. 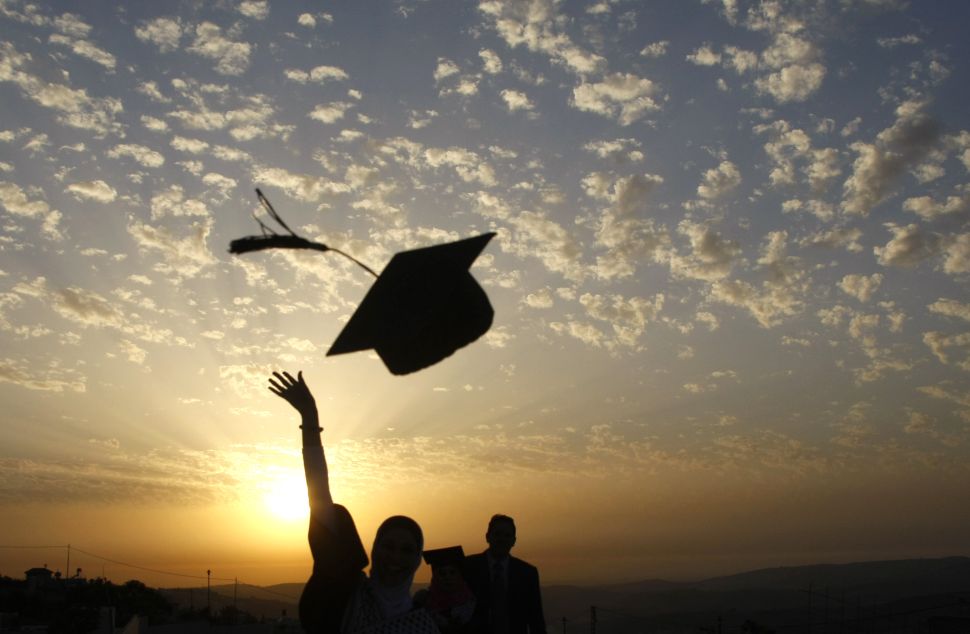