Cross our hearts, hope to die; you’ll want to go to this party. Or, at least wear some of the wares from it. Last year, Lisa Jackson began work on her LJ Cross line of jewelry. The line was inspired by the costume jewelry crosses her late brother collected. Many of the beautiful pieces are set in rose and white gold, with pavé diamonds. Unsurprisingly, the line has fans among notable women in fashion like Vera Wang and Tory Burch—who aren’t put off by the fact that prices go up to around $12,000. For those on a less Primates of Park Avenue budget, there are also pieces for a more moderate $750. Today, Ms. Jackson will be making her way from her Madison Avenue shop to a summer pop-up at JANGEORGe, where her jewelry line will be featured. She’ll be celebrating with a special reception where you’ll be able to mingle with a super-chic crowd, and try on some spectacular baubles. JANGEORGe, 11-17 Madison Street, 3-6 p.m.

So we beat on, boats against the current, borne back ceaselessly into the past … and that’s a good thing. Well, insofar as it applies to the Jazz Age Lawn Party, at least. This year, the event is celebrating its 10th anniversary with dancing, drinking, delicious gourmet treats and general flapper-like cavorting. 1920s attire is appreciated so this is the perfect opportunity to don your best jaunty fascinator to channel Daisy Buchanan or Jay Gatsby. You’ll be able to dance the Charleston to the sounds of Michael Arenella and his Dreamland Orchestra and enjoy cocktails provided by St-Germain French elderflower liqueur and Martini & Rossi sparkling wines. Antique gramophones will be playing tunes from the era, and there will be will be an opportunity to get a vintage-style portrait done in one of the party’s special photo booths. There’s even a 1920s motorcar exhibition, which may or may not have Gatsby’s yellow Rolls Royce on display. And of course, you’ll have ample opportunities to do some whispering among “the champagne and the stars” with your turtledove. Governors Island, 11-5 p.m., $55 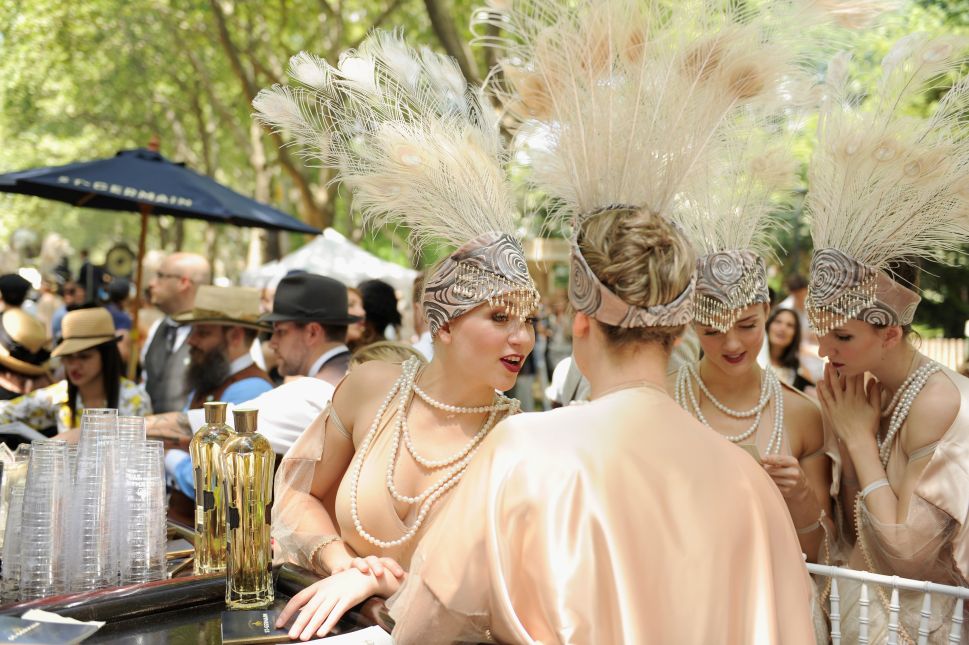