What are you trying to quit? We all have something we should definitely give up if only so you can write a best-selling, deeply felt memoir about it (mine will be about how I stopped ripping my nails nervously, and it will, sadly, not meet the publisher’s expectations). The Gratitude and Trust Summit might be the place to start. It will feature hosts like Paul Williams and Tracey Jackson, who wrote Gratitude and Trust—Six Affirmations That Will Change Your Life. Go out there and start quitting, because quitters win at least 40 percent of the time. 92Y, 92nd Street and Lexington Avenue, 8:30 a.m.-6 p.m., $120

A joke! Q: Two Asian men invented a game where you hit a small ball back and forth over a net. What’s it called? A: Tennis, you racist. Anyhow, the young leadership committee of the Blue Card Fund is hosting a Ping-Pong match tonight to benefit Holocaust survivors, so definitely go to that. Studio Arte, 265 West 37th Street, 6:30-9:30 p.m., $50

Summer isn’t just for barbecue. Tonight there’s a party at Cherry Restaurant to welcome their new executive chef, John Keller, formerly of Nobu. It’ll be a welcome change to trade some of those PBR’s for sake. Cherry, 335 West 16th Street, 6-8:30 p.m., invite only

You’re never going to be as cool as Debbie Harry. And that is O.K.! If you were the lead singer of Blondie you would have to spend probably a third of your life styling your hair so you look like some sort of beautiful Valkyrie. Then you’d have to devote another third figuring out how to say awesome, acerbic things to interviewers. And you’d have to spend the rest singing like some sort of fallen angel. That would be a lot of work! You know what’s considerably less work? Just going to see Blondie perform tonight at Madison Square Garden. She’ll be sharing the stage with Morrisey (personally, I believe you probably already are at least as cool as Morrisey). Are they going to sing duets together? Maybe! Probably! It is going to be awesome, and your combat-boot-wearing teenage self is already jealous of you for living in a world where you get to do stuff life this. Madison Square Garden, 4 Pennsylvania Plaza, 8 p.m., $35-$150

The worst time to get into any kind of workout has to be January. The gyms are always crammed with people who have just made their New Year’s resolution to get in shape. They will take over all the machines, and you will wonder why you ever did this mad “working out” thing. The other worst time is probably June, when everyone is trying to get a beach body on their half day before going to the Hamptons, but do not let that stop you. You can figure out which hip new workout is the hip new workout for you at Self magazine’s Up and Out Studio event this weekend. The studio is going to feature what they promise are some of “this year’s hottest workouts like Barry’s Bootcamp, CityRow, CPX, Flywheel, Jetset Miami, Kettlebell Kickboxing, Mile High Run Club, Plojam, Pure Barre, Shift by Dana Perri, and 305 Fitness.” I only know what maybe half of those are, so I am pretty sure they are incredibly cool. (Especially Jetset Miami! I have no idea what it is, but I am hoping you get to do stuff on trapezes in swimsuits.) It’s an awesome chance to see what workout you’ll actually want to commit to in August when the gyms are virtually empty. Spring Studios, 50 Varick Street, classes from 8:30 a.m.-1:40 p.m., $35 for one class, $50 for two classes

Don’t let anyone tell you that women aren’t funny. Certainly, no one in the audience of Voices for the Voiceless: Stars for Foster Kids would even suggest it after seeing Tina Fey, Kristin Chenoweth, Jane Krakowski, Megan Hilty and Rosie O’Donnell perform tonight. St. James Theatre, 246 West 44th Street, 7 p.m., $52-$252

Town & Country’s editor in chief, Jay Fielden, and architecture and design editor, Pilar Viladas, are hosting a summer soiree to celebrate “style and design.” I’m going and cannot wait to get their insights on which of my IKEA pieces are the best pieces. Salon 94, 12 East 94th Street, 6:30-8:30 p.m., invite only

America’s greatest hits are so three days from now. Today, celebrate rocking Canada’s greatest hits, on our northern neighbor’s 148th birthday, in a cabaret show conceived of and emceed by Jeff Breithaupt. It will feature an amazing collection of performers like Jeremy Kushner and Ophira Eisenberg, putting their own personal twist on some classics. Joe’s Pub, 425 Lafayette Street, showtimes at 7 p.m. and 9:30 p.m., $25 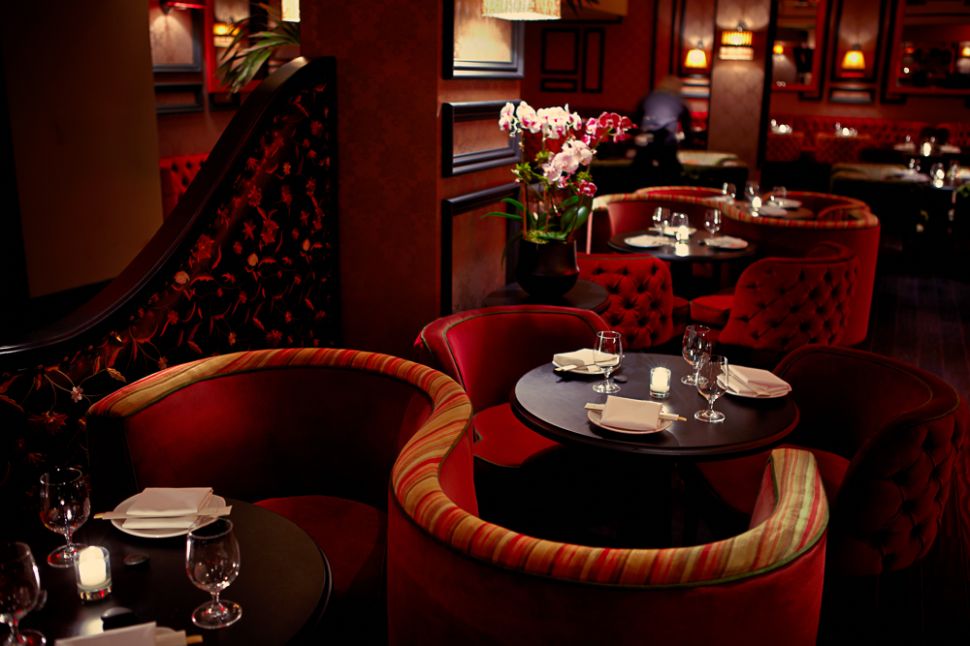