BAYONNE and JERSEY CITY – Nicholas Chiaravalloti and Angela McKnight crushed the opposition in the 31st Legislative Assembly Democratic primary on Tuesday, triumphing by a wide margin in both Bayonne and parts of Jersey City, the Hudson County municipalities which comprise the district.

According to unofficial numbers provided by Shawn “Sully” Thomas-Sullivan, the chairman of the Jersey City Democratic Organization (JCDO), the Column A team of Chiaravalloti, of Bayonne, and McKnight, of Jersey City, backed by the Hudson County Democratic Organization (HCDO), triumphed by a 3 to 1 margin in Jersey City, losing only two polling districts in the part of LD 31 located in the city. The victorious slate won Jersey City’s largely African-American Ward F by a 4 to 1 margin, according to unofficial numbers.

The margin of victory in Bayonne for Chiaravalloti and McKnight was also close to 4 to 1, according to unofficial numbers.

In the back room of the Chandelier catering hall in Bayonne where HCDO party officials, committee members and candidates cheered the triumph of the organization-backed candidates, the leader of the Hudson Democrats read the unofficial return results from his cell phone, then beamed before he spoke. 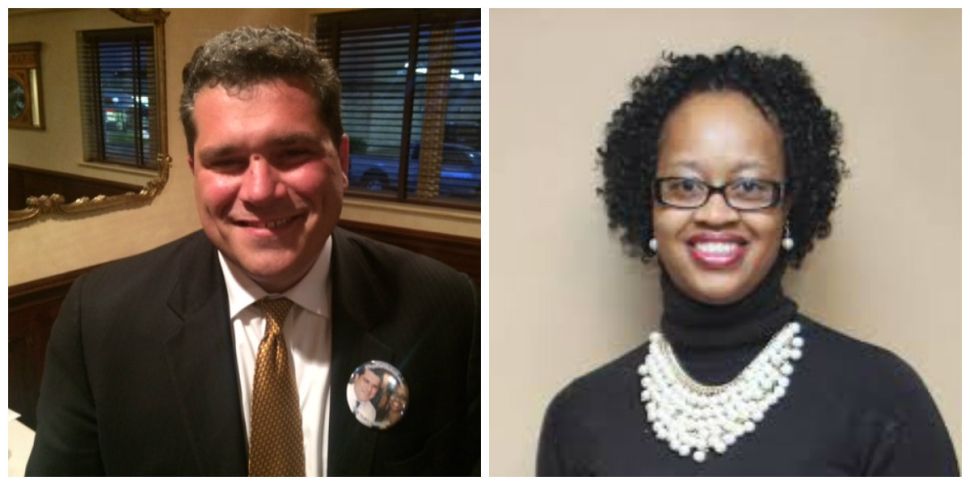