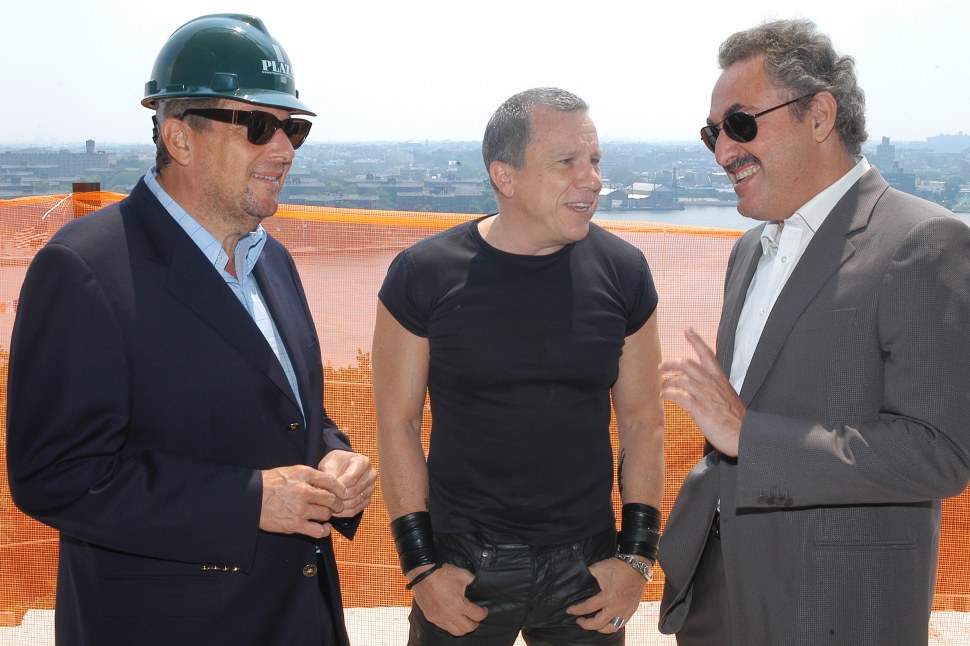 It’s good to be the governor—especially if you’re a sports fan.

On Friday morning, New Jersey Governor Chris Christie appeared on WFAN’s “Boomer & Carton Show,” where he discussed the coming Eastern Conference Finals—the elimination game 7 that would determine whether the New York Rangers or the Tampa Bay Lightning would be headed to the Stanley Cup finals. The governor joked how he’d be sitting in the same seats he’d used for Sunday’s Game 5 loss but that he was changing his karma: “One of my kids that I brought for Game 5—I kicked her out.”

The governor mentioned that he’d be sitting in the same seats Friday night as he’d used the previous Sunday. What he did not mention—and perhaps did not know—is that earlier that same afternoon, the usual holder of those seats had settled a long-running suit with the EPA and the DOJ that required the payment of a large fine and the donation of over a hundred acres to preservation in Morris County, New Jersey.

A spokesman for the Governor, Kevin Roberts, told the Observer, “The Governor paid his own way to the game on Friday” as well as to the game the previous Sunday. Mr. Roberts told the Observer that the governor bought the tickets through The Rangers, though he declined to how much the governor had paid. But the Observer’s reporting has discovered that Mr. Christie’s seats— Section 109, Row 13, Seats 1-4, and they’re pretty awesome—are ordinarily occupied by Zygmund “Zygi” Wilf, the owner of the Minnesota Vikings who is also the head of Garden Homes and other members of the Wilf family. Vin at AllShows.com told the Observer that those seats would have gone for $1000/seat for Game 5, and $1800/seat for Game 7, which maps closely to what they were being offered for on Craigslist. Email sent to one Wilf spokesperson was referred to another; email to the second Wilf spokesperson sent Monday afternoon had not been returned as of Monday night. 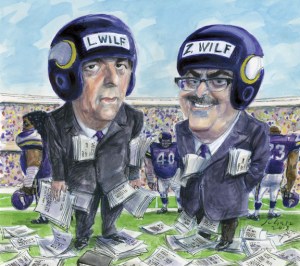 According to the EPA and the Justice Department, Garden Homes, the development company owned by Zygi and Mark Wilf, was accused of failing to control storm water discharges that may have led to pollutants flowing into the Raritan, Rahway, Hackensack, Passaic, Saddle and Delaware River watersheds, according to the EPA. The Wilfs, who are based in New Jersey, where Garden is the largest developers of multi-family apartment buildings, agreed to pay a fine of $225,000. While that fine will be paid to the Federal government, it’s New Jersey that stands to benefit the most: another condition of the settlement is that the Wilfs donate 108 acres (including 23 acres of wetlands) in the Highlands Preservation Area from which a large section of Northern New Jersey derives its drinking water.

According to the original complaint, Garden Homes “violated the Construction Permit” at as many as 10 construction sites, including the tony developments Bel Air Woods in Livingston, and The Reserve at Bel Air in West Orange. The specific allegations are boring as hell, and include for example how the failure to “maintain perimeter silt fencing” and install proper filter fabric on stormwater catch basins at Bel Air Woods could have allowed contaminants to discharge “to the Canoe Brook Tributary, which flows into the Passaic River.” At The Reserve in Bel Air site, the company is accused of skipping weekly inspections 210 times over a period of just over four years (ie, basically all of them).

“Today’s settlement will help protect New Jersey waterways from the harmful pollutants contained in stormwater runoff from Garden Homes’ construction sites, and also preserve valuable wetlands and wildlife habitat,” said Assistant Attorney General John C. Cruden for the Justice Department’s Environment and Natural Resources Division. He added that there would also be a “requirement that Garden Homes develop a corporate-wide stormwater management program” that is expected to cost the Wilfs over half a million for the first year and about $387,000 for each year thereafter.

John Martin at the U.S. Environmental Protection Agency told the Observer “The EPA inspections took place in 2012 and 2013,” which means that these accusations and negotiations were taking place even as the Wilfs were negotiating 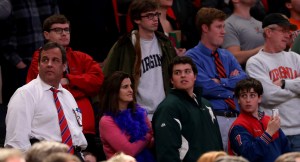 New Jersey Governor Chris Christie, seen here with his wife Mary Pat and his sons Patrick and Andrew, is an ardent sports fan. Pictured here during the regional semifinal of the 2014 NCAA Men’s Basketball Tournament between the Michigan State Spartans and the Virginia Cavaliers at Madison Square Garden on March 28, 2014. (Photo: Bruce Bennett/Getty Images)

There is no suggestion that Mr. Christie has done anything improper here. He’s entitled to take his kids to a hockey game and again, according to his spokesman, he paid for the tickets personally. But it might raise eyebrows that the governor—who has endured uncomfortable questions before about attending expensive games—happens to show up sitting in the seat normally used by someone who just happened to preserve 108 acres in Mr. Christie’s home county that very day. And although the fine was federal, one can be sure that state officials from the NJ DEP—which Mr. Christie controls—were involved in the settlement, since the state administers the Highlands Preservation Area. On the other hand, just about anyone with the cash to hold those kind of season tickets is going to have business before authorities, so buying directly from the Rangers is actually a thoughtful way to transact business.

This is hardly the Wilfs’ first scrape with the authorities. In 2013, a judge hearing a long-running suit in which the plaintiffs alleged that the Wilfs cheated them out of their share of an investment wrote that “Bad faith and evil motive were demonstrated by the testimony of Zygi Wilf himself” and approved punitive damages because the Wilfs acted with “a willful disregard of the rights of the partners … And it was clearly not negligent. It was grossly willful. And it was done repeatedly.” He concluded, “The Wilfs didn’t just take a little extra money. They robbed their partners. … They took as much money as was there.”

Unfortunately for the Governor Christie, the Wilfs and all New York hockey fans, the Rags fared no better on Friday than they had on Sunday, despite the Christie karmic shift. They lost both games 2-0. Go Black Hawks!

CORRECTION: An earlier version of this story concluded that Gov. Christie purchased the tickets directly from the Wilfs, whose family members normally sit in those seats. According to a spokesman for Gov. Christie, the tickets were purchased from the Rangers organization. The Observer regrets the error. 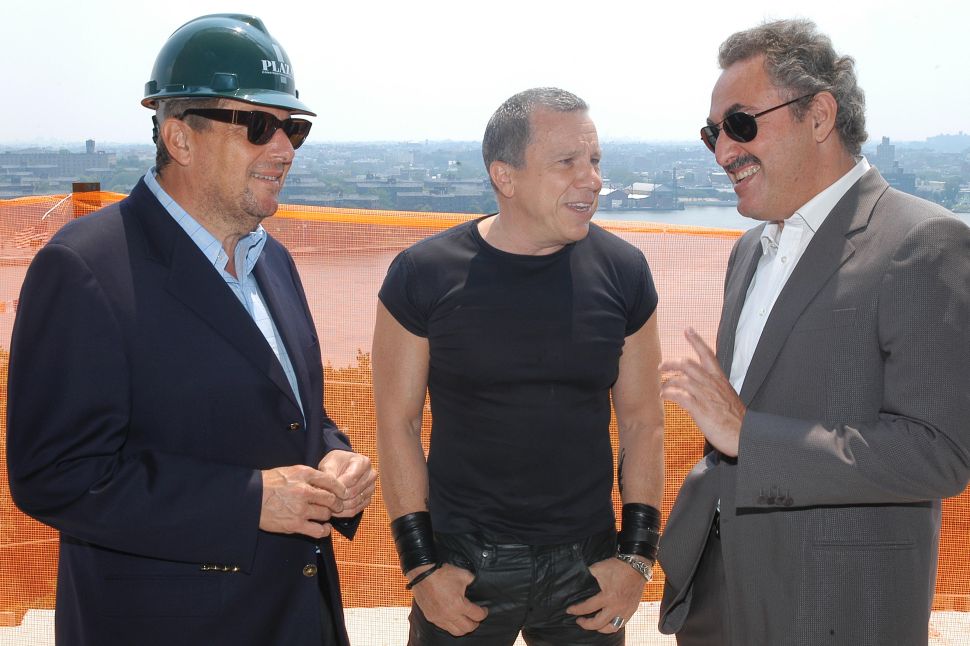