TRENTON – New Jersey Governor Chris Christie, on the precipice of a 2016 presidential run, signed the state budget at the State House in Trenton on Friday, but underscored certain key conditions that highlighted his hard stance on certain policy positions, including the state’s beleaguered pension and benefits system.

“The budget is done,” Christie said moments after he signed this year’s state budget, while pointing out a conditional veto of a proposed revival of the millionaires’ tax backed by Democrats in order to attempt to increase New Jersey’s earned income tax credit from 20 percent to 30 percent, a move Christie claimed would help working families, pending final legislative approval on Monday. “Obviously, we’re signed the budget along with a number of line item vetoes on spending. In fact, we’ve line item vetoed over $1.6 billion in spending out of this year’s budget. Once again, the Legislature overspent. We said that we would make government smaller when we started six years ago, and we continue to do so.

“My veto of the millionaires’ tax is a conditional veto, sending [the budget] back to the Legislature, for their concurrence, I hope, in increasing the earned income tax credit for 20 percent to 30 percent, a fifty percent tax cut for the working families of New Jersey,” Christie continued, noting his continued refusal to raise taxes as a personal policy prerogative overall. “This is something that those families need now more than ever. Then working families in New Jersey will know that they will have more money in their pockets to spend on their families, instead of more money in the pockets of politicians to spend on their special interest friends here in Trenton.”

Christie also noted that additional found revenue had been found to make a $212 million supplemental payment to the state’s pension system, a highly controversial issue in Garden State politics.

But when Christie further considered the red nuclear button pension payment issue, he firmly pressed it.

“If I had the money to make the full pension payment, I would, but we didn’t,” Christie said. “[The public sector unions] can yell at me and pick at me, but I’m the one who told them the truth about how to reform [the pension system]. I will continue to put in as much as we can afford, but not a nickel more.”

While the press continued to press Christie about his apparently upcoming presidential bid announcement next Tuesday during the almost hour-long press conference, the governor continued to be coy.

“We’re not answering questions about my political future today. We have plenty of time to talk about that next week,” Christie said. “I’m here today to talk about my job as governor.”

But before he fled the glare of the cameras to begin the weekend before a potentially fateful decision to join the growing 2016 Republican candidate rugby scrum, Christie nodded to the anticipated reason why many eyes are locked in on him.

“I’m sure I’ll see you all over the summer. I’m glad that the budget is done, so New Jersey can rest easily. I’m hoping the Senate will give me more confirmations when they come back on Monday. That would be nice,” Christie said, seconds before existing stage left. “And I’ll see you all next week.” 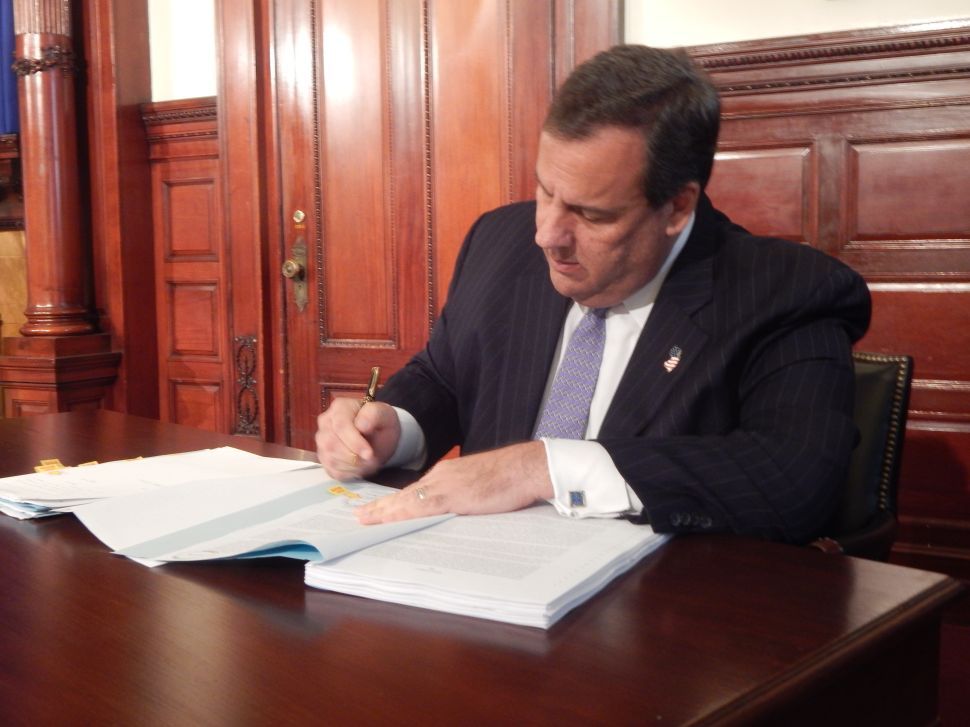