Leah Rudick and Katie Hartman’s web series, Made to Order, is a comedy show about food. I dare you to find a better combination.

The two together make up Skinny Bitch Jesus Meeting—an aptly wild name for the comedic duo. Ms. Rudick and Ms. Hartman met while attending Sarah Lawrence College, taking a comedy class. It is there they gathered inspiration for their group name. As Ms. Rudick explains, “[The name] was just an inside joke from an interaction we had in college and then we just thought it would be funny to throw the word ‘Jesus’ in there…”

“Because he makes things hilarious,” Ms. Hartman says, completing Ms. Rudick’s sentence for her. This is often how the two communicate, words and thoughts and jokes overlapping. It’s fun to listen to during an interview; it’s even more entertaining onscreen.

Made to Order first premiered April 2014, and released its fifth episode June 9. The series follows two hapless sisters and their quest to create an exclusive food delivery service. And while the episodes verge on outrageous (think kidnappings and an insane dream sequence), the plot is based in truth. Explains Ms. Hartman, “There was a guy who was making these lobster rolls in his house and he would sell them to people and it sort of became this underground craze, like, you’d have to know a guy to get his number and text and meet him at a corner.”

The sisters try to emulate the secretive model, with ridiculous results. The duo isn’t afraid to push boundaries, so yes, expect some surprising twists. Including an appearance from Ms. Rudick dressed as a certain, ahem, German dictator. When asked if she had any hesitations about appearing onscreen as Hitler, Ms. Rudick laughed.

“I mean … I guess I probably should have had more reservations about that! I remember the night before we shot it I was like, in my apartment, and I was trying to figure out how to make a Hitler costume with my boyfriend … and I was like, if someone came in here right now, I would be in a lot of trouble. I should’ve backed out. I should’ve had a body double.”

But it’s this fearlessness that’s accepted, even encouraged, in the new age of female comedy. While discussing the progress made by pioneer female comedians, Ms. Rudick explains, “I think that everyone makes it easier all the time, everyone that has come before us is making it easier every day.”

Ms. Hartman elaborates, “I think that now is obviously a great time where women comedy is being shown more, but it always sort of existed, you just had to root around for it a bit more.”

Skinny Bitch Jesus Meeting has benefited from modern day comedy in more ways than one: their show is online, a medium used regularly by comedians to gain exposure.

As Ms. Rudick explains, a web series allows the stars, “Complete control over [the show], and it’s something that is accessible to us. I think we would both love to be doing TV shows, and this is the stepping stone to that, this is our own voice, however we want, and we do it for not very much money, and just put it out to the world.” 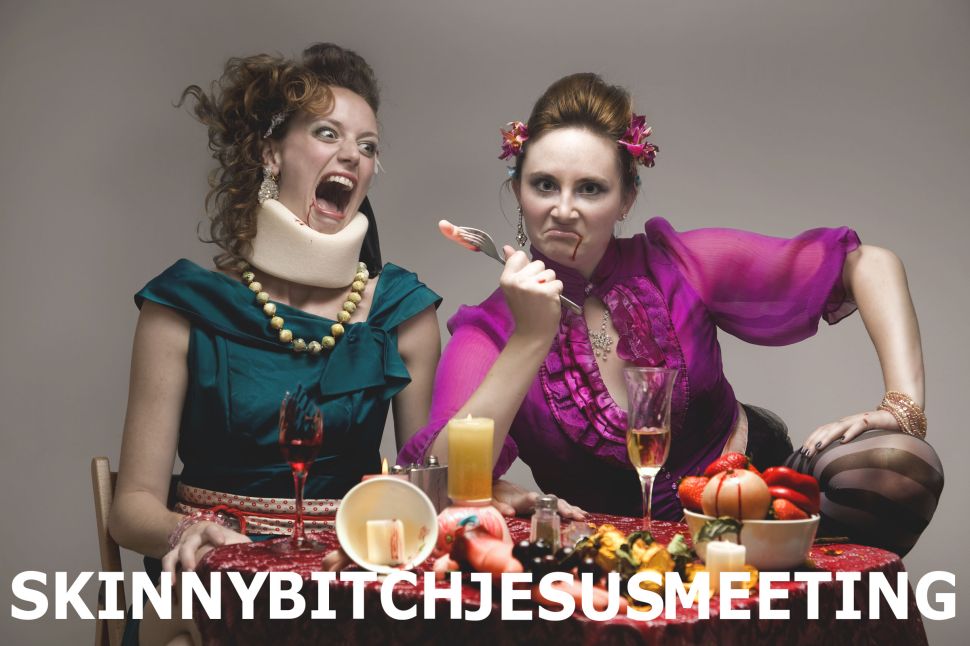