Hacker Samy Kamkar is getting a lot of press for a video in which he demonstrates that an outdated Mattel wireless texting toy can, with a few modern modifications, be used to open most garage doors in 10 seconds. The weakness lies in the door openers- most only accept 12-bits combinations, which means there are 4,096 possible combinations (by contrast, there are 5,184 possible combinations of a two-character website password). Mr. Kamkar outlines his process and reasoning in this video:

Most people who watch this are probably amazed that a seemingly harmless toy can be used for such nefarious ends, but amateur hackers have been experimenting on toys for well over a decade.

In their heyday, Furbies were a ubiquitous presence in every American home. But enterprising hacker Lee M. von Kraus didn’t think the plush toy was enough, so he transformed it into a microcomputer. He started by skinning the Furby using a zipline- this revealed the doll’s wires and sensors. Mr. von Kraus then added a nine-volt Lego motor so the Furby could drive around and test its hardware (including bump sensors to keep it from crashing into walls). Finally, he tested its sensitivity to touch and light. Mr. von Kraus’ website includes code which describes the whole process, in case you too want to violate one of your childhood toys.

Another classic ’90s cartoon, SpongeBob SquarePants, was also bastardized by tech geeks. One budding YouTube scientist electronically programmed a SpongeBob toy with a circuit breaker. The anthropomorphic sea creature starts out by saying “It wasn’t me! OK, it was me” in German before making a series of fart noises and record scratching sounds. Finally, through the magic of technology, SpongeBob gets to drop the bass; several YouTube commenters compared the sound to Skrillex. Clearly no character is sacred in the mind of a computer hacker:

The experimentation is not limited to animated characters. CultFusion, a YouTube channel which specializes in “circuit bending and music videos” according to their channel description, combined their two specialties by hacking a Playskool xylophone with circuit breakers. This results in the most badass versions of “Mary Had A Little Lamb” and “Frère Jacques” that you’re ever likely to hear—Trent Reznor would be proud:

Even the Brits have gotten in on the fun. Two designers at The Neighbourhood, a Manchester-based “creative communications agency,” wanted to give hacking an experiential component. They outfitted a sheep toy with an Arduino circuit board and programmed the sheep to bleat when it was sent a tweet. An electronic relay activates the toy, and an attached LCD screen shows the tweet and sender.

So while Mr. Kamkar may have executed the most complicated hack using a children’s toy, he certainly wasn’t the first to succeed with the idea. 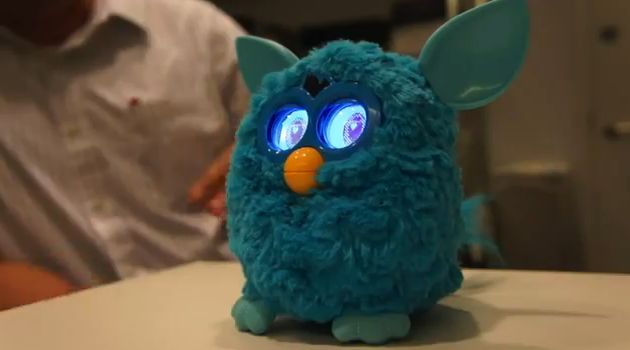