Mathematically speaking, who is the most creative artist ever? According to a new algorithm that gauges “creativity,” the answer is Fernando Calhau, a Portuguese artist who never received much acclaim in the U.S.

Mr. Calhau—a painter, sculptor and photographer who passed away in 2002—earned the title of most creative artist ever after two Rutgers University computer science students developed an algorithm that measures works’ creativity. Or rather, it measures how far an individual piece strays from the norms of its time, looking at use of color, contrast, texture and perspective.

The scientists employed the algorithm in the analysis of more 62,000 art works from the Wikiart.org database, said ArtNet News, which first reported the results of the paper, which is available here.

Highly creative works, according to the code, included The Scream (1893-1910) by Edvard Munch and Demoiselles D’Avingnon (1907) by Pablo Picasso, said ArtNet News.

But how can you test such a computer program? The scientific duo, Ahmed Elgammal and Babak Saleh, thought of that. They used what they call the “time machine experiment” to make sure the algorithm was working as intended. The experiment involves comparing a given work to later and earlier pieces—if it ranks as more creative than earlier works and less creative than later ones, the code is doing what it purports to.

However, the program does seem to prefer certain genres, the paper’s authors admit.

So it seems like perhaps “measuring creativity” is a bit of an oversimplification. 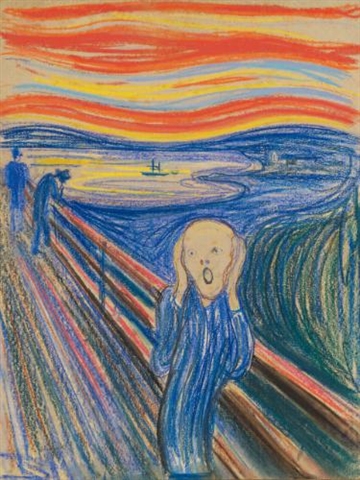