Set in the back of a dive bar called Tender Trap, Superchief is not a swanky gallery. With a DJ in the corner, a few disco balls dangling from the ceiling, and gallery-goers drinking beer around several tables, Superchief aims to be a laid-back, creative hub dedicated to promoting local artists—and having a good time.

“Booty Worship” came to Superchief through its sister gallery in Los Angeles after the show’s warm reception there. During the month of June, a different set of artists, every Thursday, take a whack at the gluteus maximus. Reginald Pean, 28, an artist from Brooklyn, came up with the idea and co-curated the exhibit. After growing up admiring Renaissance art and the female body, Mr. Pean wanted to create “a body positive, appreciation of all things butt,” he told the Observer. “Animals, Insects, robots, whatever, everyone has a butt. That’s something we can all relate to.”

Roughly two dozen pieces lined the walls—a photograph of a woman with a puppy perched on her arched back, a neon-colored painting of a naked cartoon woman, Bigfoot’s shaved butt imprinted on a wooden toilet seat. One artist said he went temporarily blind making his rendition of Jesus coddling Mary Magdalene’s posterior on a vivid red blanket.

Despite the subject matter, the exhibit was far from vulgar. The art was tasteful and real in a way that made you feel comfortable and a little sexier.

“[Butts] generate so much energy!” said Christian Hooker, an artist who contributed a photograph of paint dripping down a woman’s contours. “I can’t think of a more inspiring body part on anyone. Just being an artist sensitive to shade and texture, I can’t think of a better subject to paint.”

For Alex Ebright, 29, a gallery-goer from Brooklyn, the exhibit was about feeling connected. “They’re like the one thing that is universal. I love a great ass and thighs on dudes as much as I love them on a woman,” she told the Observer. “There’s universal appeal—it doesn’t matter, your gender, your sexuality, anything.”

After some mingling, snapchats, and inevitable voyeurism, the guests crowded to the stage when the room went dark and Beatrice Schleyer, 30, a Brooklyn-based performance artist, took the stage for an explosive, “booty centric” glow-in-the-dark go-go dance in just underwear and a lot of neon paint. The audience went wild when Ms. Schleyer bent over, filled her butt with glowing liquid, and twerked. The blue fluid fireworked out of her.

Ms. Schleyer’s work is all about, “the liberation of the body, particularly the female body, and the reclaiming of the female body,” she told the Observer after the show. “I often make the decision to sexualize myself, but I’m owning it.”

Superchief’s closing show for “Booty Worship” is this Thursday, June 25. 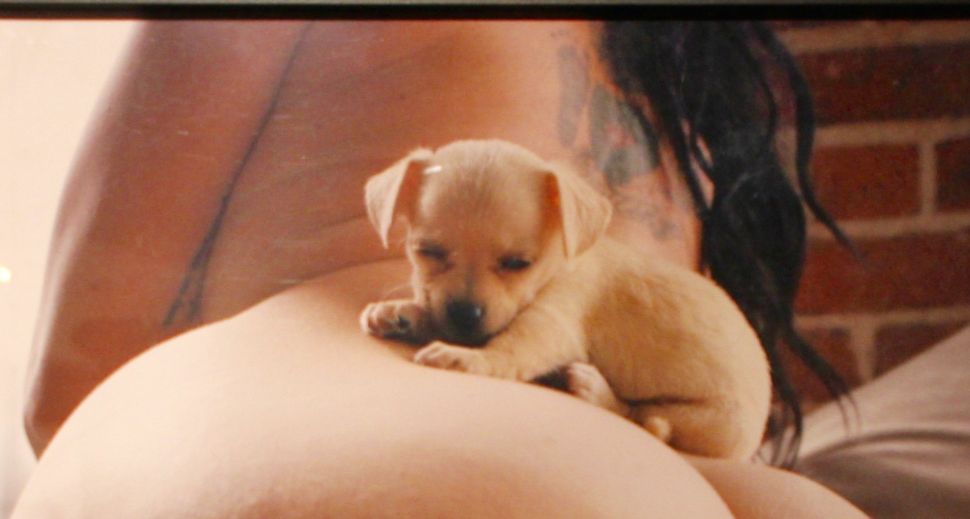