Something strange just happened. I watched Lifetime on purpose. Driving me to the soapy, (mostly) unbearable channel was UnREAL, a scripted series that follows the production crew of a Bachelor–esque reality dating show, Everlasting.

Stranger still, UnREAL bears no resemblance to any of its Lifetime original predecessors—no one has cancer, or engages in an Internet relationship with their stepmom, and the dog who saved Christmas is suspiciously absent.

No, UnREAL instead takes a thoughtful look inside the production of reality TV, harshly exposing behind–the–scenes gimmicks used to create compelling programming. The show opens with the return of Rachel (Shiri Appleby), a producer whose disgust with Everlasting resulted in an on–screen meltdown. However, her reinstatement is quickly justified—she’s highly skilled at coercing reality stars into giving brash head producer Quinn (Constance Zimmer) the outrageous soundbites she so desperately needs.

There’s a lot to like about UnREAL. Ms. Appleby turns out a wonderful performance; she has the doe eyes and raspy, girlish voice of Lena Dunham, and the enunciation and skittish mannerisms of Anna Kendrick. She openly struggles with her role as master tormentor, reluctant to ease contestants into compromising positions but still executing this task beautifully when forced by Quinn.

The premise itself is a good one: UnREAL strips Everlasting to its bones, showing the decidedly unglamorous side of structured and altered reality. Desperate women waiting in a limo for hours relieve themselves on a lawn while wearing soft gauzy gowns, while psychiatric files are on hand for Rachel to probe at particularly sensitive parts of contestants’ lives. The bachelor himself, Adam (Freddie Stroma), epitomizes the falsity of the program— he hopes to repair his off–screen image to attract investors to his new hotel and appears painfully aware of the show’s manipulation and tired trope.

There are, of course, wavering moments in the pilot. Some of Quinn’s insults feel forced (she exclaims “she’s marriage material, not his Mexican hooker” when Adam gets too handsy with a contestant.) I don’t blame Ms. Zimmer, whose performance is brusque, cold, and exactly what it needs to be. Her critical one–liners are a rare misstep in an otherwise strong script; they feel tired and play into the “Female Boss is a Raging Bitch” stereotype all too well. This comes from a slight identity crisis on the show’s part. UnREAL is not a comedy, nor should it try to be. Its humor comes from sheer cynicism; the ridiculousness of young women parading themselves around like demented pageant queens warrants more of a grim smile rather than a hearty laugh. The show flourishes on the drama; it wilts with attempts at humor.

Moreover, the show doesn’t seem to know what to do with its male characters. Chet (Craig Bierko) isn’t the challenging but charming show creator he’s intended to be. He’s creepy. Mr. Stroma as Adam is more caddish than endearing, and shows little room for growth (besides the tired trajectory of “Playboy Sees the Err of His Ways.”) Rachel’s interactions with ex Jeremy demonstrate a slight spark of flirty sexual tension, nothing more. The show really shines when it focuses on female dynamics and how destructive they can be, both on and off the screen.

Ultimately, UnREAL comes out strong, a rarity among summer shows. And as for me? I’ll swallow my pride and frequent Lifetime more often, even if it is just on Mondays. 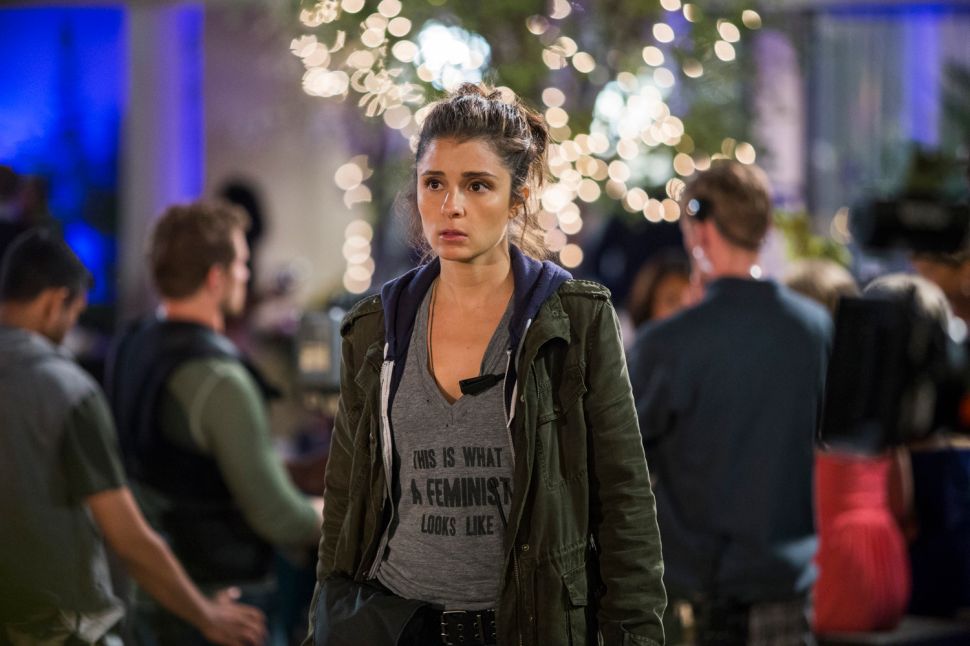