New York State’s lawmakers have finally reached a deal on Gov. Andrew M. Cuomo’s campus sexual assault bill that asks for a statewide standard for affirmative consent—knowing, conscious, and voluntary agreement to engage in sexual activity. Political leaders agreed to adopting new laws that will change how New York colleges, both public and private, handle sexual assaults in the future.

The Enough is Enough Legislation, supported by celebrities like Lady Gaga and Whoopi Goldberg plus over 40 city mayors, does not require students to enter into a written contract before engaging in sexual activity, but the bill seeks to reorient how students approach sex, Democratic Assembly woman Debora J. Glick told the New York Times. The bill reinforces the idea that every part of sexual activity should be always be consensual.

“It’s a question of putting everyone on notice that they have to be in a consensual situation,” Ms. Glick told the Times. “It also sends a message to the institutions that they have to up their game on how sexual assault on campus is viewed and treated.”

Under Enough is Enough, there will be a statewide amnesty policy, ensuring that students reporting incidents of sexual assault are granted immunity for campus policy violations, and campuses will be required to distribute a Students’ Bill of Rights to every student enrolled at the institution in order to inform sexual assault victims of their legal rights and how to seek help. The bill will also establish a “sexual assault victims unit” within State Police that will work with college campuses in fighting an issue that has faced institutions across the country for decades.

New York now stands alongside California as one of two states in the nation serving as a model for this type of bill. In September, California became the first state in the country to pass a law obliging every college within the state to form a consent policy. A consequence of not creating a policy was the loss of state financial aid.

“As the Governor, and as a father, I am proud that with this legislation New York will become a national leader in the fight against sexual assault on college campuses,” Gov. Cuomo said in a statement on Tuesday. “This action is a major step forward to protect students from an issue that has been plaguing schools nationwide for far too long. Once again, New York is setting the standard for other states to follow, and I look forward to signing this legislation into law as soon as possible.”

According to the Daily News, the Legislature is expected to pass the bill by the end of this week. 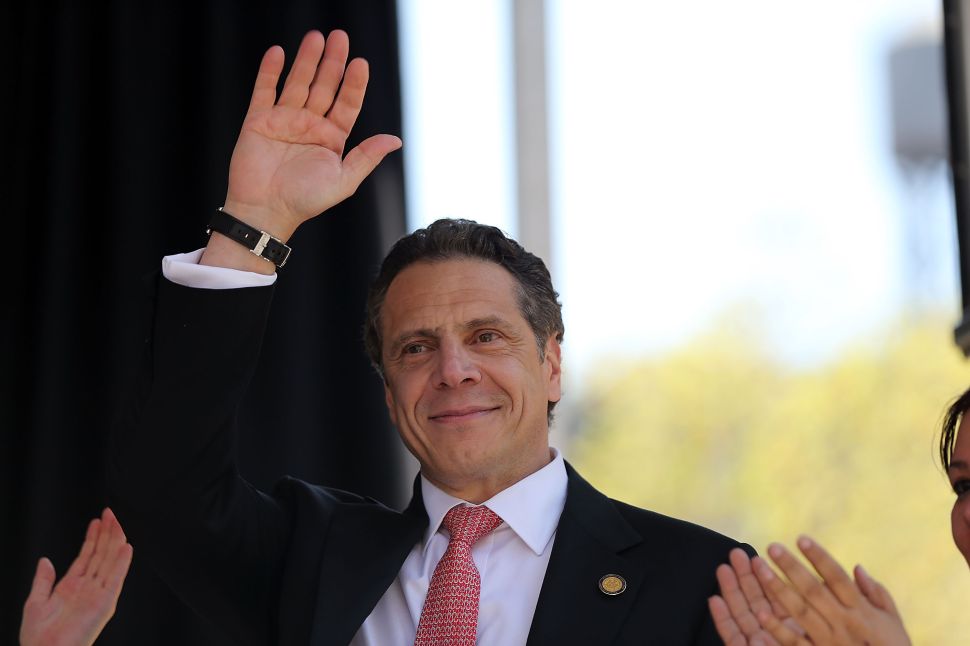