Mayor Bill de Blasio and Police Commissioner Bill Bratton today rolled out “One City: Safe and Fair—Everywhere,” a policing plan which they promised would give New Yorkers a more “intimate” relationship with the NYPD by familiarizing citizens with their local cops—whose numbers will be 1,300 stronger by July 2016.

The mayor’s plan calls for four classes to graduate from the academy by next year to fill out the new budget order for 1,300 more officers. According to Mr. de Blasio, who long resisted Mr. Bratton and the City Council‘s calls for more police, these new cops will give the department sufficient staffing to overhaul its approach to policing.

“We are taking it to the next level in this city,” Mr. de Blasio said in Washington Heights, noting troubled relations between crime-plagued nonwhite neighborhoods and the police. “I think all New Yorkers need to thank the members of the New York City Council for making this a reality.”

The website outlining the plan notes that 80 percent of New Yorkers say they feel “safe,” but only 50 percent give high marks to the NYPD—with the figure sinking lower in high-crime minority neighborhoods.

At the heart of the “neighborhood policing” proposal is having the same two officers patrol the same beat day after day, ideally establishing contacts and trust with the community. Meanwhile, officers will take a third of their shifts off from responding to radio calls to attend community meetings and to network with local leaders and residents.

It also moves authority from 1 Police Plaza to the borough commands, with the intent of creating a more localized strategy to combating crime. “One City” will also equip cops with new technology to take on both lawbreakers and terrorists.

The result, the mayor argued, will be both the prevention of crimes, the targeting of particularly problematic areas and residents facilitating and aiding police work.

There is also hope that the plan will boost flagging morale at the NYPD. Mr. Bratton said he believed improved and increased training, coupled with discipline reform, would remedy the situation. He compared “One City” with the plan he developed in 1994 under former Mayor Rudolph Giuliani, which established the numbers-driven Compstat system for identifying and targeting problem areas, and which is credited with drastically bringing down crime rates.

“What we are unveiling today, I am very comfortable, in the years ahead, it will have sustained itself and it will have expanded,” he said. “I’m so happy to have been police commissioner at this time.”

The NYPD has already piloted the plan at precincts in Washington Heights and in the Rockaways.

However, despite the name, the plan will not be implemented everywhere. Mr. Bratton stressed that all officers would receive new training and technology, the full neighborhood policing program would only go into effect in unspecified high-crime precincts—which he refused to list. 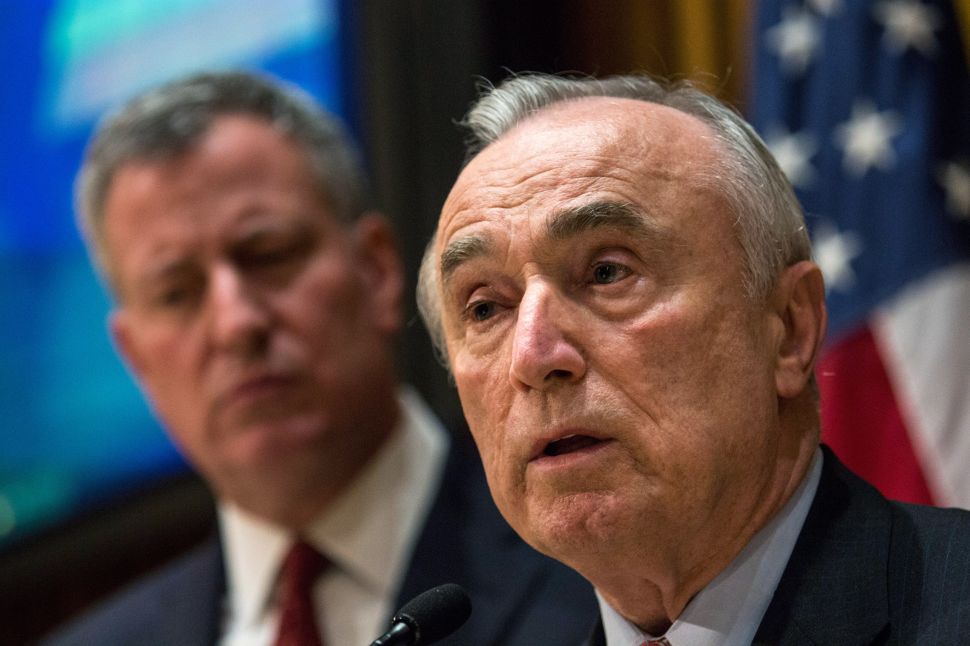