At a press conference announcing the indictment of a landlord who was allegedly harassing tenants, Mayor Bill de Blasio denounced rent laws that he said rewarded forcing rent-regulated tenants out of their apartments.

Mr. de Blasio’s comments today came as the State Legislature continues to battle over what to do about the city’s rent laws, which expired Monday at midnight.

“It’s impossible to talk about this without thinking about the backdrop of what we’re going through in these days right now–over a million rent-regulated units hanging in the balance; over two million New Yorkers,” Mr. de Blasio said in Crown Height, Brooklyn.

“The current rent law must be changed and improved because it rewards vacancies,” he continued. “And, therefore, an unscrupulous landlord will do everything in their power legal or illegal to get that vacancy, so they can jack up the rent an additional 20 percent.”

Mr. de Blasio stood alongside Attorney General Eric Schneiderman, a fellow Democrat, as the attorney general announced the indictment of landlord Daniel Melamed by the newly-created Tenant Harassment Prevention Task Force on charges that Mr. Melamed endangered the health and safety of rent regulated tenants, including a six-year-old child, during demolition and construction that began last year at his 14-unit building Crown Heights building. Pirooz Soltanizadeh, an engineer hired by Mr. Melamed to oversee construction at the building, was also indicted.

Mr. de Blasio, Mr. Schneiderman and Gov. Andrew Cuomo had announced the formation of the task force in February. This is the first indictment resulting from its creation.

State Senate Republicans have defended the status quo while Assembly Democrats have called for sweeping change. The two sides are currently at an impasse, and Mr. Cuomo, a Democrat, has not moved yet to resolve the conflict.

The permanent end of rent-regulation would be a boon for many landlords, who say the high cost of maintaining city apartments is not fairly accounted for in the law. Liberals, however, forecast disaster.

“This is a problem that is a new problem. We have not seen the rapid escalation of rents in every neighborhood like this ever before,” Mr. Schneiderman said. “There’s never been a boom like this.” 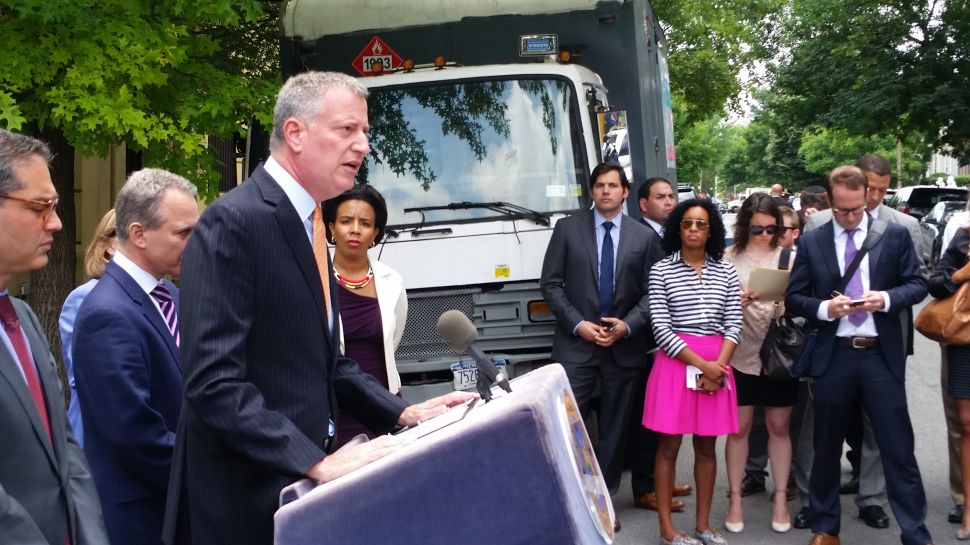