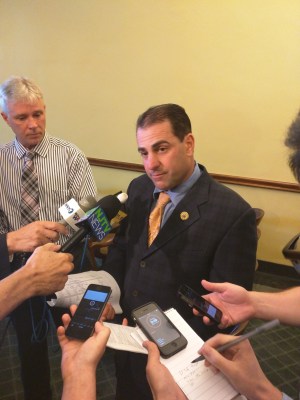 TRENTON — State Senator and Budget Committee Chair Paul Sarlo (D-36) says Democrats are set to introduce a $35.3 billion budget that will focus its resources on education and a beleaguered retirement fund, including a full five-sevenths pension payment for the 2016 fiscal year.

Sarlo outlined the details of the plan prior to a hearing by the Senate Judiciary Committee today, telling reporters that the Democrats’ budget — to be considered by the Senate Budget Committee tomorrow morning before a floor vote on Thursday — will spend $1.8 billion more on pensions than the $33.8 billion spending plan Gov. Chris Christie unveiled earlier this year.

The budget relies on three major revenue streams, Sarlo said, including a “true” high income surcharge on individuals who make over $1 million a year, a one-time 15 percent surcharge the state’s on corporate business tax, and a projection by the Office of Legislative Services that predicts  $700 million of increased revenue between FY2015 and FY2016.

Sarlo said the added revenues would allow the legislature to meet its pension obligation in 2016, according to a 10 year schedule put down by reform law brokered between Christie, unions, and Democrats in 2011. That laws calls for a five-sevenths payment, or $3.1 billion, for the coming fiscal year.

Christie’s own budget would short that payment, putting $1.3 billion into the fund.

“It’s an obligation that the legislature feels is necessary, regardless of what the courts have said,” Sarlo said, referring to the Supreme Court’s decision earlier this month that found the state did not have to make a slated FY2015 pension payment. “We have an obligation to fully fund the 5/7 payment.”

The details of the Democrats’ new budget comes on the heels of an earlier announcement by Senate Democrats today about their intent to put an additional $300 million toward the pension fund, citing stronger-than-expected June tax collections. Sarlo said that money will be spent on FY2016’s payment, and included as a supplemental in the budget.

He also said the budget includes a $50 million investment in education.

“Listen, nobody wants to take these measures,” Sarlo said when asked where a millionaire’s tax might hurt business in the state, as Christie, who is widely expected to veto such a measure in the same way he did last year, has argued. “But at the end of the day, we have an obligation to make these pension payments.”

Predictably, Republicans in the Senate and Assembly are roundly rejecting the spending plan, arguing that tax increases will kill business in the state. They also note that the budget relies partly on revenues from FY2015, which Christie has already called be put toward that year’s payment.

“I give Senator Sweeney and Speaker Prieto credit for sneakiness! They are incredibly backing off their position of just a week ago –that the full FY2015 payment should be made,” said Assemblyman Declan O’Scanlon (R-13), Republican budget officer. “Not only that, but they are now using dollars (extra ’15 revenues) the governor said should be dedicated to the 2015 obligation to back off on their obligation to fully fund the FY2016 payment.”

“Trenton Democrats are all about taxes, taxes and more taxes. Their budget plan is no surprise,” said Assembly Minority Leader Jon Bramnick (R-21). “There’s no need to guess about their solution to reform government. They just keep asking New Jerseyans for more money.”

Sarlo said the Budget Committee will likely pass the proposed budget at its hearing tomorrow morning, after which it will head to a full floor vote on Thursday. The current fiscal year ends on June 30. 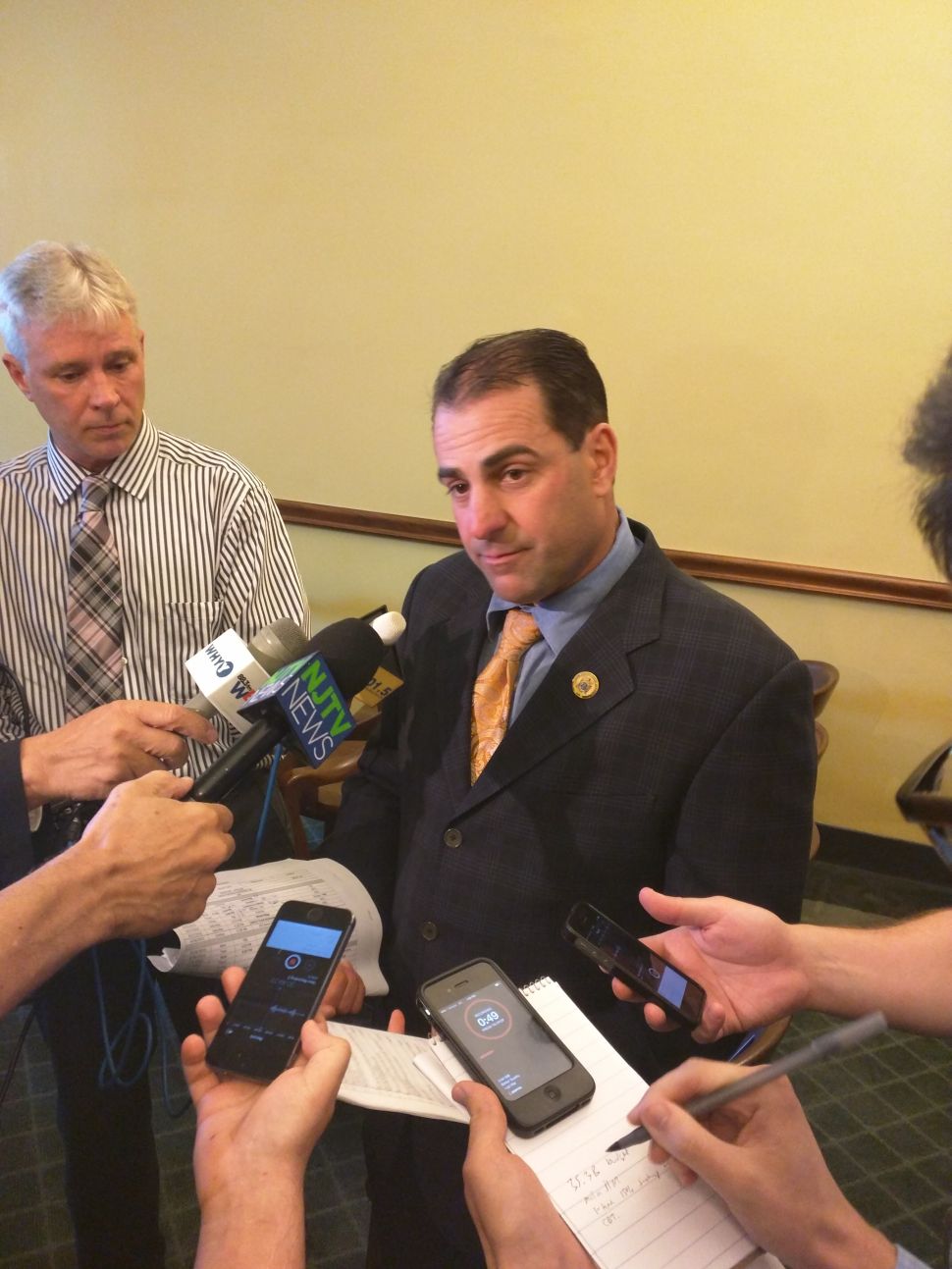