Alicia Glen, Mayor Bill de Blasio’s deputy mayor for housing and economic development, told the City Council today that obligating developers who receive the controversial 421a tax break to pay construction workers prevailing wages could result in 17,000 badly-needed below-market apartments not getting built—and argued that the demand for low-cost housing trumps the call for union jobs.

Ms. Glen told the Council’s Committee on Housing that several independent studies, including those done by Columbia University and the Citizens Budget Commission, showed that mandating real estate interests receiving the tax deduction to pay union rates would result in 30 percent fewer affordable units getting built. This figure, she said, meant “jeopardizing” some 17,000 potential apartments because of higher costs—unacceptable given what she called the city’s “housing emergency.”

“Again, those are people, not just apartments,” Ms. Glen stressed. “Maximizing affordability is our number one priority.”

Ms. Glen—a former Goldman Sachs executive—sat beside Vicki Been, commissioner of the Department of Housing Preservation and Development, and Gary Rodney, president of the New York City Housing Development Corporation. Much of the audience at the hearing wore the orange t-shirts of UP4NYC, a building trades union group formed to oppose Mr. de Blasio’s proposal to reform 421a to expand the requirements for affordable housing, but not mandate prevailing wages for construction workers.

Ms. Glen said the administration was working to incorporate construction unions into as many projects as possible, having recently signed off on deals to employ union labor on “hundreds of millions” of dollars in capital improvements at the New York City Housing Authority and “billions” in Hurricane Sandy recovery work.

“At every opportunity, where the cost of the project can absorb prevailing wage and trade, we will always, always make sure we are doing that,” she said.

In her testimony before the Council, Ms. Glen noted that the 421a credit—a frequent target for liberals—is available for most projects across the city, but developers are only required to include any affordable housing in their buildings in the so-called “geographical exclusion area” covering just 16.5 percent of the city.

With the tax break coming up for its four-year renewal in Albany, the administration has rolled out a proposal that would end the GEA and require affordable housing in rental buildings in the program citywide, while eliminating the exemption for condominiums. Any condo or co-op unit valued at more than $1.75 million would be subject to a new city “mansion tax,” the revenues of which would be dedicated to further affordable housing construction and preservation.

Developers in the program would choose from a menu of three options that would require them to create apartments for tenants of differing income ranges, particularly targeting low and middle-income earners. The abatement and affordablity period under 421a would also be extended from 25 to 35 years.

This proposal has received the endorsement of the Real Estate Board of New York, the organization representing most development interests. Ms. Glen estimated that the plan would result in the construction of 25,500 new affordable apartments over the next decade, which would house roughly 65,000 residents.

Notably, the mayor’s plan would increase the number of developments in the program obligated to pay prevailing wage to building workers such as custodians and doormen, broadening the requirement to all structures containing 30 or more units, rather than the current 50 apartment threshold. Mr. de Blasio enjoys a relatively cozy relationship with 32BJ SEIU, the union that represents such employees.

“Those are incredibly important jobs, because those workers tend to be on the lower income of the wage scale,” she said.

Despite repeatedly attacking Mr. de Blasio’s housing plan as a “giveaway” to developers, Mr. Cuomo has yet to come out with his own proposal for altering 421a, instead simply claiming there is no “clear right or wrong.” Mr. Cuomo also accused Mr. de Blasio of broaching the complex issue “late in the day” as the State Legislature wraps up the last weeks of its 2015 session—an assertion Ms. Glen bitterly refuted today.

“To me that just sounds crazy,” she told the Observer, claiming her office has been in talks with legislators about potential reforms for a long period, and that plenty of time remains to implement the de Blasio administration’s proposals. “For months and months we have been engaging with people around what the broad framework would look like, so I think that the notion that there are only three or four weeks left to make substantial changes to the program is sort of ludicrous on its face.”

But, with neither Mr. Cuomo nor newly-minted Senate Majority Leader John Flanagan—both beneficiaries of campaign contributions from REBNY—committed to reform, and the end of the legislative session looming, a simple extension of 421a in its current form appears increasingly likely. Ms. Glen called that “unacceptable” and an “indefensible outcome.”

“It will continue to stick New York City with the bill for billions of dollars in return for projects that produce little or no affordable housing,” she said.

Both Ms. Glen and Ms. Been refused to answer questions from the Observer about opposition to the proposal from the AFL-CIO, which has come at the behest of building trades unions. 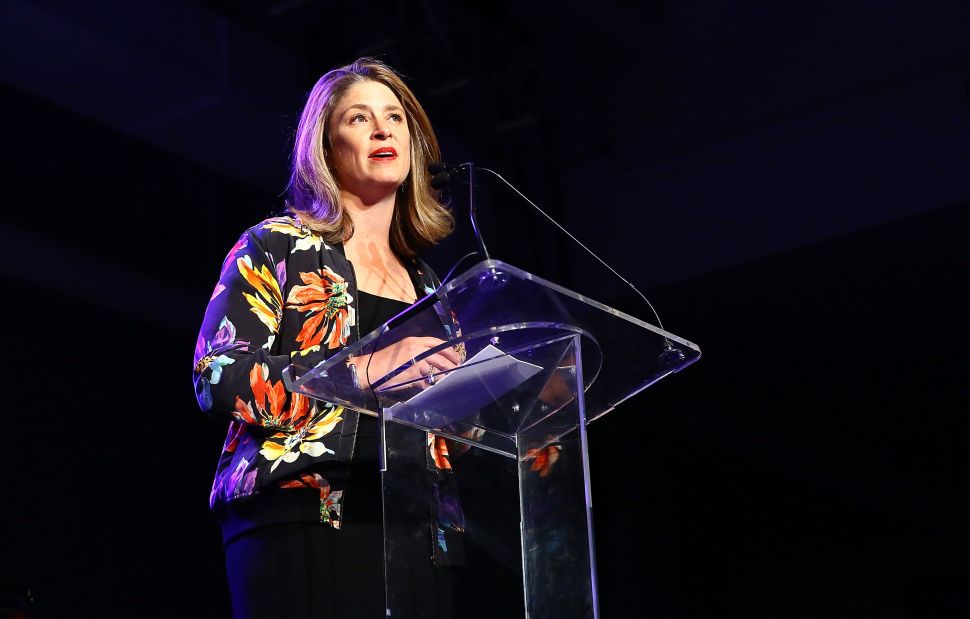