The always-changing Seaport District is opening the newest pop-up on the block, Seaport Studios. The space will feature “a rotating eclectic mix of fashion, art, food, and beverage.” Best of all, the evening will feature bites from the famed Smorgasburg food fair that usually stays across the river in Brooklyn each weekend. Expect this to become the next must-visit shopping destination—at least before Neiman Marcus rolls into town at Hudson Yards. Seaport Studios, 19 Fulton Street, 7 p.m., invite only

The cult menswear brand Bonobos, known first for overhauling the trouser collections of millions of men with poorly tailored pants, is opening another “guideshop.” The retail concept, in which guys visit the store to try on garments, place their order, and receive their selection just a few days later, sparked the stores-that-sell-nothing trend in the menswear market. The newest location, situated on lower Fifth Avenue on the corner of 17th Street, is the fourth Manhattan outpost for the brand. Bonobos Fifth Avenue, 95 Fifth Avenue, open to the public all day

DJ duo Galantis will be taking over Marquee to debut jams from their new album, Pharmacy. Expect a sold-out show and lots of diehard fans who may not have had the chance to attend the top-secret listening party last week at The Electric Room. Marquee, 289 10th Avenue, 11 p.m., open to the public

New Yorkers rejoice each year as Thrillist takes over Manhattan to bring us the “Best Day Of Your Life.” The all-day, face-stuffing, absurdity-fueled event marks the longest Saturday of the year. The revelrous affair this year kicks off with vodka cereal martinis, and includes other gluttonous treats like thick-cut bacon from Benson’s and beer and pretzel cupcakes from Prohibition Bakery. At select locations on the Lower East Side, 1 p.m., $70

Comedy’s Central’s smash hit Broad City has struck a chord with millennials, particularly in Brooklyn where the show is based. On Sunday, fans will be able to delve into the minds of the series’ stars, Abbi Jacobson and Ilana Glazer, when they appear in conversation. Their outrageous sense of humor has earned them a spot with the new guard of comics. 92 Y, 1395 Lexington Avenue, 7:30 p.m., sold out

If you are bold enough to take an extra day off, what better way to spend it than with celebs driving and putting at a world-class course? The 11th annual Hamptons Golf Classic to benefit FCancer is always an afternoon to remember, whether you opt to spend your time on the links or at the 19th hole. This year, lucky guests will enjoy a Montecristo cigar bar with hand-rolled cigars, a whiskey tasting by Glenlivet, shaving treatment from the Blind Barber, and sports massages from Oasis Day Spa. The day will continue with a BBQ lunch at the 19th hole hosted by Bounce Sporting Club. Hampton Hills Golf & Country Club, 31 County Road West Hampton, 10 a.m., $1,500 for two tickets, $3,000 for four tickets

Anyone familiar with the Manhattan party circuit knows that DJ/drummer Questlove is always down to party. The man himself will be kicking Wednesday night off at the second installment of the Mercedes Benz Evolution Tour. He will then take his rightful place in Hammerstein Ballroom’s VIP section for a set by French rockers Bastille, who will carry on to a handful of lucky cities on the tour showcasing the carmaker’s new GLA and CLA models. Hammerstein Ballroom, 311 West 34th Street, 8 p.m., invite only 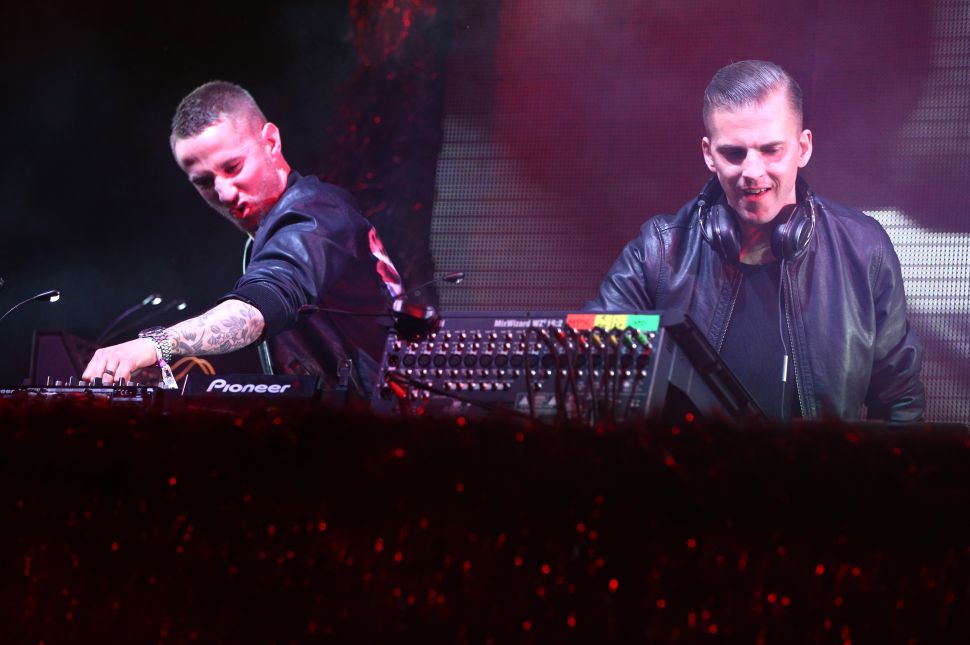