At long last, Don Draper conquers the world. “Mad Men” comes to its final destiny and Dick Whitman, risen from the dead as god king, creator/shaman Draper, sits peacefully in meditation, the American Titan’s world conquest complete. Don has done his job. He has conquered the natural world and his world ends with the perfect anthem of benign totalitarianism: A globalist horde of what in Eleanor Roosevelt’s day might have been called the “splendid people” singing together: “I’d like to teach the world to sing in perfect harmony.” This is the way the world ends, not with a bang, but with a Coke. The conquistador’s new world anthem penned not by Francis Scott Key but as a TV jingle that might have been written by the office of Sterling Cooper Draper Pryce.

Salvador Dali saw it first: In 1943 he painted “Poetry in America,” a masterpiece featuring the Aquarian Titan to rise post-war in America; the Enlightened One, identified by a candle in his head, the “Second Christ” awakening to the world for the New (American) Age, rising from the ashes of World War II and wearing a football helmet. And from the Christ wound in the chest pours not the blood of eternal salvation, but Texas oil and a Coke bottle.

World War III is coming says Ma, Founder and Executive Chairman of Alibaba Group and one the world’s richest men.

It has, since Alexander Hamilton, been the American anthem: Centralized (world) government out of Washington. Centralized (world) capital out of New York. In the old world they would first send the conquistadors, then the priests. Today we send Hillary, then we will send Bono. And that is how it will go this time as well, when we bring the challenge to China through the militarization of the East via the Trans-Pacific Partnership (TPP). Call that part of the world now, which reaches from Australia up through the Spratly Islands to Japan, America’s new near frontier.

Ken Burns’ recent documentary “The Roosevelts: An Intimate History” has Roosevelt delivering his four freedoms – freedom of speech, worship, want and fear – in his 1941 State of the Union as we entered advancing warfare, contending to his recalcitrant advisors that these were “world freedoms” and not just America freedoms, but freedoms “. . . everywhere in the world,” and he emphasized the “. . . everywhere in the world” part like a manifesto after the declaration of each. It became the American mandate for whatever would go on in Vietnam or Bosnia or Libya or Ukraine generations thereafter; mandate and manifesto of world dominance had somehow become our American birthright.

And we sensed it all along. It was on the masthead of The Liberator, in 1831, which initiated William Lloyd Garrison’s war on the South just ahead. And it was not just the recalcitrant slaveholders in Virginia they had in their sights, it was everyone in the world: “Our country is the world,” read The Liberator’s masthead. “Our countrymen are mankind.”

But now China’s Jack Ma speaks today making the exact same claims as he woos American business leaders to China. In language more Bono than Garrison or Roosevelt, he issues a soft power manifesto which could have been thrown together overnight by Sterling Cooper Draper Pryce. World War III is coming says Ma, Founder and Executive Chairman of Alibaba Group and one the world’s richest men.

“The third world war is going to happen,” he said. But no worries. It’s all good, “and this war is not between nations. In this war we work together against the disease, the poverty, the climate change – and I believe this is our future.”

But what I want to know is this: Who’s kung fu is stronger, Jack Ma’s or Don Draper’s?

In 1926, the prescient French writer and revolutionary Andre Malraux who later advised President Nixon and Henry Kissinger, proposed that the key to the future was the awakening of China. It was then to see through the glass darkly, but today it becomes clear. The key question, advised Malraux, was how would China adapt to the idea of Western individualism? And the question for us here in the West, was how would we thus adapt to the rise of China?

Almost overnight, most of the world’s advanced nations ignored the America warnings and followed Britain to the China bank.

It comes into focus this year, as the importance of China’s establishment of the Asian Infrastructure Investment Bank begins to sink in.

Several months ago, everything shifted in an inspired move by China. China established the Asian Infrastructure Investment Bank (AIIB) in October 2014 and invited Western nations and others to join. Suddenly Britain just months ago, without warning or consultation, broke with American leadership and became the first Western country to team up with the new Asian bank against heavy lobbying in opposition by America as the new Chinese bank would be in direct competition with the World Bank, traditionally headed by an American.

Almost overnight, most of the world’s advanced nations ignored the America warnings and followed Britain to the China bank.

“This past month may be remembered as the moment the United States lost its role as the underwriter of the global economic system,” claimed Lawrence Summers, Secretary of the Treasury under Bill Clinton.

The sudden big push today in Congress over the secretive TPP and presidential fast track legislation cannot be seen as separate now from China’s sudden skyrocketing in world status with the advent of the AIIB, but as a platform for American confrontation – economic, cultural, militarily – against rising China.

The World Titans today, Jack Ma, Don Draper, Hillary Clinton who as Secretary of State was chief advocate of the TPP, they all talk in riddles. But the Victorians did it better:

To quote Humpty Dumpty in Lewis Carroll’s “Through the Looking Glass”: “The question is, which is to be master — that’s all.” 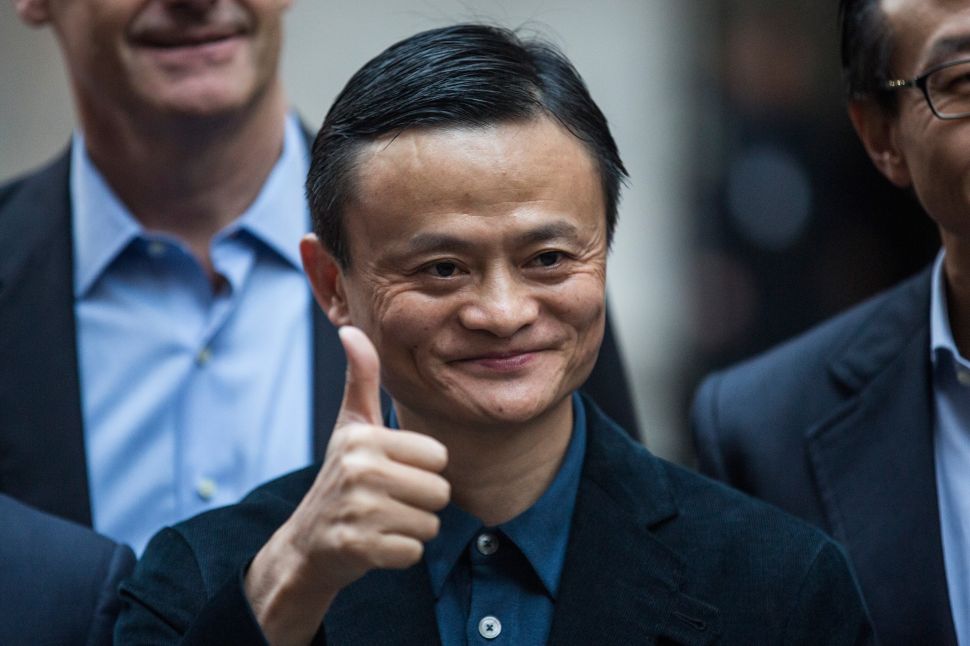