As soon as the news of a tragic racist murder in a South Carolina church broke last Wednesday night, social media got busy—hating on the mainstream media.

The night of the shooting, actor Rob Lowe tweeted just after midnight, “The media should be ashamed. 3 hours to get on air and then gives detailed suspect description WITHOUT mentioning his race.” The same night, in another tweet typical of left social media’s response, someone going by the handle 3ChicsPolitico agreed: “I am furious w/ the media. A mass shooting at a black church … & no coverage. ‪#BlackLivesMatter dammit!”

But how did Lowe and other keyboard warriors know that a white man had killed nine black people in Charleston, anyway? From the evil mainstream media so intent on concealing it, of course.

In fact, the race of the shooter, and his racist motivations, were reported quickly – and widely — along with the evidence of Roof’s attraction to white supremacist ideologies.

And why wouldn’t those details be reported? The killing of nine respectable, church-going Americans, during Bible study, by an unsympathetic, racist white thug is just the kind of story the mainstream media can do well.

The media may struggle with explanations of how institutionalized racism and poverty persist in South Carolina (or Ferguson or New York), or even to report, without bias, on police violence against individuals lacking social power, like Michael Brown or Freddie Gray. But the shooting in Charleston was not like these stories. It required neither an understanding of political economy nor the desire to transcend the politics of respectability. Give the media a clear moral narrative with good guys and bad guys — and with emotional resonance to most middle-class news consumers — and we are there. The shooting in Charleston was just such a story.

Others on social media decried the effort to “humanize” Roof as if trying to understand what motivated him – mental illness? – was not part of the media’s job. The Twitterati seemed unmollified when CNN took a break from all this humanizing to air an interview with conservative governor of Louisiana Bobby Jindal calling Roof a “monster.”

By Thursday, if you didn’t think the media was covering this recent tragedy in South Carolina—and covering it as an act of racism—you couldn’t have been reading or watching anything. The story was all over TV, and the New York Times is still running multiple top-of-the fold articles about the tragedy every day, including on Charlestown’s history of racial violence.

People felt angry and sad about what happened, and didn’t know what else to do besides blame the messenger.

When they could no longer plausibly claim that the media was neglecting the story, Twitter – along with the liberal thinkpiece industry at the Daily Beast, Washington Post, Vox and elsewhere — began railing about the media’s failure to call Roof’s crime an act of terrorism. Never mind that the word “terrorist” appeared in a New York Daily News headline by Thursday afternoon, and google searches throughout last week for “Charleston, domestic terrorism” consistently yielded over half a million hits.

Don’t get me wrong. The media coverage of race and crime is not above criticism; white perpetrators are sometimes portrayed more sympathetically than black victims. Ordinary citizens have used social media to intervene and correct biased media coverage through efforts like #iftheygunnedmedown and #BlackLivesMatter.

And in the case of Dylann Roof’s horrific slaughter of nine black human beings, the attempts of some conservative media – Fox News especially – to avoid the racial angle were inexcusable.

But Fox isn’t the mainstream media, and its response wasn’t typical, even of its own cohort. The conservative New York Post –controlled by Rupert Murdoch, just like Fox – characterized the massacre as an “atrocity” and “Pure, home grown hate” Thursday afternoon.

The mainstream media gave us all the tragic facts about Charleston last week, and promptly became a scapegoat. People felt angry and sad about what happened, and didn’t know what else to do besides blame the messenger. Media criticism stood in for politics – since gun control is seen as hopeless and racism (in isolation from other problems) has no policy solution. The travesty, though, was not the news coverage, but that Roof’s awful crime happened at all.

Much of the time, when we complain that an issue isn’t being covered by the media, what we mean is that we’re not seeing it in our Facebook feed. The problem is often our own “filter bubble,” a phrase coined by Eli Pariser, in his book of the same name, to describe how algorithms limit what we end up reading on the Internet. If you’re not seeing the stories you want to see, you may just need to read a greater variety of sources or get a better set of friends.

Or try spending some time reading and watching the news, rather than simply tweeting.

Liza Featherstone is a columnist for amNY and a visiting professor at Brooklyn College. 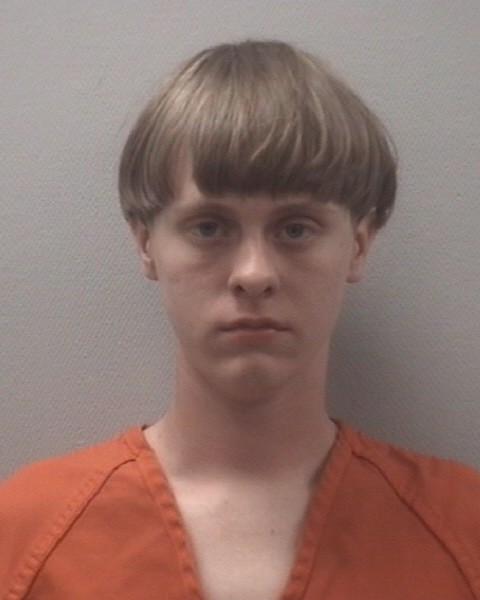