On June 6th, FC Barcelona defeated Italy’s Juventus to claim the 2014/2015 UEFA Champions League Title. It was their fourth such title in the last ten years. But more importantly, it capped off a historic season that saw the Catalan club win three trophies.

In mid-May, the clinched the Spanish League and two weeks later, they defeated Athletic Bilbao to win the Spanish Cup (this beauty by Messi helped the efforts.)

What a difference a few months make, for it was in January that the club was in seeming disarray.

It all began with a shock 1-0 defeat to Real Sociedad on January 4th. The loss brought the Catalans down to second place in the Spanish League standings. The following week, the proverbial ish began to hit the fan. Starters were benched, coaches and players exchanged heated words and officials resigned.

Rumors surfaced that Lionel Messi, the best player in the world and an FC Barcelona player since the age of 12, wanted to leave. As this summary points out, things were not good at the Camp Nou.

Post-mortem, we’re all experts in analyzing what went wrong or what we should have fixed. Logic and reason however, are often hard to find in the midst of a crisis.

In continuing the run of play with FC Barcelona, I’ve always been a fan of former manager Pep Guardiola’s calm demeanor in the face of stress. I mean, being in the limelight and managing one of the biggest brands in the world must be a whole new level of stress.

There is a Catalan term known as seny. It roughly translates to “sense” and means a sort of cool headed and calmness, an ability to see things clearly.  A National Geographic anthropologist defined seny as “a kind of refined good sense and self-realization.”

At the 2009 UEFA Super Cup, FC Barcelona found themselves going into extra-time against Ukrainian power-house Shakhtar Donetsk. Nothing was going Barcelona’s way and an extra 30 minutes would be needed to break the 0-0 deadlock.

Pep Guardiola, born and raised in Barcelona, and thus Catalan, exemplified the term when he rallied his men by telling them to

“Hold on to the ball…play to keep the ball and move forward…stick to our game…do things right. If we hold on to the ball, we can do what we know how to do. And in 30 minutes we will find the goal, don’t worry. Really. Don’t worry about anything. Do what you know. With patience. Let’s not go crazy because they will get to us. Have patience. We will stick to our game plan, as always.”

Pep just needed to change out of his suit and put on the kit! He told the team to remain calm, stick to what they know and above all to have patience. If they did that, he said, they would find the goal. And in the 115 minute, 5 minutes away from the cruel penalty kicks, Pedro found the back of the net and FC Barcelona held on to win the 2009 UEFA Super Cup.

When we’re thrust into turmoil, be it in our personal or professional lives, the first instinct is to panic and change everything. How often do we see a CEO let go when a company has a bad quarter? Or what about Real Madrid, who cycle through managers and players with no regard for patience and long term planning? We hit the panic button long before we think things through with clarity and good judgment.

As Teddy Roosevelt put it, what we need is “…not courage but nerve control, cool-headedness.”

And besides, when has panicking ever helped anyone or any company? “Oh man, I’m so glad I made that decision in a rushed and illogical manner” said no one ever.

Part of the problem with our decision making under duress is that we’re too close to our own situation. Think about the last time your friend came to you with a concern. Did you notice how quickly you came to a solution for him/her? The problem most likely seemed unsolvable to your friend, but in an instant you were able to solve it and provide valuable advice. It’s because you were viewing the problem objectively, from a distance. What if we were able to take that same objective stance with our own lives? Then maybe we could prevent panicking and irrationality in our governing our decision-making.

In Decisive, authors Dan and Chip Heath present an interesting way to apply objectivity to your problems. When faced with a seemingly difficult dilemma, ask yourself “what would I advise my best friend to do in this situation?” It’s surprisingly simple question that changes our perspective and allows us to work through our challenges in a clear and effective way.

Perhaps more importantly than changing our perspective, it reiterates the notion of staying calm and collected. You wouldn’t tell your best friend to panic, would you? And by separating ourselves from our problems, we keep a healthy perspective that will allow us to find that solution.

Staying within reason and learning to view situations objectively will help you get through whatever ordeal you’re currently pressed with. Of course, we will make mistakes and decisions based on passion rather than logic more times than we would like.

The Catalans, the sensible and levelheaded people that introduced us to seny, have a word for it’s opposite. Rauxa is a sudden and unbridled outburst of passion. Even Pep Guardiola, the manager who re-invented the way FC Barcelona play football and who now manages German champions Bayern Munich, has been overtaken by episodes of Rauxa. But the first step to clarity begins with awareness and a conscious choice to do something about it. And it’s that clarity and reason that will keep you from panicking when your job, your personal life or your championship hopes seem to be fleeting before your eyes. Just ask the guys at FC Barcelona. 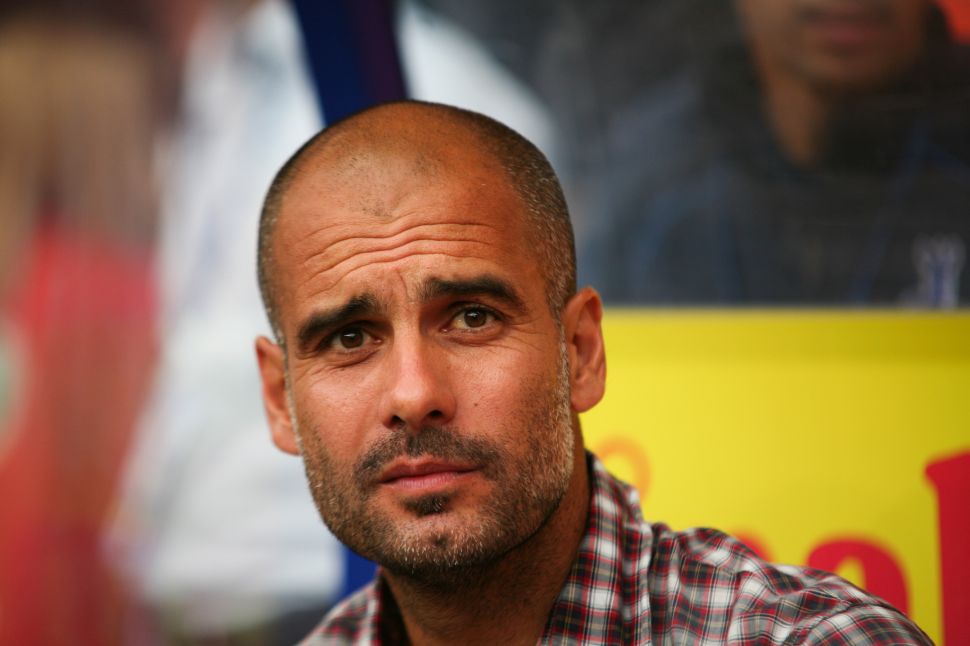