Emily Reo shares her creative energies with the musical community, but remains careful to save some juice for herself. Though the 26-year-old composer lends her vocals, synthesizer and other electronics to the live incarnation of musician Warren Hildebrand’s Foxes In Fiction, the bedroom pop project at the center of his Orchid Tapes label, it’s Emily’s solo work that has the Observer entranced.

‘The new Silent Barn is the strongest community space Brooklyn has right now.’

Emily’s last LP, 2013’s Olive Juice, conceives a pop landscape simultaneously synthetic and lush, as if faint traces of Beach House’s ethereal spell-casting witchery blended with Dan Deacon’s trippy, swelling loops. But such pastiches fail at describing Emily’s sound— she is not easily quantified. An old soul with a deep reverence for the textures of modern electronics, Emily is equally capable of covering a Neil Young song as a song by Built to Spill.

The Observer caught up with Emily just after her recent move from California back to New York, returning to DIY venue Silent Barn in her old neighborhood of Bushwick for a busy weekend of music, both solo and with Foxes In Fiction.

I remember when Silent Barn was over in Ridgewood, Queens, and you were with the FMLY collective back then. A consistent trait of the local musicians out here seems to be that community matters to them. A place to grow, reflect ideas, build an audience, a scene…

The new Silent Barn is the strongest community space Brooklyn has right now. They’re making a really big effort to be more than a show space and give back to both the transplant community of artists flocking and the community that existed before the area started to become gentrified, too. New venues and art spaces obviously contribute to rapid rent increases and an ever-changing environment, so to me the most important thing a community space can do is make sure there is something to benefit everyone, especially the pre-existing population that might be struggling to afford or feel at home within their neighborhood.

How has joining with Orchid Tapes changed your presence in the scene… is it still a communal relationship?

I think Warren and I have been talking about doing a release together for longer than we’ve been playing music together. I’ve been a fan of [that label] for a long time—its purpose differs a lot from FMLY, which was a much looser idea [rather] than a functioning business. But OT is the closest thing I’ve seen to a community—the label isn’t collectively run, but the people involved feel like a family. And playing with Foxes is a total dream. Warren is one of the kindest and most talented people I’ve ever met, no exaggeration or superlative. I’ve been in love with his music for years and it’s been an incredible experience to get to tour the world with him and still get goosebumps every night on stage.

I have this internal debate all the time. Part of me wants to be a purist that makes art for art’s sake, and the other part of me wants to attain financial success, simply because making music is what I want to do with my life and most people need to choose career paths to survive. But talking about slimy subjects like monetization or marketability in relation to creative expression degrades the whole process in my mind. The music industry generally makes me feel uncomfortable, and I don’t have a manager, a booking agent, or anyone to do PR for me… it’s always just been me. I built my own studio to record in. I don’t go to SXSW or play shows put on by organizations that I feel are problematic. But there might come a time when I decide to try some of those things, because everyone needs to eat and pay rent. I think this is more necessity than a hypocrisy, but it’s important for everyone to maintain a strong moral code and not compromise your creative process or vision in order to succeed.

‘It’s important for everyone to maintain a strong moral code and not compromise your creative process or vision in order to succeed.’

What’s your take on DIY in Bushwick now, since you left the city and came back? This place is next in line to be gentrified after all… or is that really ever going to happen?

Bushwick is already gentrified and it’s just going to keep spreading. It seems like the real estate market is what NYC’s economy is becoming based on at this point. Most of my friends in Bushwick pay the same rent as I do in Park Slope, more than most of Brooklyn and much of Manhattan. But even so, the DIY spaces seem to be better than ever, which is surprising and refreshing after witnessing what’s happened to Williamsburg’s scene. I think a big part of the success at Bushwick spaces is that they’re predominantly self-run or live-in spaces run by folks who prioritize community over profit, which you don’t see happening much elsewhere anymore.

I also want to know about your work, too. What’s new on the horizon for you? What has you really inspired right now?

I’m in the process of recording my second full-length LP, which I’m hoping to have out next spring! I’m a perfectionist and pretty slow when it comes to writing and recording, but everything is coming together nicely and I’ve started playing some new material at shows. I’m also finalizing a fun smaller release for Orchid Tapes that will be out by the end of this year, which I’m extremely proud of and excited to share. The OT community has been inspiring me a lot, because it’s fun to listen to your friends. The Epoch folks as well have been releasing some great music, and I’m generally just interested in seeing how collectives function, especially ones that have so much overlapping collaboration and still manage to maintain autonomous sounds within every project. 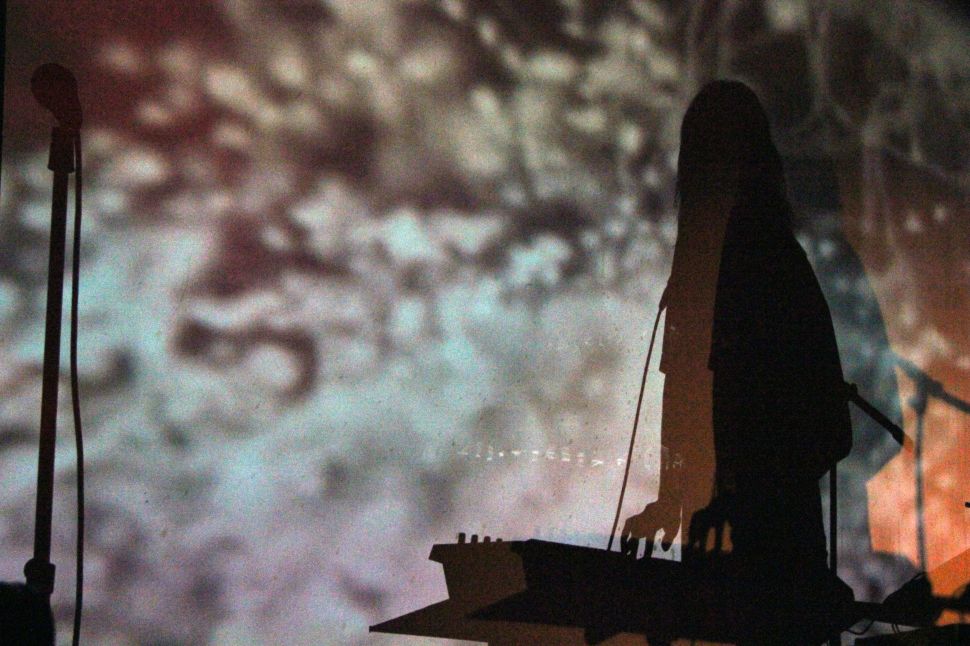