Perfect night for Dashboard Confessional at the pier! No place we'd rather be! #Pier97 pic.twitter.com/lm3UrVFJOs

Where did I spend $52 on a bottle of wine on Friday night might you ask? At the Coach-sponsored (LOL) Dashboard Confessional and Third Eye Blind concert. Why? Because stacks of wine were sold out and the only alternative was a non-twist-off bottle of expensive-ass wine that resulted in hoards of 25-35 year-old annoyed bros and hipsters (former emo kids) waiting impatiently for their alcohol. For a nostalgic kind of concert like this, you needed the alcohol.

Unsurprisingly (or surprisingly, if you’ve never heard of Dashboard Confessional or Third Eye Blind), it was the gathering of (mostly) the bros on the Hudson River’s Pier 97, where, at 6:40 p.m. on a Friday night, Dashboard took the stage. (Who starts a show at 6:40 p.m. in New York ever? Aren’t most people still at work? I bet tons of concert-goers sweated off a small child trying to rush to the performance to see die-hard nostalgic frat boys fist-pump their way through “Semi-Charmed Life.”)

While Carraba entertained the audience with emo kid favorites like “Screaming Infidelities,” “Stolen” and “Vindicated,” the bros and reformed emo kids with sleeve tattoos sang in unison (trying not to cry) to DC’s memorable “Hands Down,” while raising their fists every time Carraba jumped up-and-down onstage. The crowd even forgave Carraba for forgetting the words to the classic “The Ghost of A Good Thing.” At the end of Dashboard’s performance, Carraba looked like he might break his guitar onstage (which wouldn’t have been surprising). Ultimately, can you blame Carraba for trying to be a cool kid still on stage? You can’t: he’s going to be releasing a new Dashboard record soon.

We love you, New York. What a night. pic.twitter.com/ILqx0kMecu

For anyone with any taste in music whatsoever, Dashboard was the highlight of the show—mainly because Third Eye Blind’s Stephan Jenkins can’t sing for shit anymore—probably because of his prior addiction to crystal meth (or voice burnout). When Jenkins sang one of my personal favorite 3EB songs onstage, “Blinded,” I cringed so hard I thought I might cry because his singing had just become that bad. If you put on a 3EB record, his voice is still (relatively) enjoyable. If you attended Friday’s show, you’d find it painful and want to cry. I will hand it to Jenkins though, he does always play the crowd-pleasers; fans got to hear “How’s It Gonna Be,” “Motorcycle Drive By” and “Jumper.” Jenkins did stump the audience when he played Beyoncé’s “Mine”—no one could seem to figure that one out until the end.

All in all, I’d pay to see Dashboard Confessional again, but Third Eye Blind may have hit peak retirement.

Top (cringe-worthy) quotes from the night:

“How deep can I go?”—Carraba to the crowd

“I do a lot of pushups, but you make me look good.”—Carraba to the crowd

“The power of superheroes is real.”—Carraba talking about “Vindicated”

“This song is about the best day I ever had.”—Carraba talking about “Hands Down” 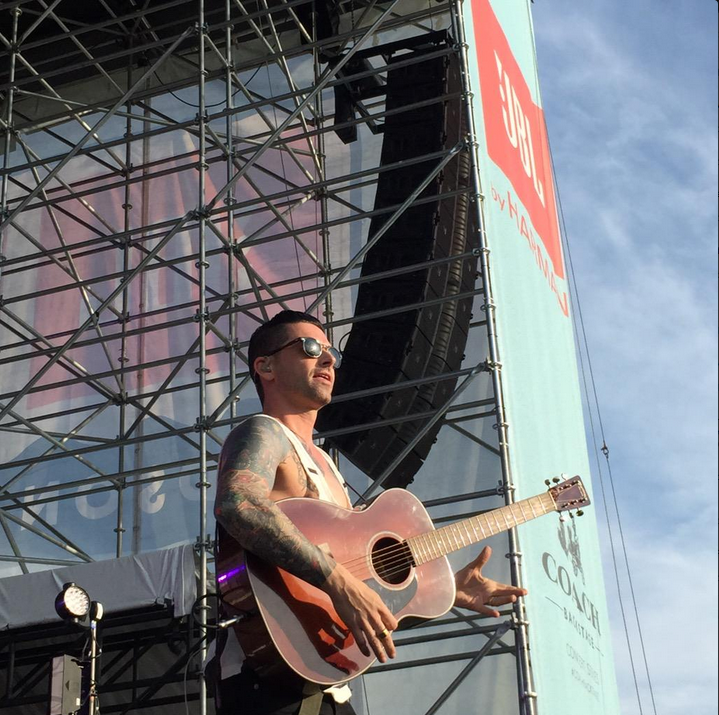