It doesn’t take years of Internet-ing to learn the web’s cardinal rule of commenting, that reading the comments on even the most innocuous listicle can quickly turn into a sin. Beneath an article or on a product page lies the Internet’s dirtiest laundry: Spiteful trolls and playful sarcastics bookend meaningful quips and old people using Internet Explorer who don’t quite know where they’ve landed.

Yesterday, the plot thickened, this time in favor of more limited online speech: The European Court of Human Rights (ECHR) ruled that Delfi, an Estonian news site, “may be held responsible for anonymous and allegedly defamatory comments from its readers,” as Ars Technica UK reported last night.

According to ECHR’s ruling, Delfi alleged that it was being unduly “held liable” for comments posted on its site. In the court’s review of the comment procedure, Delfi, as one of the leadings news sources in Estonia, posted over 300 articles a day that received nearly 10,000 daily comments. These comments could be flagged and reported, but were largely unregulated by the news site’s staff. The government alleged that Delfi had a “notorious history of publishing defamatory and degrading comments,” and called it a source of “brutal and arrogant mockery.”

Most of the suit centers on the vitriol directed towards L, an anonymous member of a public ferry transport service’s supervisory board in the news after a 2006 debate about ice roads (patches of frozen sea that the ferry service traverses). The most foul twenty comments in question? They range from “Rascal!!” to “go and drown yourself”, so basically something along the lines of Sunday night Twitter after a particularly brutal episode of Game of Thrones (in that case, you know nothing, ECHR).

What this means for online freedom of speech remains to be seen. Though this foreign court obviously isn’t bound to our same constitutional freedoms (and is largely toothless, it seems, in enforcing these rulings, according to Ars Technica), this does open a unique debate about privacy and the nature of commenting. In the decision, the European court acknowledged the changing nature of news, where editorial processes involve (and often invite) user feedback and debate, and Delfi held that its practices did enough to monitor comments that didn’t meet its standards.

Even without the cloak of anonymity, whether you’re your worst or best self on the Internet, the comment section is where people are their freest, to troll, to engage or to post their thoughts on Donald Trump’s presidential campaign in all caps. The line between moderation and censorship has always been contention, but this new European decision grays the responsibility between a comment’s author and its website host. 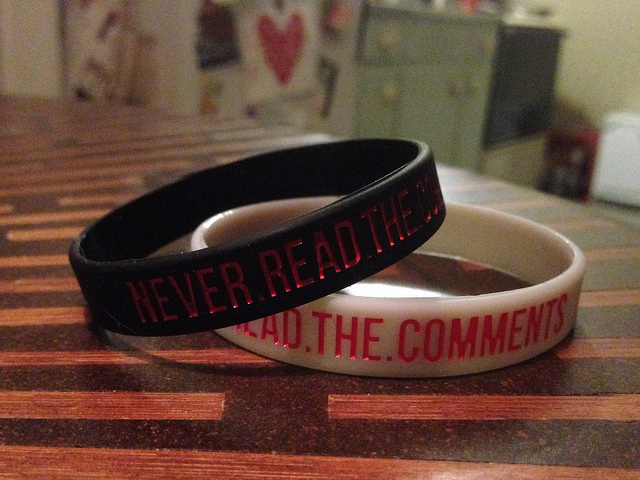