EveNews24, one of the big websites covering the virtual universe that is EVE Online, approaches journalism about its topic pretty much the same way that real world journalists do, according to its current editor-in-chief, Bob van den Bosch. Except they modify it with a bit of “chillzone,” as he puts it. After all, EVE is a game or simulation (depending on who you ask). It’s not real life. Which isn’t to say it doesn’t matter.

Mr. van den Bosch (known online as Bobmon) walked the Observer through how he fosters good reporting, motivates his writers and encourages them to scratch their creative itches with the site he runs.

“EVE reporting always seeks to imitate real life, but we’re not,” he said at EVE Fanfest 2015.

We recently explored the growing field of journalism inside virtual worlds. This sector is only likely to grow as new sandbox games come out and more technology makes these experiences increasingly immerseive.

“I don’t want to say anything that will risk my position in my alliance, which is more important to me than my news site,” Mr. van den Bosch said during his presentation.

This is probably the most important thing to understand about everyone covering this universe based on servers run by CCP, the Icelandic company that created EVE: the writers are all really playing. They all really want to rise up in the game and for most players that means taking on more responsibility and authority within their alliance. Alliances are teams of players (sometimes numbered in the hundreds or thousands) who have banded together to control a specific region of space or achieve other in-game goals, in terms of money or firepower.

Which isn’t  to say that they aren’t completely divorced from the action. Then again, neither are political reporters.

EveNews24 was founded by a gamer known online as Riverini. He still writes, but he let Mr. van den Bosch take over the editorial helm two years ago, in part because Mr. van den Bosch’s past role as an executive in another large alliance gave him a lot of key contacts he could reach out to for stories, most of which he’s in touch with continuously over Skype, he told us.

Mr. van den Bosch is now a member of Pandemic Legion, one of the Alliances known for including lots of old school players.

“I’m a member of the #REKKINGCREW, which is a smaller, specialized group of individuals who are famous for killing the most Supers and Titans in the past few years,” he said in an email after his presentation.

An aside on ISK

EveNews24’s journalists are basically volunteers. Writers do get paid, but they get paid in ISK; the site is also supported by sponsors of EVE-related businesses.

ISK is the in-game currency that lets players buy ships, weapons and PLEX. PLEX is the main way ISK effectively turns into real money. One PLEX is worth 30 days of game play, so the best players really don’t have to pay for access to EVE anymore. CCP seriously cracks down on ISK turning into real life goods or services in other ways, however, so stories about $9,000 spaceships are a little overblown.

Buying a PLEX straight from CCP costs $19.95. Buying a month of game time costs $14.95. PLEX can also be traded in the game for ISK. It’s a way for new players to get their hands on some ISK so they can start in a better ship or otherwise gain some ground on the veterans.

“We have to post the truth,” Mr. van den Bosch said in his talk, though he also describes it on one slide as fake characters doing real things. For his part,  he loves reports on the battles and stories about players or alliances getting scammed by an in-game hustler.

The site also publishes regularly updated maps of sovereignty across the universe.

Old school journalism is key for the large events, like battles and war. It can be hard for a writer to get the big picture from inside a battle. That said, Mr. van den Bosch’s writers also have a good network of high level leaders who run the imbroglios from either side. Interviewing those leaders helps to get a broader perspective than the first person view can yield.

“In terms of objectivity, we let our writers choice for themselves what they want to write about,” Mr.van den Bosch said. “It could be that they’d rather not touch a story because they were either involved or the group that they play with. Our editorial team also looks at the stories before they go up, so they get checked a lot to see if a story is correct.”

During his presentation, Mr. van den Bosch posted these guidelines for his writers:

That said, he also acknowledges that the stakes are a bit lower for in-game journalism. EVE is important to its players and lots of time and energy gets put into it, but at the end of the day it’s not real life and death and it’s not (really) real money.

And that’s why the editors can be a bit more “chillzone.”

Mr. van den Bosch said there was a time when some alliances discouraged members from writing for the site, even to the point of kicking them out. He believes that the site has managed to iron out the politics that led to this tension, it tries to get a broad representation of writers from lots of groups to help ease any fear of bias toward one alliance or another.

And while writers go out of their way to assure the commanders of their respective alliances that they are not going to give up secrets, that doesn’t mean they won’t let other players do so if they want. The site has a page where players can anonymously post intel about plans of different groups. If one gets a scoop this way, they will run with it.

Of course, this creates another journalistic challenge for the site: since it is anonymous, a player could be posting false intel hoping to lure another alliance to make a wrong move. Still, the site loves these kinds of stories and encourages leaks every way it can.

Here’s one way you know that journalism about EVE is nothing like journalism in the real world: EveNews24 writers love the comments section. “EVE is a game that often drives off drama,” Mr. van den Bosch said.

The editorial staff uses comments to flesh out their stories, improve accuracy and engage with their community. They do not see it as a dungeon filled with trolls.

Which, in the end, is proof of what Mr. van den Bosch readily admits: covering EVE is not the same as covering the real world. 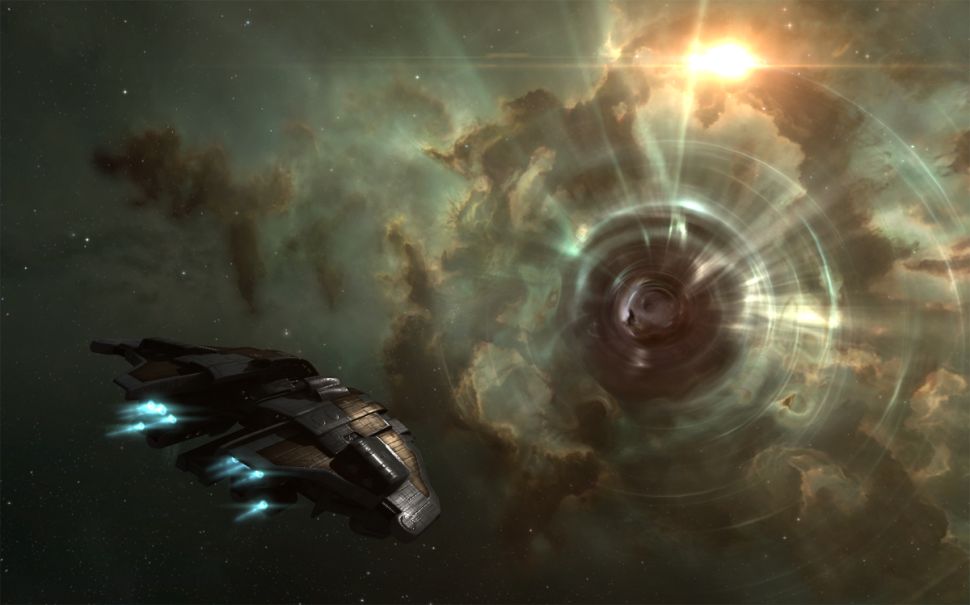