Father’s Day is right around the corner people! Better head to the store to pick up some power tools or baseball mitts if you haven’t already gotten Dad a present yet, ya rascal. This is a fine time of year, a good time to reflect on the man our fathers are, the people they taught us to be, and how they measure up to Game of Thrones‘ Stannis Baratheon.

Take my father, for example. He’s an inspiration to me, no doubt. Over a long career in and around theater, he’s held numerous esteemed titles in a field that he loves, that he’s passionate for. He worked hard for it. No one can take that long, fulfilling path away from him, or claim he didn’t earn it.

Much like no one can claim Stannis of House Baratheon,, does not have the best claim to the Iron Throne, where he rightfully would sit as King of the Andals and the First Men, Lord of the Seven Kingdoms and Protector of the Realm.

My precociousness as a child led to many a trip to the emergency room. Classic kid stuff! I don’t know how I would have made it through the bloody noses and broken bones, without my father there, strong and unyielding, telling me that I would be okay. I still remember, after a particularly nasty high school football concussion, my father’s face being the first I saw on the field.

The again, if you think about it, concussions are a lot easier to deal with than Greyscale, the seemingly incurable disease that afflicted Shireen, the daughter of Stannis Baratheon, the man who smashed the Greyjoy fleet during Robert’s rebellion. Stannis rounded up every Maester available and cured the shit out of that Greyscale. Okay, points Stannis

Dad not only dealt with me, but he also successful raised my older sister. Oh man, we couldn’t be more different! She went into medicine, while here I am with my writing. Oh, the fights we used to have when we were young.

I must stop here and mention that although we had our disagreements, it’s nice to know that my sister is not a grotesque shadow monster birthed from a combination of dark magic and adultery, used as a weapon to sneak through the defenses of my uncle and murder him in cold blood. This would be normal, had my father been Stannis Baratheon, Lord of Dragonstone.

Boy was I a handful growing up! I can’t count on one hand how many times my school phoned home, delivering the news I’d acted up again in class. Oh, boy. Those were the times. And my father was always patient. He took it in stride. He knew that I was a free spirit, and he fostered that, while still keeping me in line.

It’s worth noting that at no point, not even one time, did my father order me tied to a post and burnt alive, as he and his dilapidated army looked on and my screams rang out in the cold. Not even once, no matter how much a Red Priestess from Asshai  proclaimed him to be the second coming of the great hero Azor Ahai, the only hope Westeros has against the coming Darkness. Then again my father wasn’t one for hyperbole. Okay, points my dad.

So here’s to many more Father’s Days Dad, and to all Dads, and to many more years of love and support, and your seemingly unending willingness to have my back, no matter what.

And here’s to hoping you don’t end up in the most one-sided battle in Westeros’ history against the world’s most sadistic bastard, leaning against the trunk of a tree as knight — or is that a woman? — bears down on you spouting accusations of fratricide. That’s a lame way to go, no matter how noble you take it. I guess it’s karma for the loveless marriage and the shadow monster murder and melting your stone daughter. My dad doesn’t have to worry about those things, because my dad is not Stannis Baratheon. 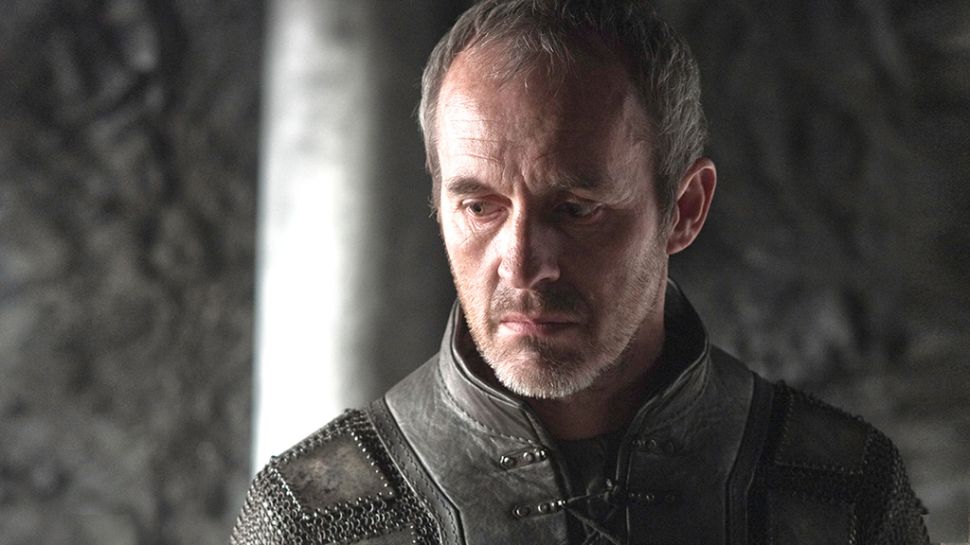