Daniel Nigro, a firefighter since he was 21 and the FDNY’s commissioner since last June, is charged with diversifying a department that is overwhelmingly male and nearly 90 percent white. At a recent interview in his office, Mr. Nigro, 66, chatted about the department’s ongoing diversity dilemma, his agony on 9/11, and the way firefighters have “fun.”

Former Mayor Michael Bloomberg aggressively resisted a lawsuit that charged the FDNY with discriminating against minorities in its hiring practices. Do you think the lawsuit, and the way a federal judge ultimately ordered the department to diversify, was fair?

It’s pretty obvious that we were an agency that lacked diversity and I couldn’t see how the judge could see it any other way—that the department needed to diversify and somehow it had not been able to do it. So, listening to the arguments, the judge said, “Well, you’ve been unable to do it on your own so this is what we’re going to do.”

Why is the FDNY so white?

I think people saw it as a white job and [thought], “Maybe I wouldn’t be comfortable there.” It’s not good that we were not able to tell them that that it isn’t.

One of your predecessors, Thomas Von Essen, who served as commissioner from 1996 to the end of 2001, recently said there was gay-bashing, anti-Semitism and sexism in the FDNY.

I have great respect for all of our past fire commissioners—but the last time he was in a firehouse, the period he’s talking about, was back a few decades and if I were to go back to my father’s time in the department, the mere thought of women in the firehouse or openly gay people in the firehouse, would be foreign to them. This is a new era.

You were a firefighter on September 11, 2001. What goes through your mind when you see the new One World Trade Center?

I’m not someone who feels that it’s a victory—that we’ve now won. There’s an ongoing situation with terrorism so I think it’s a great achievement for the people that built it. I was up on the observation area two weeks ago. I’d seen the building—it’s refreshing—but certainly, America can’t take a victory lap and say, “It’s O.K., we’ve won, it’s over.”

Firefighters call the 1970s and ’80s the “war years,” because of the high rates of arsons and fires. What was it like being a firefighter when the Bronx was burning?

Most firefighters will tell you it was fun. I mean most firefighters like to put out fires—if they didn’t, they’d be doing something else. So there were plenty of fires to put out—they were challenging, they were difficult, but we learned a lot very quickly. For the city overall, of course, it was a sad time.

As of right now, define the Daniel Nigro legacy.

This interview appeared in the June 15 print edition of The New York Observer. 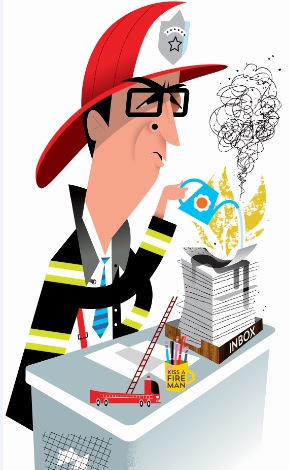