Both Governor Christie and New Jersey legislature receive poor marks from voters, and most believe weak political leadership is to blame for the spate of problems vexing the state. These and other findings emerge from the most recent statewide survey of registered voters conducted by Fairleigh Dickinson University’s PublicMind.

Beginning with Governor Christie, who is still mired in approval ratings that are far beneath where they should be for a presidential aspirant, 30 percent regard him favorably, with significantly more who say they disapprove (55%).  His approval is down from where it was in April, the last time voters were asked to weigh in, with 36 percent approving and 50 percent disapproving.

“The good news is that none of his potential presidential opponents have emerged with a decisive lead yet. The bad news is that he is the governor in a state where a sizable majority give a thumbs down to his leadership,” said Krista Jenkins, professor of political science and director of PublicMind.

When it comes to thinking back over how opinions may have changed concerning the Governor, at least a plurality – including Republicans – say they like Christie less than when he first took office. Just over four-in-ten (42%) say their opinion of the Governor has changed for the worse since taking office. In contrast, more than one-in-ten (13%) say they’ve grown to like him more over the years.  Forty-one percent say their opinion has remained unchanged.

“As difficult as these numbers may seem, they need to be understood within the context of the problems the state continues to deal with  — many of which he inherited —  and his place as a second term governor fighting against the usual problem of incumbent fatigue among the electorate,” said Jenkins. “And, as can be seen in some of the other numbers from this survey, the Governor is not the only one who is disappointing the electorate.”

The state legislature is also evaluated poorly.  Barely a quarter (24%) of respondents approve of the job it is collectively doing in addressing the state’s problems, with many more (44%) disapproving.  Democrats feel slightly less negative toward the legislature, which is not surprising given the majority of Democrats in both the state and legislature.  “But the survey paints a portrait of widespread feelings of disaffection toward state leaders,” said Jenkins.

“Voters appear to feel abandoned by their leaders. Those at the helm in state government are clearly letting those whom they represent down,” said Jenkins. “With sentiments like these, state legislators will more than likely face an unhappy electorate in a few months.”

Poor leadership is contributing to worry over the direction the state is headed, as well as what voters believe is the reason behind some of the state’s most significant problems. A clear majority say the state is moving down the wrong path. Concern over the state’s general direction (57%) greatly exceeds the percent of those who are content with the state’s overall well-being (28%).

And, when asked what voters believe is the most pressing problem, opinion is divided among a variety of options, with the public employee pension system (23%) and unemployment (21%) garnering the highest percentages. Almost half of public employee union households (45%) believe fixing the pension system is the most pressing problem compared with fewer than half (17%) of those who reside in non-union households. And the state’s youngest voters are the most concerned about unemployment in the state, with 31 percent of 18 to 34 year-olds identifying the state’s stubborn high unemployment rate as the most worrisome trend.

What is clear, however, is that 50 percent of Garden State voters say political leaders are to blame for stifling solutions to the state’s problems. Significantly fewer believe a divided public (19%) and not enough money (23%) are to blame.

“All of the state’s problems are fixable. At least according to voters, the money and political will are there. Unfortunately, they don’t see political leaders willing to stick their neck out and expend the political capital to fix them,” said Jenkins.

Methodology – The Fairleigh Dickinson University PublicMind survey was conducted by landline and cellular telephone June 15-21, 2015 among a random statewide sample of 792 self-identified registered voters. Results have a margin of sampling error of +/- 3.7 points, including design effect. 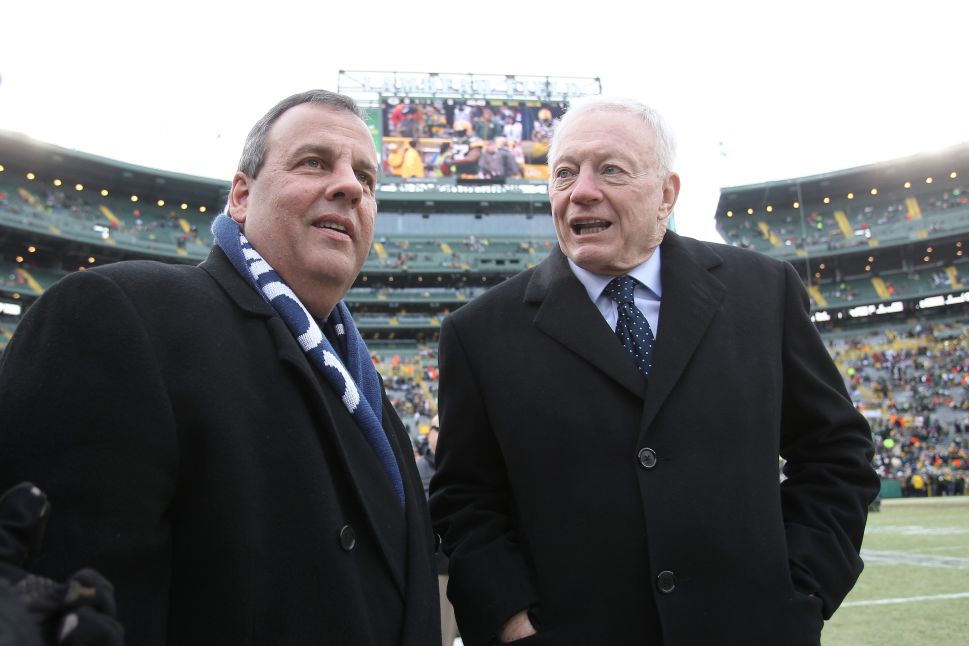