Downtown used to be where people worked, not lived or played. But it’s now home to some of the most dynamic development in Manhattan, while demand continues to increase. Indeed, according to Platinum Properties, in the first quarter of 2015, the average sales price of two-bedroom units increased more than 20 percent over the same period in 2014, while one-bedrooms increased more than 13 percent since the last quarter of 2014.

And 50 West may be the highest-profile new building in the area, but it’s hardly alone. Below, details on some of the most noteworthy additions to the neighborhood.

Project: GFI Development’s Beekman Residences, brokered by Fredrik Eklund and John Gomes of Douglas Elliman, are part of the larger Beekman development, which includes a historic 10-story property built in 1881-1883 that is becoming The Beekman, a Thompson Hotel. It will be conjoined with a 51-story Residence luxury condo tower, with interiors by Thomas Juul-

Hansen, to be operated by Thompson; both buildings will be LEED-certified.

Units available: about 50 percent of 68 units.

Pricing: $1.2 million to more than $15 million for one of two full-floor penthouses.

limestone-and-concrete condo building will offer 14-foot ceilings, white oak flooring and bay windows, along with finishes such as Bilotta cabinets in the kitchen and chinchilla mink marble slab bathtubs and radiant heat flooring in the bathrooms.

Amenities: The residential portion, managed by the Four Seasons (the lower floors will house a 189-room Four Seasons hotel), gives buyers access to the hotel’s room and concierge services; the 38th floor features amenities such as a vaulted conservatory with a baby grand piano, a children’s playroom, a yoga studio, and two double-height loggias. Other amenities include a 75-foot swimming pool and access to the Four Seasons spa and salon. 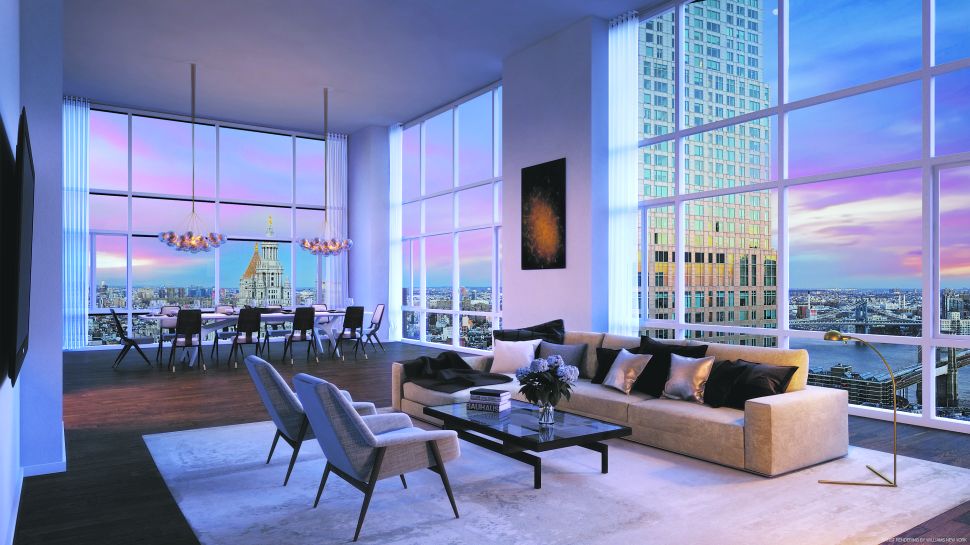